Just over a month since the launch of the MAGNiTT’s MENA State of Startups, MAGNiTT today releases its latest statistics on the state of MENA funding based on proprietary data and publicly disclosed transactions. 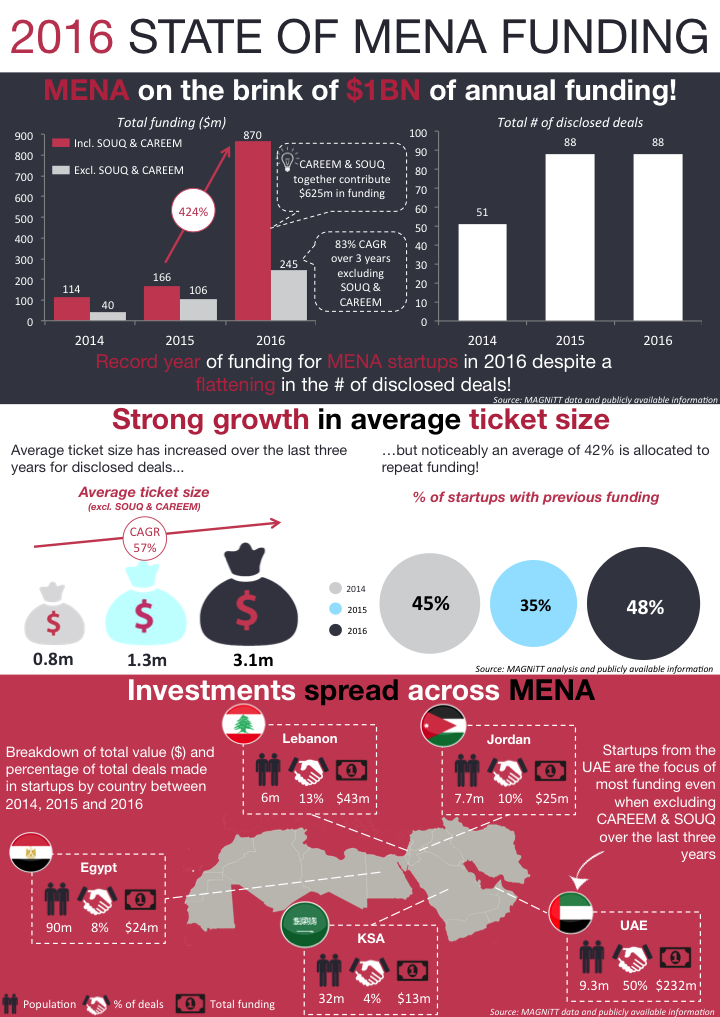 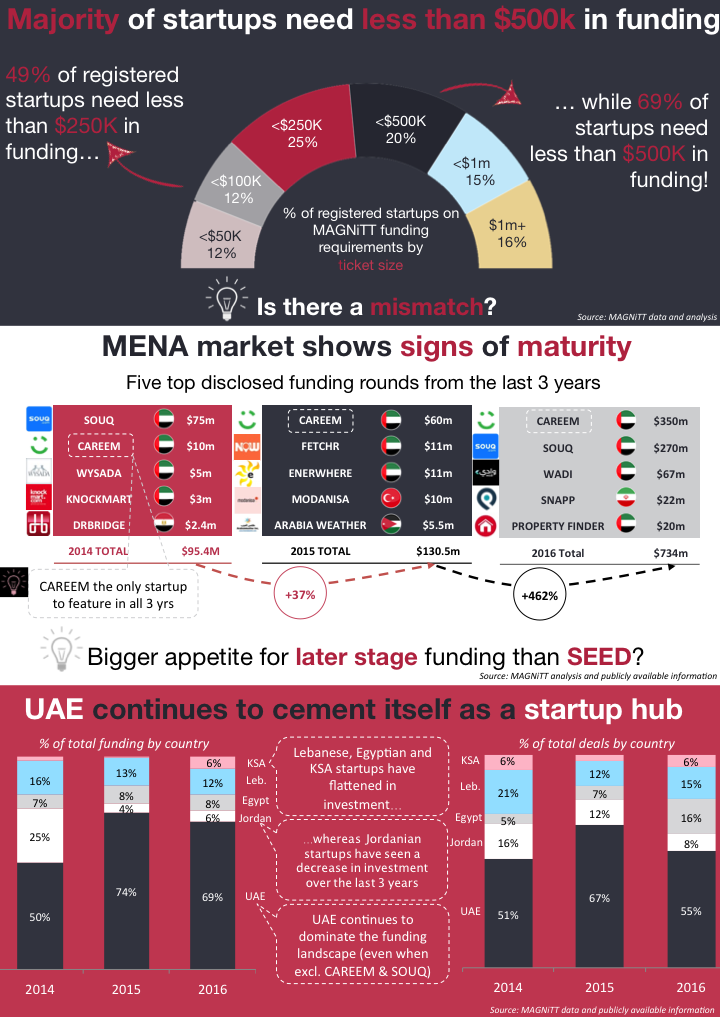 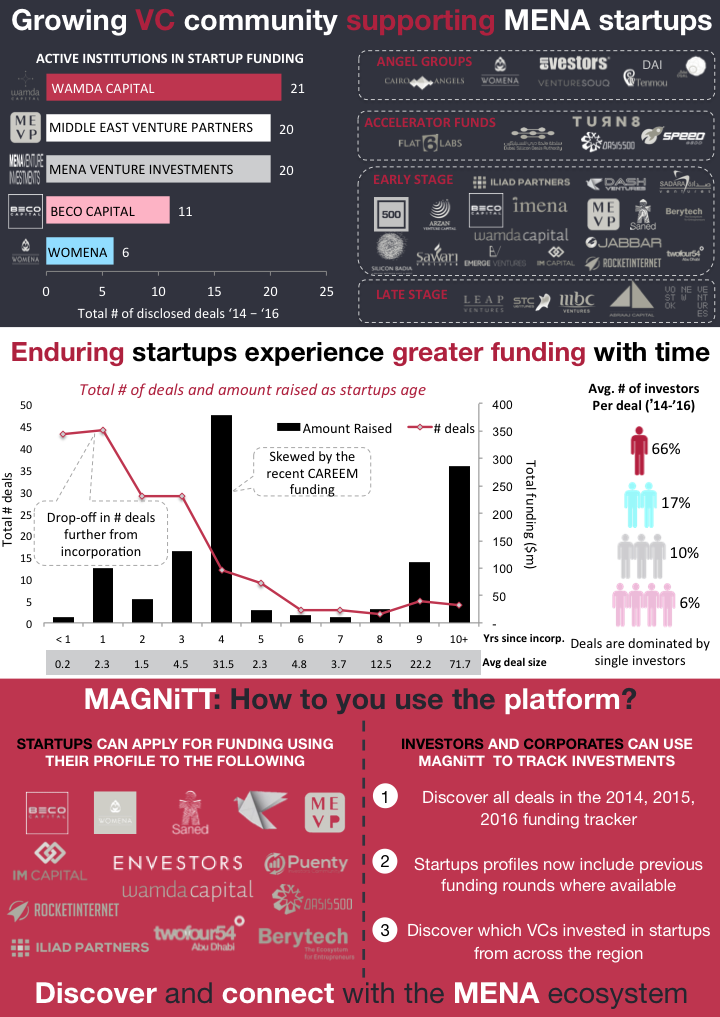 MAGNiTT research highlights that the MENA region in 2016 is on the cusp of $1BN in funding of startups!

(Dubai, United Arab Emirates) January 2, 2017 - Just over a month since the launch of the MAGNiTT’s MENA State of Startups, MAGNiTT today releases its latest statistics on the state of MENA funding based on proprietary data and publicly disclosed transactions.

2016 has seen the largest amount of investment in MENA startups at $870m+, an overwhelming increase of 424% since last year. Founder Philip Bahoshy predicts that it won’t be long before we reach over a $1 Billion in funding for MENA Startups within the next two years. While $625m of this years funding comes from transactions in SOUQ ($275m) and CAREEM ($350m), it highlights the emergence of unicorns in the region. This has been against the backdrop of a flattening in the number of publicly disclosed transactions.

With startups spanning Lebanon, Iran, Egypt, Morocco, the UAE and KSA amongst others the data shows that 54% of startup funding comes from businesses in the UAE. Bahoshy highlights “that the UAE cements its position as the startup hub of the region with largest number of startups, funding and transaction in 2016”.  Lebanese (13%), Egyptian (8%) and Saudi (4%) startups have seen a flattening in investment while we have seen a decrease in Jordanian (10%) startup funding, likely due to a migration towards the UAE ecosystem.

The data also shows an increase in the average ticket size of disclosed funding from $0.8m in 2014 to $3.1m. Bahoshy notes “on average 42% of the disclosed funding stems from follow on rounds of previously funded startups.”  The data also highlights that “49% of registered startups on MAGNiTT seek $250k in funding along with support and mentorship.” This begs the question “Is there a mismatch between who is being funded and what is needed to grow the ecosystem?” with a preference towards more mature later stage investments.

Successful startups in the region however continue to flourish. The aggregated amount from the top 5 rounds of funding continues to grow year on year with a 462% increase from 2015. “CAREEM has seen incredible growth and is the only startup to be featured in the top 5 list of transactions for the last three years”.

WAMDA Capital, Middle East Venture Partners and BECO Capital were noted as the most active VC funds in the region by total number of transactions. The data also shows a growing VC community supporting MENA transactions with Investors from not only the region but international participation as well.

A break down of all deals included in the MAGNiTT State of MENA Funding can be found in the 2016, 2015 and 2014 funding trackers. MAGNiTT has also released a new feature allowing users to discover and include the funding history of individual startups. This incorporates the amounts, the date of funding and the associated investor, where applicable and disclosed.

Have you been recently funded? Is your Startup not included? Let us know at [email protected]