The Q3 2018 Analytics Report summarises and analyses investments in MENA-based startups, including funding trends in countries, industries and funding stages, as well as comparisons and gap analyses. Q3 2018 saw $82M invested in 62 MENA-based startups. Total estimated funding, including calculations for undisclosed deals, over the first 9 months of 2018 amounted to $325M.

The Q3 2018 MENA Venture Investment Report does a full deep dive into the MENA startup ecosystem across the region. The table of contents for the 60+ page report can be found here:

● Exits: Historical review and details on all exits in Q3 2018

● Top Deals in Q3: Commentary and breakdown of the top deals in Q3

- All Deals in Q3 2018: All MENA-based startups that received investment in Q3 2018, including country, industry, funding amount, funding stage, and investors.

- Q3 2018 Funding Overview: High-level overview and analysis of all MENA-based startup funding over time (monthly, quarterly, and yearly), including a gap analysis to previous year

- Industry Breakdown: Analysis of the most popular industries by number of deals and funding amount in Q3 2018 and YTD, as well as how they change over time.

- Country Breakdown: Analysis of the most popular countries by number of deals and funding amount in Q3 2018 and YTD, as well as any trends over time. 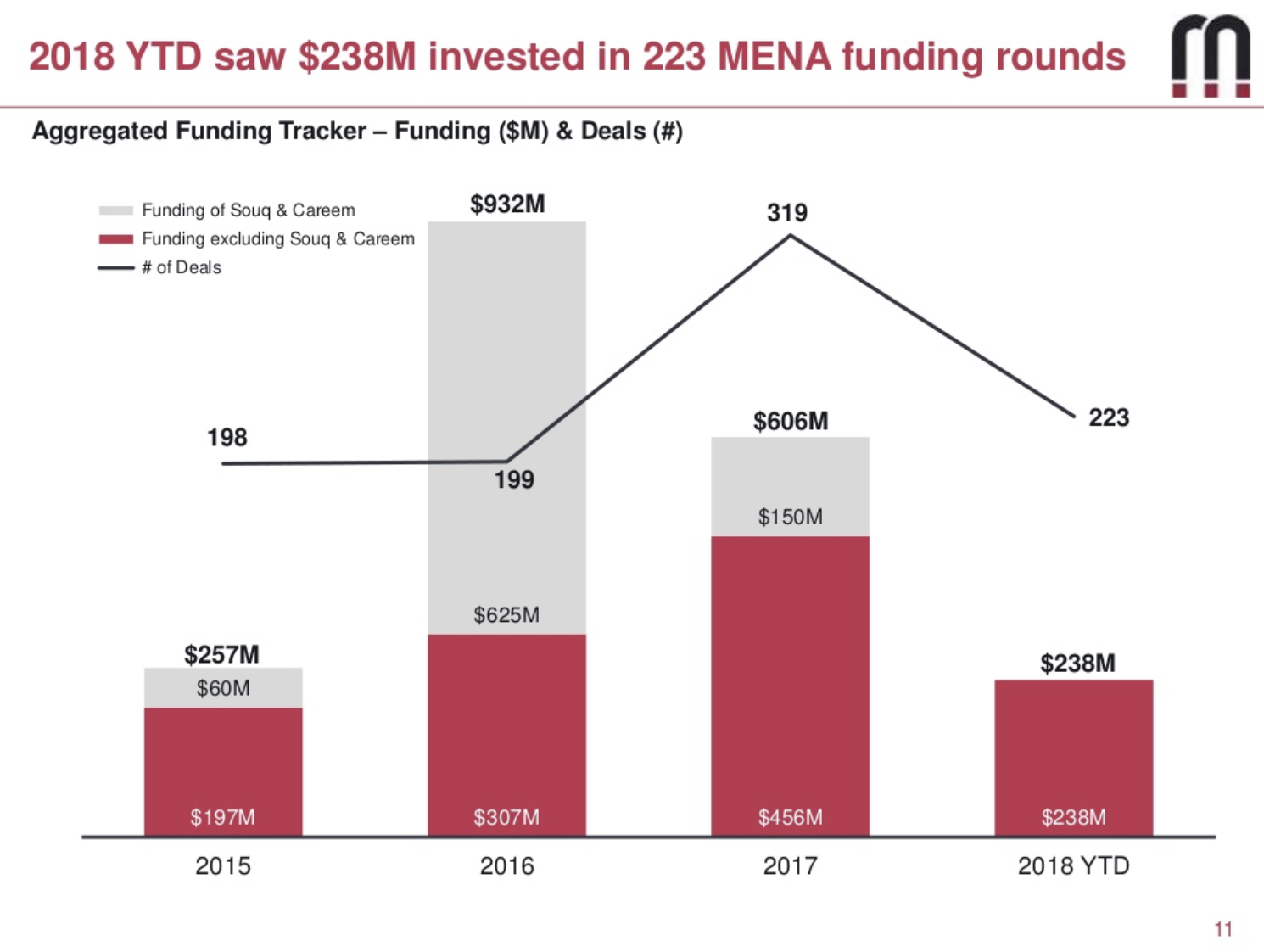 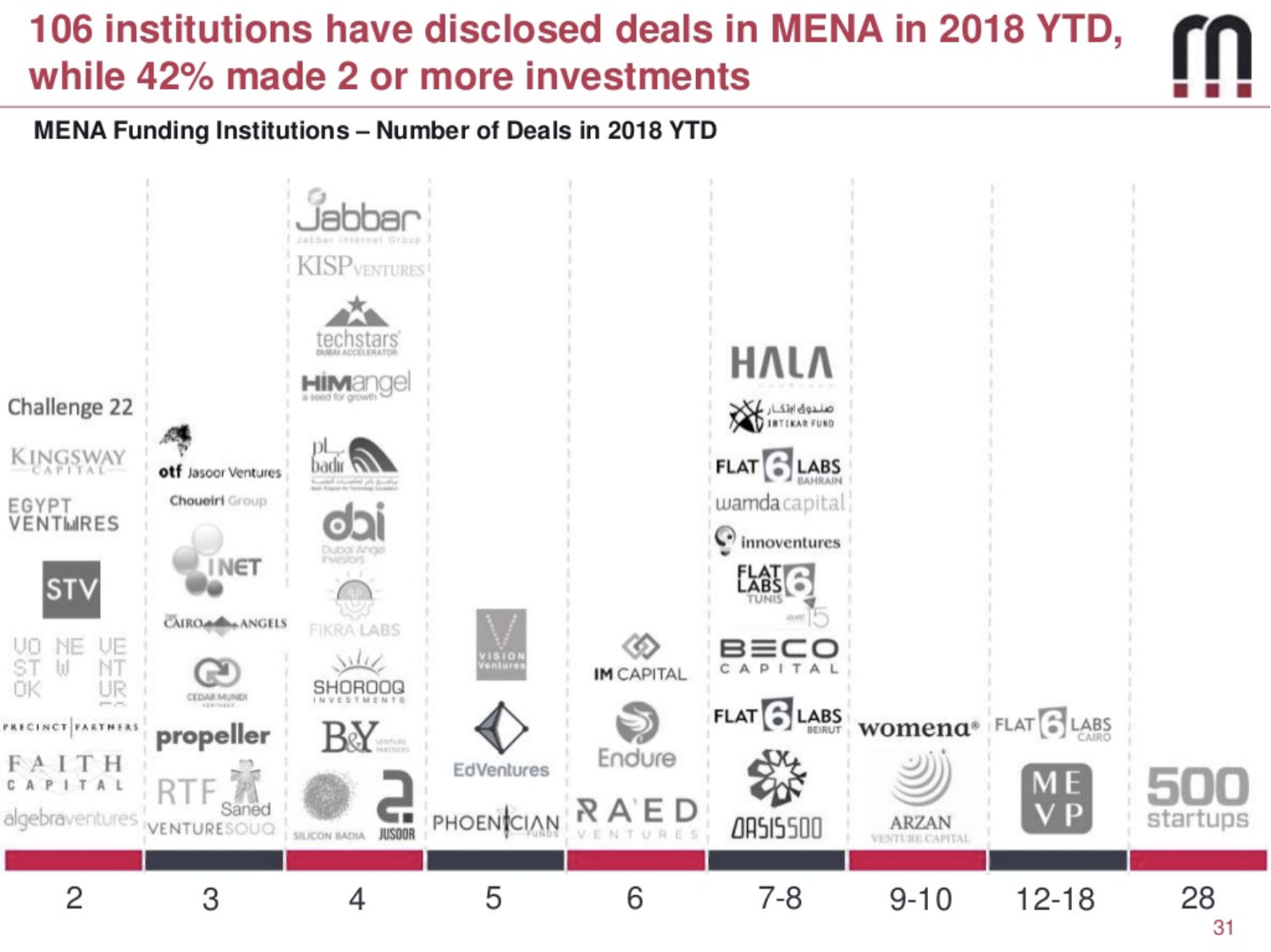 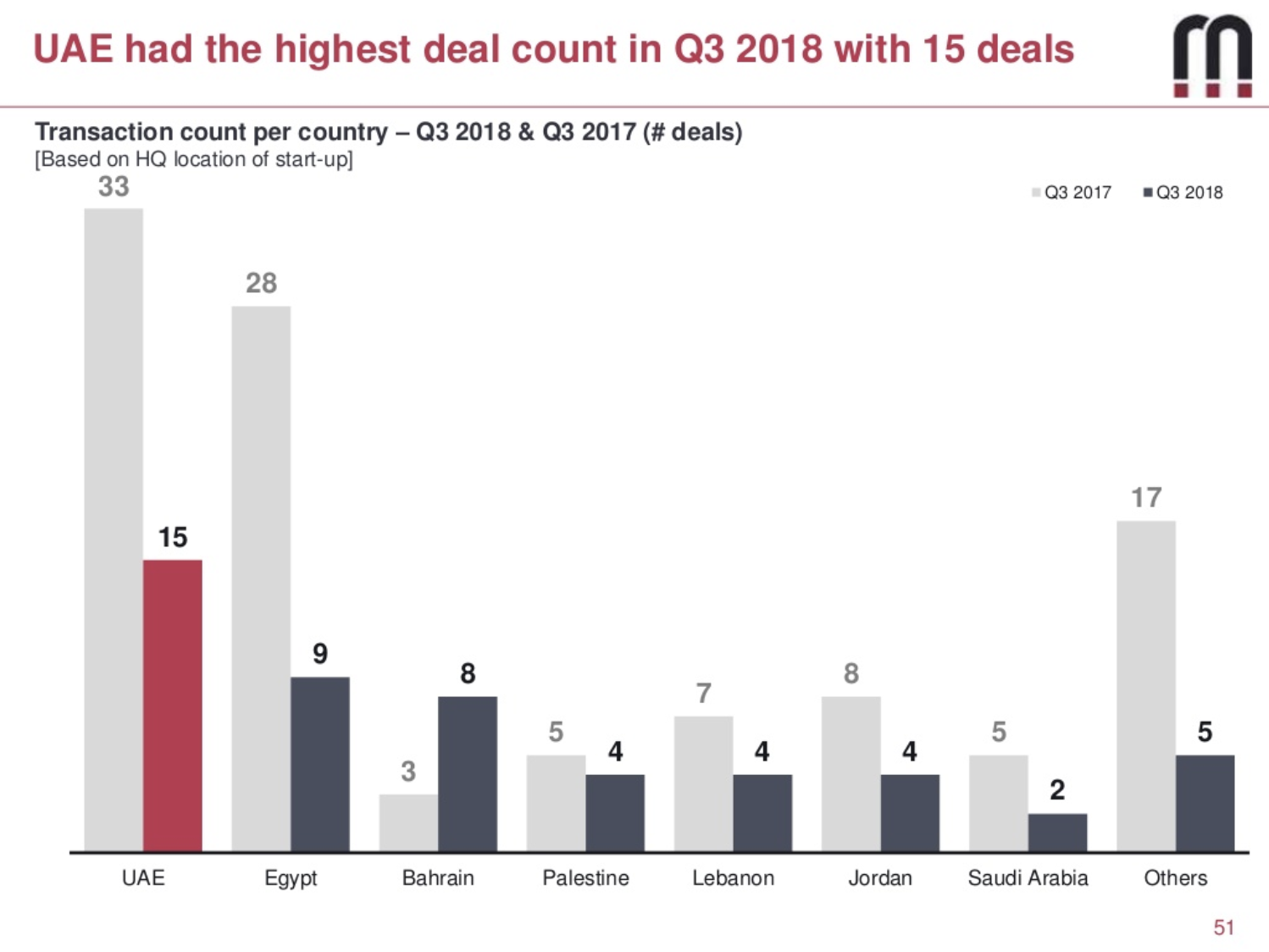