MAGNiTT provides an update on MENA funding with a review of activity for the first 9 months of 2017. The report shows that the summer months were not as quiet as presumed with 62 deals announced and over $76m deployed across the MENA region.

- All Deals in Q3 2017: All MENA-based startups that received investment in Q3 2017, including country, industry, funding amount, funding stage, and investors.

- Q3 2017 Funding Overview: High-level overview and analysis of all MENA-based startup funding over time (monthly, quarterly, and yearly), including a gap analysis to the previous year.

- Industry Breakdown: Analysis of the most popular industries by number of deals and funding amount in Q3 2017 and YTD, as well as how they change over time.

- Country Breakdown: Analysis of the most popular countries by number of deals and funding amount in Q3 2017 and YTD, as well as any trends over time. 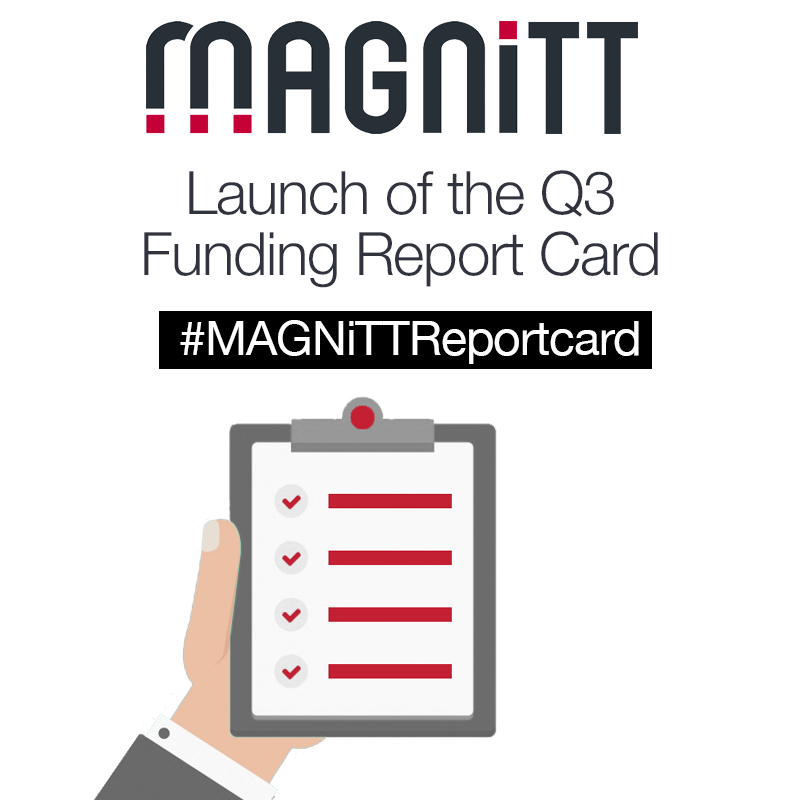 MAGNiTT's MENA Funding report shows strengthening of the MENA startup ecosystem with more deals in the first 9 months of 2017 than in the full year 2016!

(Dubai, United Arab Emirates) October 8th, 2017 – With GITEX Future Stars opening GITEX today, MAGNiTT takes this opportunity to provide an update on MENA funding with a review of activity for the first 9 months of 2017. The report shows that the summer months were not as quiet as presumed with 62 deals announced and over $76m deployed across the MENA region.

1. Q3 Funding: Deals continued to flow throughout the summer, especially in September following the return from holidays. This proved to be the strongest Q3 on record based on MAGNiTT data:

MAGNiTT’s founder, Philip Bahoshy, notes that it is “extremely positive to see continued investment in MENA startups. The summer is generally perceived as a quieter period in the region. However, we saw a flurry of announcements in September and we expect this trend to continue through to year end”. With regards to overall trends he notes that it is “positive to see that the region has now surpassed total disclosed deals in 2017. This highlights the increased appetite in the startup space from existing as well as new regional and international investors.” He commented however that there is still a gap to 2016’s record total funding figure which he attributes in part to Amazon’s acquisition of Souq.com and the 20% of 2017 deals which have remained undisclosed.

2. Investment Breakdown: For the first time MAGNiTT looks to compare trends across Quarters starting with industry and geography with Fintech being the biggest winner of investment and KSA seeing increased activity:

3. VC activity and Exits: VCs continue to be active in the region participating in the investment of multiple startups:

Bahoshy added: “existing players have continued to participate in the startup space while it is interesting to note the emergence of new investment players in the MENA region.” Go Compare’s involvement in Souqalmal’s Series B funding round also follows a trend emerging in MENA where large international Startups are taking strategic investments in comparable regional players to further expand their footprint. This is similar to Amazon’s acquisition of Souq and Didi’s investment in CAREEM. Bahoshy anticipates that this will be a continuing trend as the market matures.

In conclusion, the latest report shows continued strengthening of the ecosystem to provide optimism for decision makers. MAGNiTT caveats that by highlighting the continued requirement for new funds to fuel the ecosystem. This will be further supported as multiple regional investors close their second funds creating much needed liquidity to fuel new and existing startup’s growth.