The November 2019 Dashboard provides a condensed and comprehensive overview of all the startup funding activity that took place in the month, including a summary of countries, industries, funding rounds, exits, investors and top stories. November 2019 saw $66M of total funding in 35 deals.

The November 2019 Dashboard includes a summary and information on:

Stay up to date with a comprehensive summary of all the funding activity in the MENA startup ecosystem, including country, industry and investor dashboards, by clicking the button below. Do you want more information before downloading the full report? You could take a look at the sample in order to get a better idea of MAGNiTT's monthly dashboards. Simply click the sample button below! 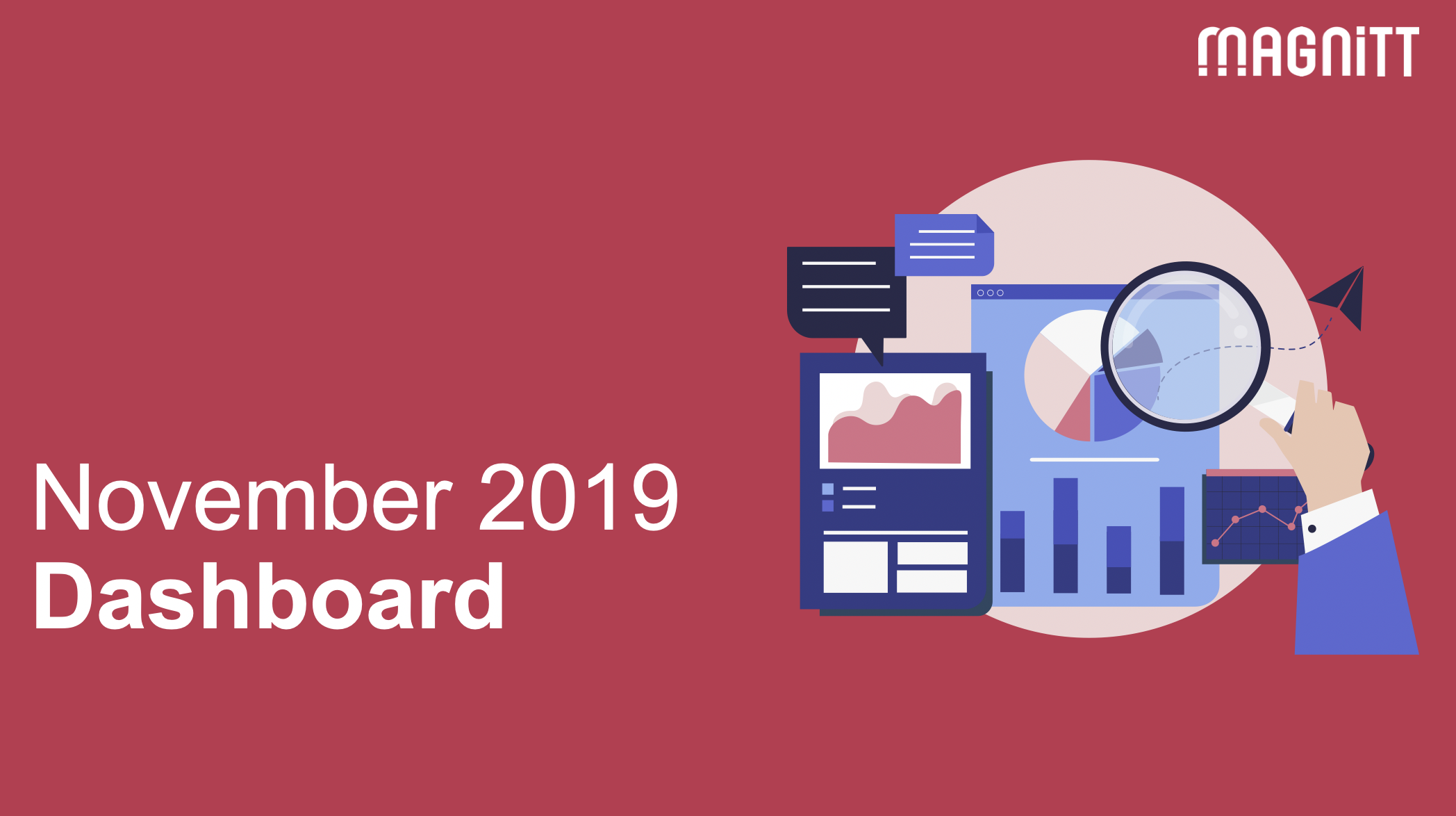 Founder and CEO at MAGNiTT

"Less than one month to go and the end of 2019 will already be here. November 2019 went by quickly, but was full of activity. A total of $66M was invested in 35 startup deals, which marks an increase in the number of deals compared to November 2018, despite a drop in total funding. This drop in funding, however, was mainly attributable to the $120M fundraise by PropertyFinder in November 2018.

November 2019 was marked by two larger transportation deals: TruKKer, which raised a $23M Series A funding round, and Ekar, which raised a $17.5M Series A funding round. Even though they are active in different sectors – TruKKer in freight and Ekar in personal mobility – the funding rounds underscore how potentially lucrative a transportation play can be. With the lack of proper infrastructure in many parts of the Middle East and North Africa, these types of startups provide solutions that address a large market and are scaleable.

Moreover, trucking startups internationally have received plenty of funding as well, as the freight industry receives venture capital interest in both the region and internationally. The interesting and crucial part of regional startups is if they are able to scale across the region – and beyond – successfully in order to compete with international rivals. As we have seen many times before, such as with Souq, Careem, and more recently Harmonica, there are often international giants that look to enter the Middle East and North Africa through an acquisition.

Having spoken to many government agencies across the region, it is only a matter of time until a startup from the Middle East and North Africa scales across other (emerging) markets and becomes the de facto leader internationally. As always, I urge stakeholders and policy makers to keep this scalability in mind when dealing with issues and initiatives regarding startups. After all, success stories benefit everybody involved."

Highlights of November 2019 include:

- General: November 2019 saw an increase in number of deals compared to November 2018, but a drop in total funding.

- Countries: Egypt saw 7 deals take place in November 2019, bringing the total number of deals in the country to 130 this year. The country has already surpassed the number of deals in 2018, and looks to beat the previous year by total funding too. The UAE still accounts for the lion’s share of total funding, while we see other emerging economies such as Saudi Arabia climbing the ranks as well.

- Investors: 38 institutional investors made investments in 35 MENA-based startups in November 2019. 500 Startups remains the top funding institution by number of deals in 2019 YTD, with 69 direct investments and 19 investments as part of the MiSK500 MENA Accelerator programme in partnership with MiSK Innovation.