MAGNiTT’s #MENAEXITS (2017) report reveals 60 startup exits across the MENA region over the last 5 years aggregating to over $3BN in exit valuations
In the fifth of their series on the MENA startup ecosystem and to celebrate over 3,500 startups listed on the platform, MAGNiTT has released its research on the exits that have taken place from 2012 to 2017.
Key insights in the report include:

(Dubai, United Arab Emirates) April 3, 2017 – In the fifth of their series on the MENA startup ecosystem and to celebrate over 3,500 startups listed on the platform, MAGNiTT today releases its research on the exits that have taken place over the last 5 years.

Over the last 5 years research noted that there have been 60 exits of startups in the MENA region to a value of over $3BN. MAGNiTT reviewed tech companies and tech-enabled startups over the last five years to identify trends. 2015 saw a peak in recent activity with 16 startup exits but 2017 is shaping up with a strong start to the year with 8 exits year in the first 6 months 2017.

1. Who are they?: 60 exits in the region are spread across MENA: 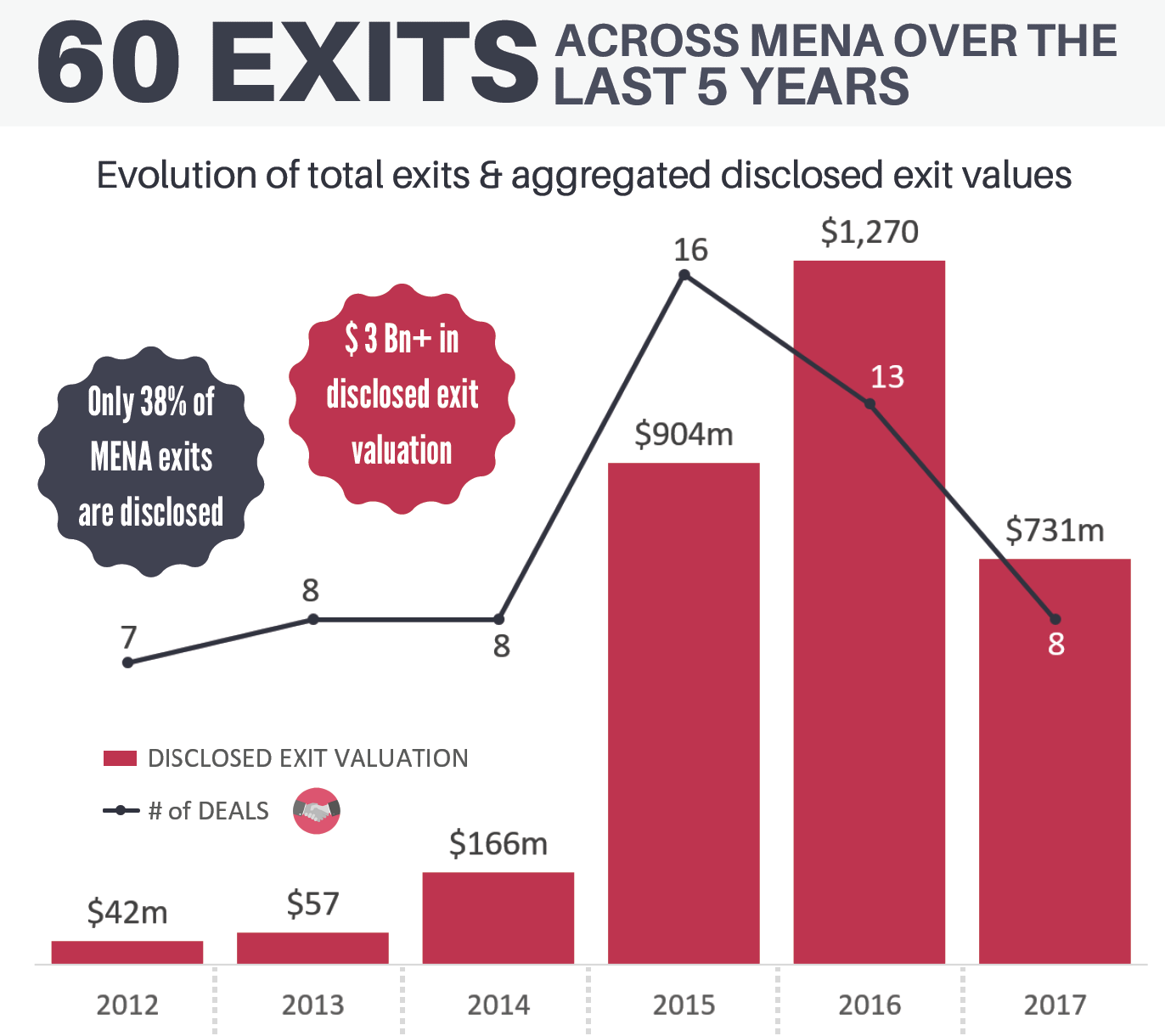 Philip Bahoshy, Founder of MAGNiTT, notes “it is interesting to see consolidation predominantly in the E-commerce, Logistics and Food & Beverage space across the region. All of which are startups that are consumer facing that solve a logistical problem of delivery. These startups have been acquired by larger organizations to further their consumer reach”.  Landmark deals such as the acquisition of Souq.com by Amazon, Jado Pado by Alabbar Enterprises and Yemeksepeti and Carriage by Delivery Hero are examples of this. He also notes that “The time to exit of those startups that successfully sold their companies is in line with international benchmarks at 7 years from founding to acquisition.”

2. Experience: While only 38% of the deals have been disclosed, there are key insights that come from the research that are of interest: 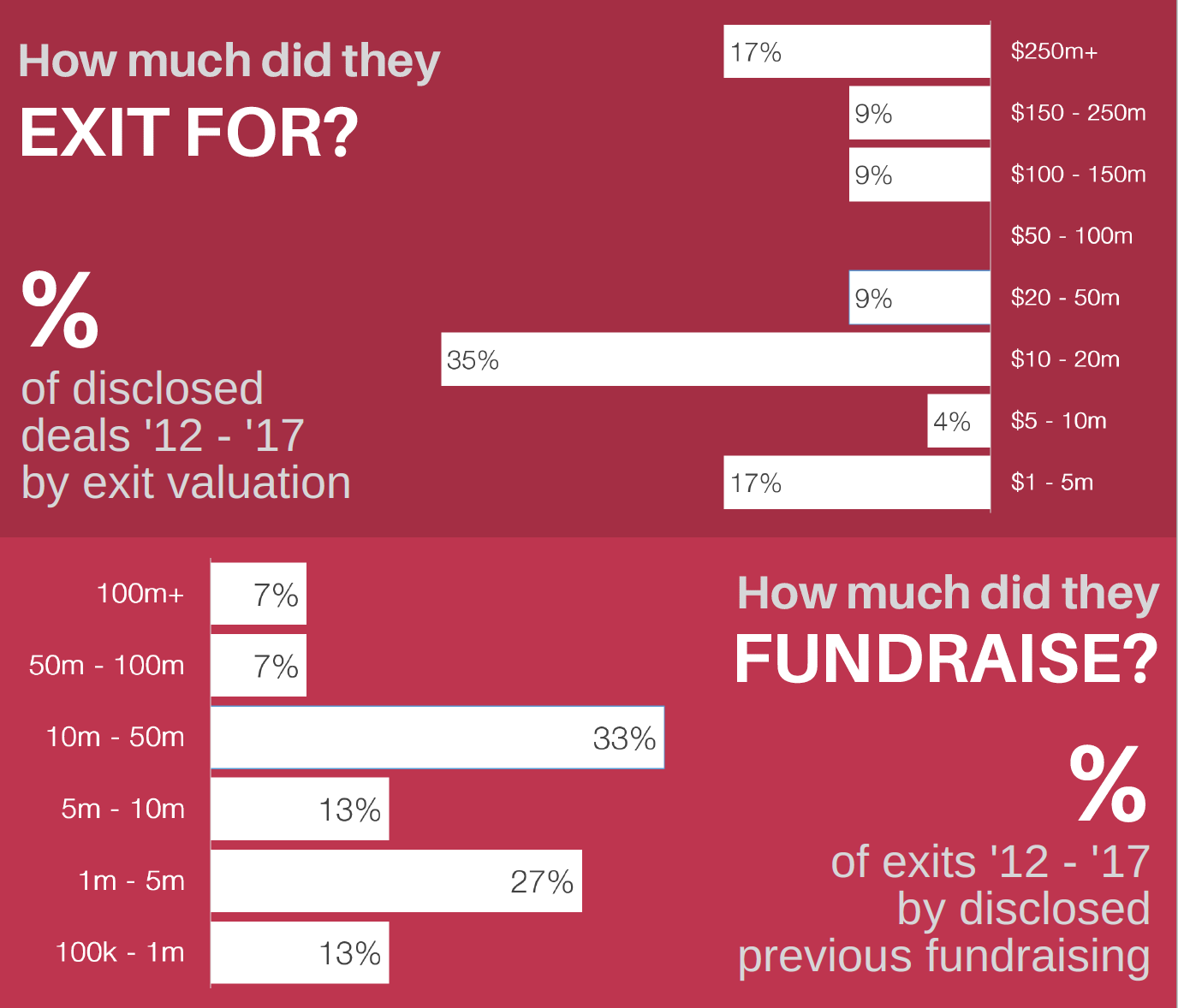 Bahoshy added, “We are beginning to see VCs in the region make return’s on their investments. Given many VCs in the region are still relatively young and with an average of 7 years to exit of successful startups,we anticipate to see more exits come to fruition in the coming years as their portfolio companies mature”.

“MENA has had no exits” is often a criticism heard around the corridors of many entrepreneurship establishments. This is a Myth. There are quite a few, as we’ve seen. From the top 10 disclosed startups some interesting themes emerge:

In conclusion, inline with MAGNiTT’s pursuit for transparency in the MENA startup ecosystem, this report looks to raise awareness around the M&A activity taking place in startups space in the region. The data provides positive news to MENA entrepreneurs and investors alike that there is light at the end of the tunnel. With 7 years on average to exit many investments are likely to come to fruition in the coming years while the MENA region continues to grow and develop awaiting its first Unicorn exit or startup IPO. You can download the full infographic report on www.magnitt.com and find data on the deals online.