MAGNiTT latest research reveals that the top 200 funded startups across MENA together have raised over $2.1BN in startup funding

(Dubai, United Arab Emirates) November 29, 2017 – To mark 5,000+ startups listed on it’s platform, today MAGNiTT releases it’s latest research to answer the question “How has the MENA investment landscape evolved?”. MAGNiTT has reviewed disclosed investments across MENA’s top 200 funded startups, ranked by total disclosed funding. Their aim was to undertake analysis to answer commonly posed questions such as “How long does it take to raise investment?”, “How much is raised at each round?” and “Who are the active investors in this space?”.

Key takeaways from MAGNiTT's research include:

1. Funding evolution by stage: MAGNiTT broke down investments by the stage they were made based on publically available information and proprietary data to discover:

Founder, Philip Bahoshy, highlighted “We often get asked questions around funding in the region. A lot of founders are not sure how much to raise, how long it will take and what the success has been from other startups. We are looking to create transparency for startups who are embarking on their funding journey. However, it is important to note that each startup must fundraise based on their own business needs and there is no one size fits all.”

2. Who has been investing and when?: The data shows a maturing market with an increase in the number and the size of deals undertaken. This has clearly accelerated over the last 3 years: 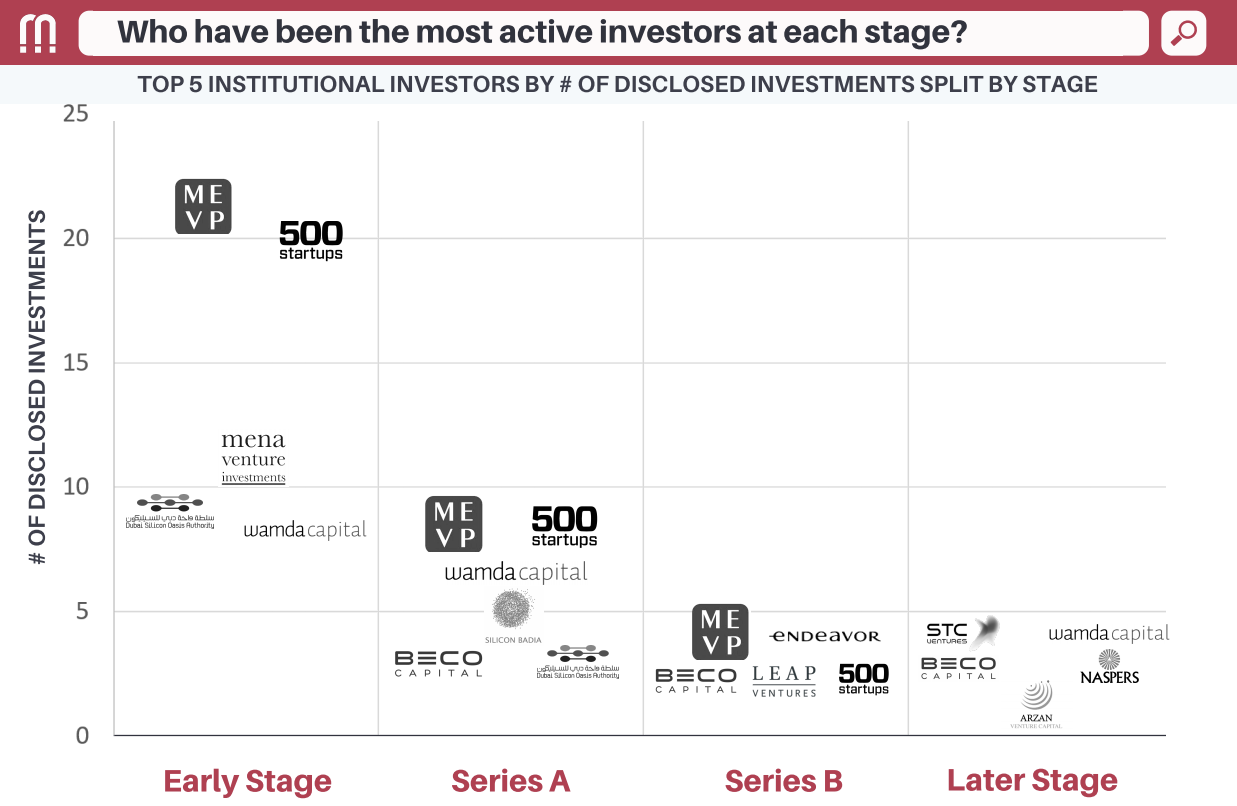 Bahoshy added, “Early stage funding has shown continued signs of maturity. Interestingly, however, Series A has become the popular stage of investment for MENA investors. This can be explained with with 60% of the success stories founding between 2012 to 2015.” Series B is also developing into a larger and more active market in recent years pointing to positive signs for the development of the MENA ecosystem. However, if the market is to see continued growt Bahoshy highlights the need for further capital injection at all stages of development to ensure startups continue to flourish.

3. Demographic highlights: In a follow on from MAGNiTT MENA Founders report, an additional 100 startups were evaluated as part of the analysis with the following highlights around demographics:

In conclusion, this latest report raises transparency around the evolution of the startup ecosystem across MENA. Bahoshy summarizes by saying, “Reaching 5,000+ startups on MAGNiTT is a milestone for the platform. Many don’t realize that there are so many up and coming startups across the ecosystem. We take this opportunity to take stock of where the ecosystem came from, what has already been achieved and look forward to its future while looking to identifying what is required for it’s continued growth and development”.

MAGNiTT, founded by Philip Bahoshy, is the largest online community for startups across the MENA region. Based out of Dubai, UAE, MAGNiTT connects entrepreneurs directly with ecosystem stakeholders including funders, mentors, support services, and talent. Startups can apply for funding directly to VCs and angel networks using their MAGNiTT profile. Simultaneously Investors, Corporates, Mentors and Service providers are able to review information on over 5,000+ startups including funding history. MAGNiTT is also a provider of data and analytical reporting for the MENA startup ecosystem.

For more information about MAGNiTT https://www.magnitt.com