In May 2021, Saudi startups reigned over the month as they bagged the highest funding and closed the most deals. E-commerce made a comeback in MENA as the sector welcomed a 1000% increase in funding YoY. Gaming continued to dominate proceedings in Turkey, accounting for over half of the month’s capital. In Pakistan, the month witnessed a major Fintech deal and heavy interest from international investors who backed two-thirds of all deals.

Overall, most markets saw an increase in funding in May 2021 as compared to May 2020, possibly a result of the dip in the latter month given the uncertainty of the time.

•  While invested capital in May 2021 in MENA doubled YoY, the number of deals halved since May 2020, increasing average deal size by four times during the period

•  Three MENA startups recorded an exit in May, only a year after they were founded

•  Venture capital in Pakistan by May in 2021 tripled year-over-year, while the number of deals only rose by three 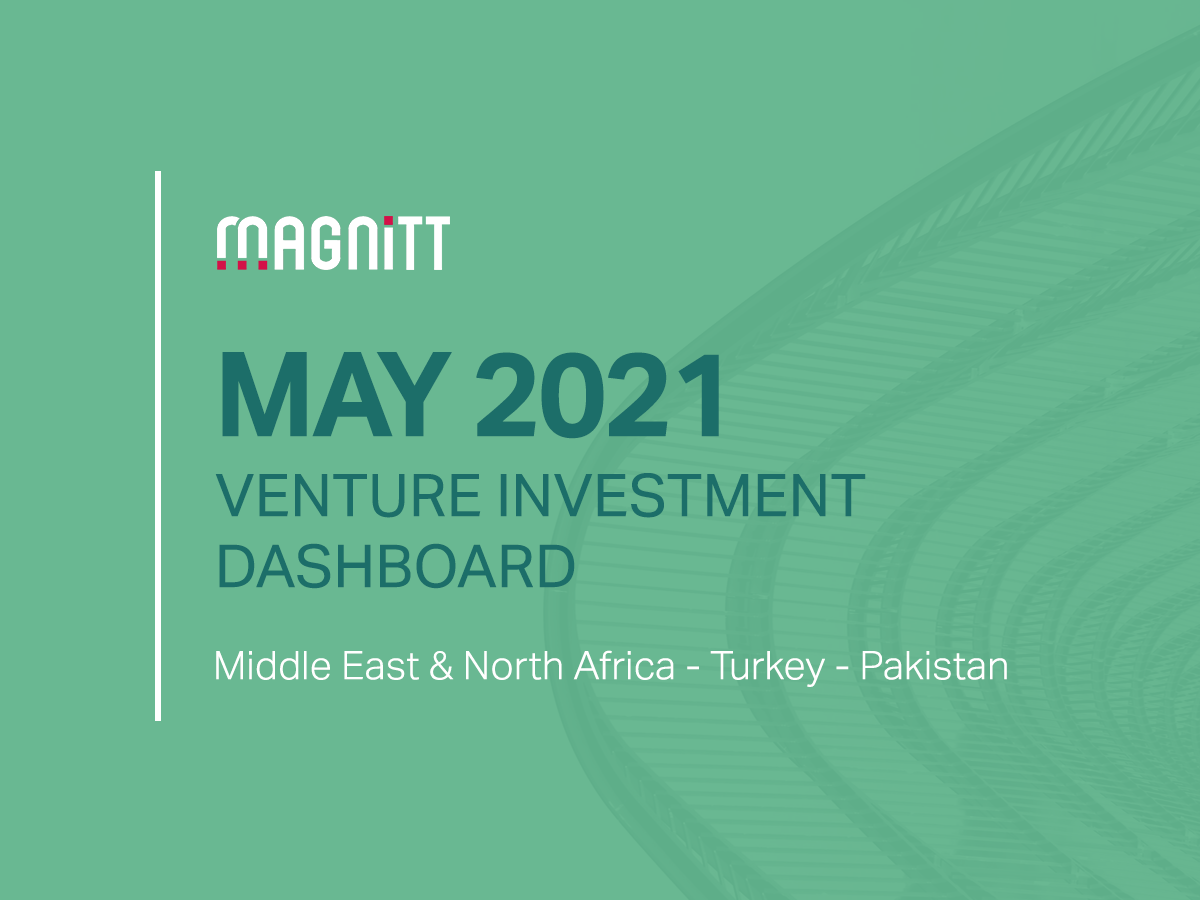 The May 2021 Dashboard provides a summary of venture activity for each of the three markets listed above:

• Country Overview: Deal and Funding split per country along with a two-year deal and funding comparison*

• Industry Overview: Deal and Funding split per industry along with a two-year deal and funding comparison

• Funding Rounds: A list of the top 10 investments in the month of May

• Exits: A list of the last 5 rolling exits year-to-date, including acquisition amount wherever disclosed

• Investors: List and ranking of the most active investors in May 2021 and YTD

What is a dashboard?

Do you find it hard to keep up to date with the latest venture investment activity of startups from across the region? If you are an investor tracking activity, consultant looking to identify trends, or a government entity searching for investments in your geography this is your tool to stay up to date.

Why buy this report?

• A one-stop-shop for the most up to date venture activity across MENA, Turkey, and Pakistan on a monthly basis