May 2020 sees a decline in deals compared to last year, but rebounds from April

While April 2020 saw a 65% drop compared to the same month last year, May 2020 saw a drop as well: deals were down 27% from May 2019. Compared to last month, however, the number of deals has increased by 93%, as 33 deals took place in May 2020. A big contributor to the increase in deals was the Misk500 MENA Accelerator, which accelerated its third batch of startups since its inception. 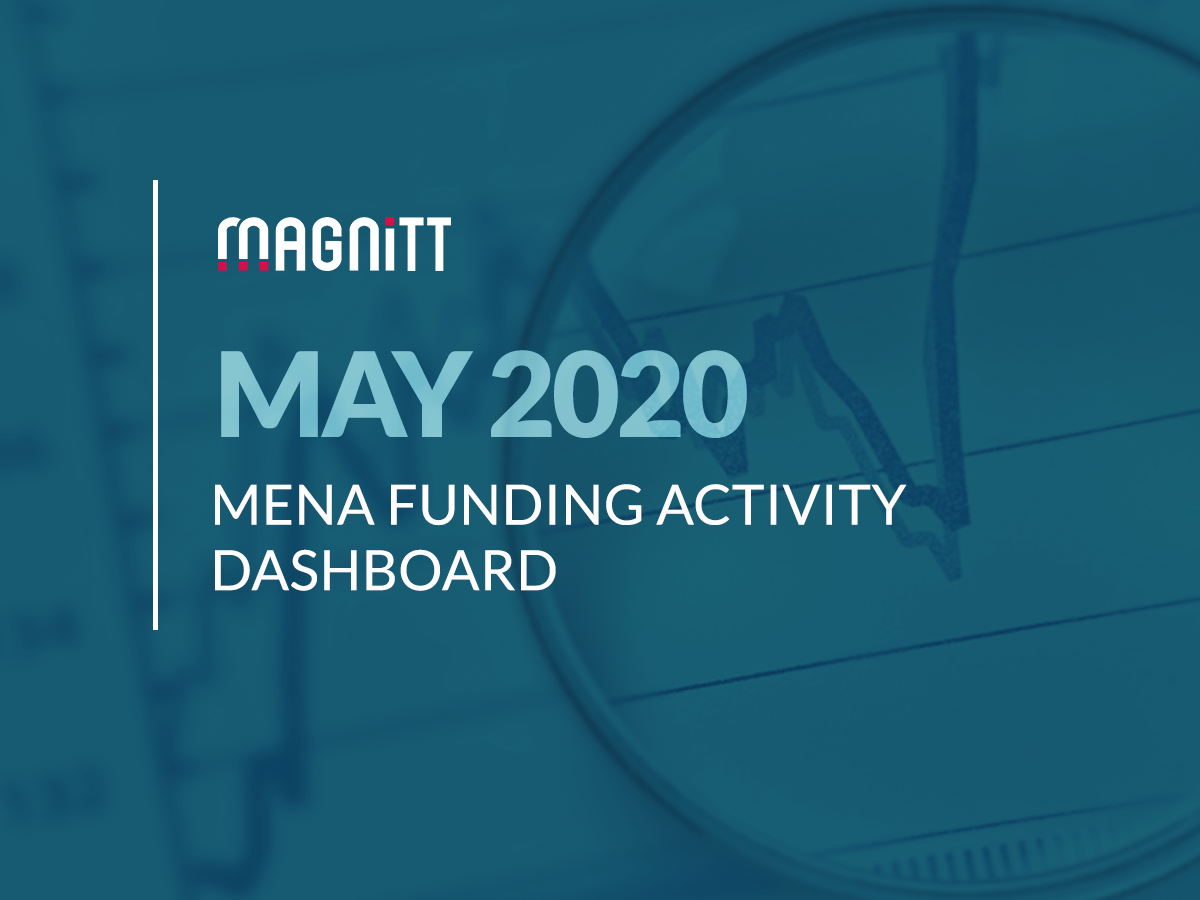 The May 2020 Dashboard includes a summary and data-driven information on:

● Executive Summary & Top News: A condensed view of the most important activity and takeaways in the month

● Funding Overview: A list of all deals in the month, as well as charts on deals and funding trends over the years

● Country Dashboard: A ranking of the top countries in the month and year by number of deals

● Industry Dashboard: A ranking of the top industries in the month and year by number of deals

● Funding Institutions: A breakdown of the most active investor in the year thus far, by number of investments

● Funding Rounds: A list of all deals in the month, including funding amount, investor names, funding stages, and more

● Exits: A list of all exits in the month, including acquisition amounts where available, as well as the acquirer and startup logos

Want to see a sample of the full report first? Click here.