Charismatic & determined, Mai started as a budding engineer with an idea to improve event management co-founding the successful Eventtus platform. Discover her #MAGNiTTJourney 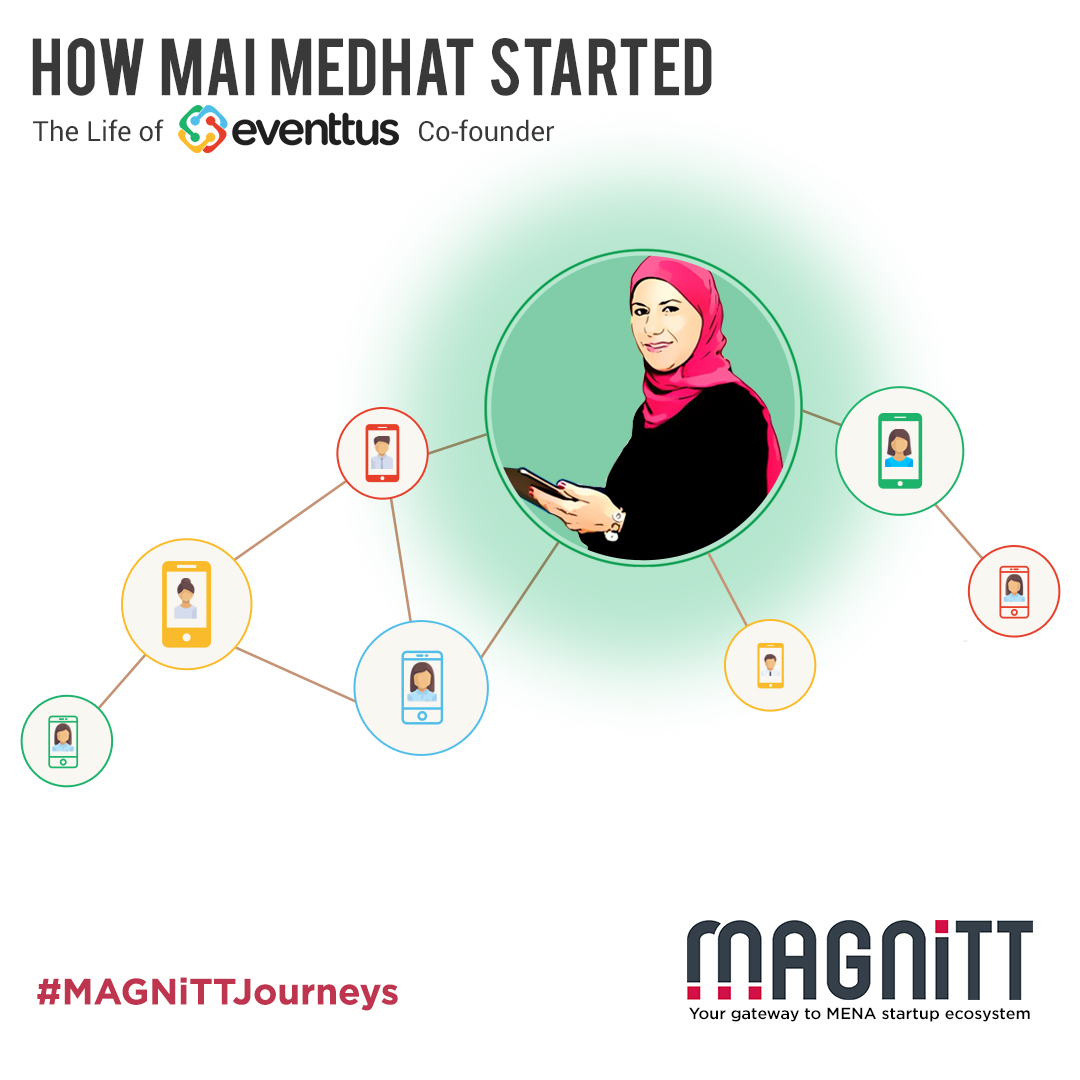 Mai Medhat has become a celebrity in the startup world following her famous meeting on stage at the Global Entrepreneurhsip Summit back in 2016. However more fascinating was her journey there and beyond. Obsessed with computers from a young age Mai aspried to be an Architect and Engineer. Meeting her future co-founder a college, she became obsessed with computers using social network chat rooms to hone her skills.

Following an attempt to create the "Waze" platform in Egypt to overcome traffic she immersed herself into attending Entreprenurship conferences where the original idea for Eventtus originated. How can she make the management exercise more efficient. After creating her MVP the Eventtus platform grew from strength to strength now with over 35 Employees and offices in three countries.

Her story is fascinating and an inspiration for all Entrepreneurs. We are honored to feature Mai as the first in our series of #MAGNiTTJourneys.