$383M was invested in Turkey-based startups which is almost triple that of 2019 (a +182% increase). The number of startups receiving investment also increased by 10%.

This report includes venture investment analysis for transactions in 2020:

• Tech startups in Turkey witnessed a total of $383M invested in 140 deals with the average investment size being $2.7M.

• The top 5 rounds accounted for 63% of all capital invested. All 5 were closed during the first 7 months of the year and were made across every stage, from Codeway’s $16M Seed to Vivense’s $130M Series E.

• E-commerce startups in Turkey ranked 1st by amount of funds invested and IT solutions ranked 1st by number of deals, but with 11 transactions, Healthcare saw the largest absolute increase in funding to $16M.

• IT Solutions, Healthcare and Delivery & Logistics alone accounted for 30% of all deals.

• 500 Startups and Wamda Capital were the most active non-Turkish funds with 4 & 2 deals, respectively. However, Teknasyon & TechOne Venture Capital registered 7 deals each, topping the rank of most active Turkish investors. 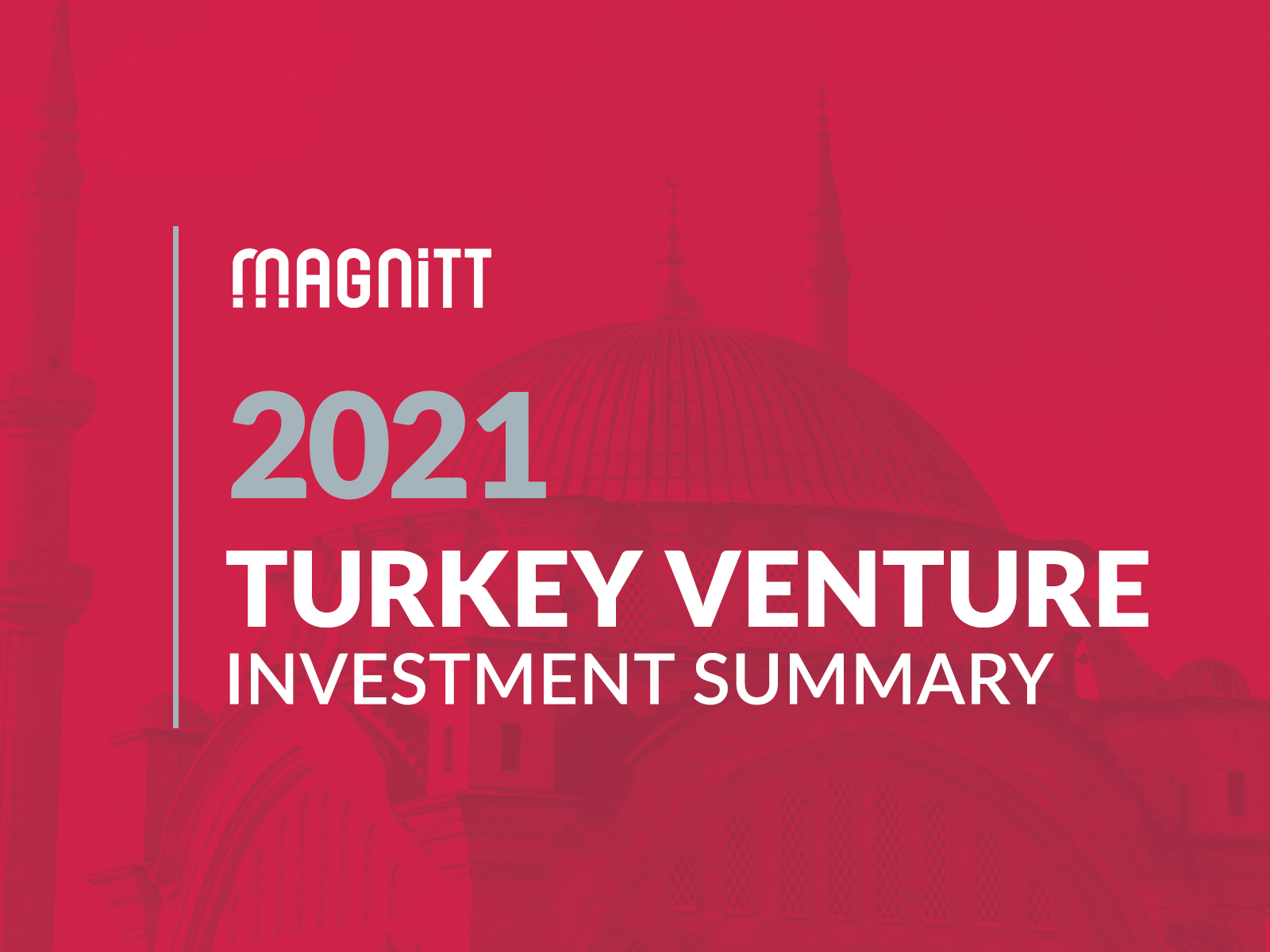 This summary is part of MAGNiTT’s 2021 Emerging Venture Markets Report, which you can download to get additional insights on Turkey, as well as venture data on Pakistan and MENA’s startup ecosystems.

This report was created with data from MAGNiTT, which is a comprehensive directory of emerging tech and new business strategies through tools like:

• Investment directories, a comprehensive list of all startup venture funding across the Middle East, North Africa, Pakistan and Turkey

• Exit comparisons, looking at Mergers & Acquisitions from across the region

If you aren’t already a client, sign up for a free trial to learn more about our platform.