Due to public and private focus on the entrepreneurship sectors, with an eye on Vision 2030,  Saudi Arabia has seen significant growth in the number of deals over the years, with 2019 being a record year for both. Hence, while the country's ecosystem is still nascent, it is growing, and now occupies the third place in the MENA region by deals and amount of funding following the United Arab Emirates (UAE) and Egypt. Moreover, there were more investors than ever before in Saudi Arabia-based startups, many of them coming from outside the region, as international startups increasingly become interested in local startups.

- Funding Trends in Saudi Arabia, including a deals and funding evolution, average funding, and top deals in the country

- Exit Trends in Saudi Arabia, including a list of all exits in 2019, with industry insights and acquirers of KSA-based startups

- Investors in the Saudi Arabia, with all the most active investors by stage ranked, as well as newly formed funds and investment entities

- Pre-money Valuation by Funding Stage, highlighting the average pre-money valuation at Seed and Series A 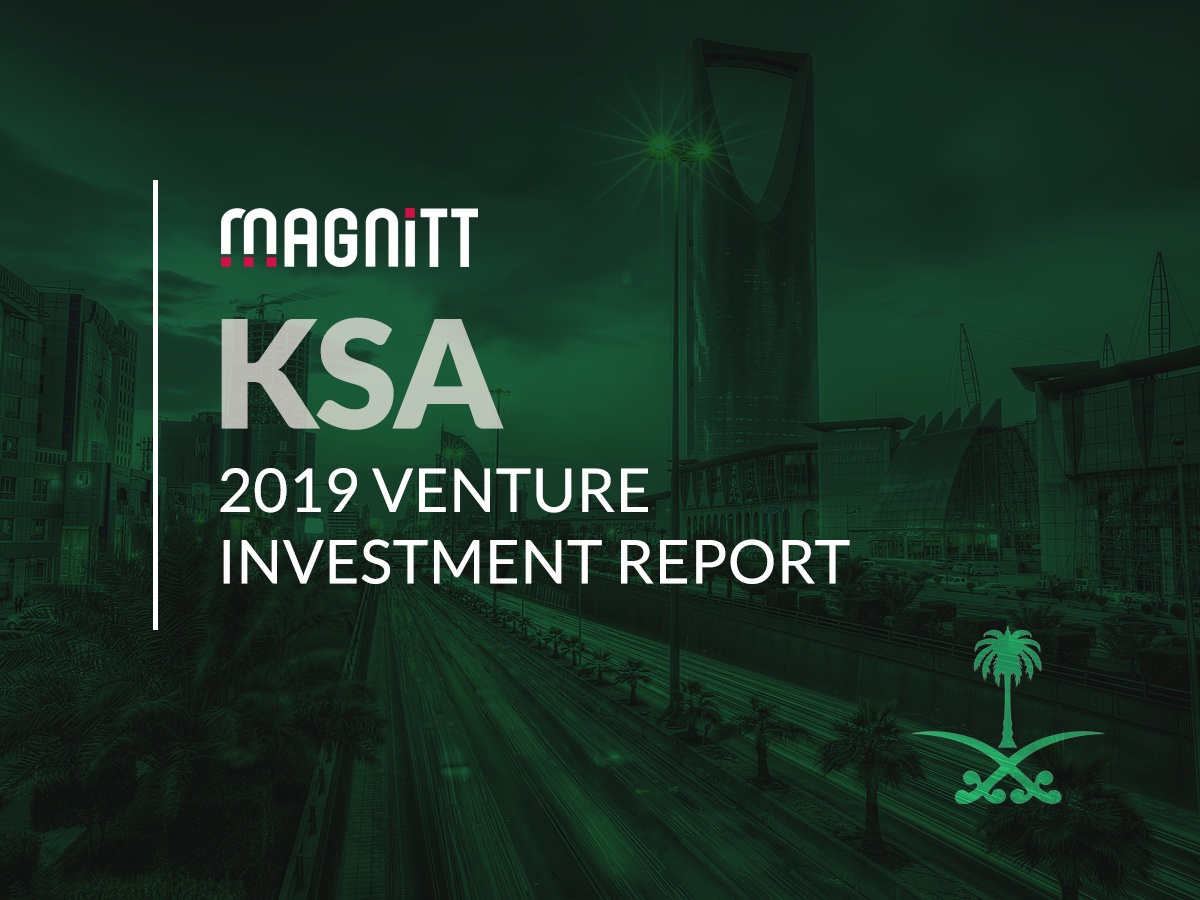 Local government initiatives such as VENTURE by Invest Saudi, launched by the Ministry of Investment (previously SAGIA), aim to attract foreign venture capital firms to support the local ecosystem. While the platform has only been launched in 2019, there have been many regional and international investors that have signed up with the entity, strenghtening their presence in the Kingdom. This, and much more, is covered in the full report.