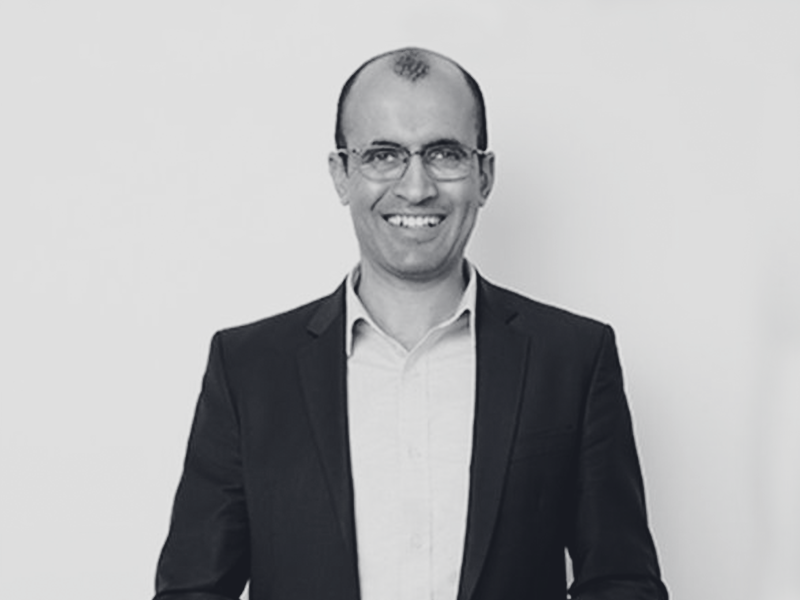 Ziad Mokhtar, Co-Founder and Managing Partner of Egypt-based Algebra Ventures has announced that he will be leaving the firm to return back to his roots as a tech entrepreneur.

Algebra Ventures is a Cairo-based venture capital fund that invests in early-stage technology companies in Egypt and the MENA region who are changing the way we live and do business. Its LPs include Cisco, the European Commission, EAEF, EBRD, IFC, and private family offices.

Read Ziad's story below to discover how Algebra Ventures' was created, what led to the decision to walk away, his experience of the tech ecosystem in Egypt and why it's calling him back, the highs, the lows, and everything in between.

Ten years ago, I left my job as a management consultant to enter the world of tech investment, helping manage two government-sponsored venture funds. A lot has happened since then, and today as I look back at those ten years I feel grateful, proud, and hungry.

The beginning was promising. Although venture capital still needed a proper introduction in Egypt, there were serious efforts to promote entrepreneurship. This was a time when people became filled with hope and inspiration. In the first few years, we led early investments in amazing startups such as Fawry, Vezeeta, and Si-Ware. I believe I was lucky to be at the center of that.

By 2014, the tide was turning. Four years of political upheaval left the economy weakened and people exhausted. The nascent tech investment activity ran out of steam. Local capital dried up. Regional investors favored home markets. Top talent that was starting to join startups was back taking shelter in corporate jobs and opportunities overseas.

Despite those unsettling macro conditions, Tarek Assaad and I decided to double down on tech investment and ventured out to build Egypt’s first independent venture capital firm. We could see that tech had taken off, and that, no matter what, this would not be reversed. Tech’s reach had gone beyond the young, the affluent, and the educated. We could see entrepreneurs like Amir Barsoum, Mai Medhat, Nihal Fares, Amir Allam, Ahmed Saad, Mohamed Atteya, and Ameer Sherif, choosing to persevere against all odds. And we could see a $100M transaction in the making that would give Egypt its first sizable venture-backed exit, the first validation of our asset class.

What we saw didn’t make us think our journey would be easy, but it made us believe it was worthwhile. Egypt simply could not afford to let down this generation of entrepreneurs and could not fall on the wrong side of the digital divide. Risk capital was not coming in: not from the inside, not from the outside. We were uniquely positioned to change that.

On 29 March 2015, after two sleepless nights, Tarek and I shipped out Algebra Ventures’ first pitch deck to Alan Chelko, Kareem A. Aziz, and Troy Weeks of CISCO, IFC, and EBRD. Three people that believed in the opportunity and in us early on. It would take us 18 months to cross the fundraising finish line. During that time we were lucky to have Khaled Ismail join as our third partner. Together we excited more people to champion Algebra including Ahmed Hassanein and Amal Enan from IFC and EAEF. On 7 October 2016, we had our first closing for our $50M fund. The first venture fund to be raised for the country since 2008, the first from regional and international investors, and the largest ever.

A few months after securing the capital, we were fortunate to have Karim Hussein join as a partner, particularly as Khaled had gone back to pursue an equally important mission at HIMAngel. Together we went on to build one of the strongest tech portfolios in the region. We backed 17 audacious entrepreneurs that are shaping Egypt’s digital future today by changing the face and guts of major industries: Whether it is elmenus in food ordering, Trella in logistics, or Dsquares in retail; Whether it is Halan in transportation, Khazna in consumer banking, Yodawy in healthcare, or Brimore in distribution. In the process, we became a trusted partner to credible local, regional, and international co-investors.

Our success has been part of a bigger story. One that saw the number of funds investing in tech in Egypt grow from no more than 2 in 2010 to over 20 in 2020. Egyptian startups are not just receiving investments from Cairo and neighboring capitals, but also from places as far as San Francisco and Beijing. The $100M exit of 2015 became a $1.2B public company, and today there is more than one startup story that is bigger than a $100M exit. Top talent from consulting firms, investment banks, telecos, and FMCGs, are back again booking their one-way ticket on the next rocketship that is about to take off.

This story wouldn’t have been possible without Algebra. But It also wouldn’t have been possible without the conviction and dedication of other people beyond Algebra, people like Khaled Bichara, Kareem Bichara, Khalid Ismail, Ahmed El Alfy, Hany Sonbaty, Tarek Fahim, Abdelhameed Sharara, Con O’Donnell, Hanan Abdel Meguid, Ayman Ismail, and Aly El Shalakany.

Even with all that has been accomplished, we have all just scratched the surface. What is yet to come is more than an order of magnitude greater. Innovation is mostly copied, it needs to be original. Technology is largely applied, it has to be core. Reach is at best regional, that should go global. We have higher mountains to climb. ​No firm is better positioned to capitalize on all of that more than Algebra. It will do this with a strong team of rising stars that are prepared for the next challenge.

It is at this point that I feel comfortable to start gradually exiting the investment world. While I will remain a general partner in Algebra’s first fund and will continue to play the same exact role with our current portfolio for years to come, I decided that my involvement in Algebra’s next fund will be of an advisory nature. I continue to be a firm believer in the firm, a solid supporter of its managing partners and have a vested interest in its future successes.

I make this decision proud of the achievement, confident in its lasting impact.

What exactly comes next is yet to be figured out. ​But I know I will be moving on to write a new chapter in a book I started a long time ago but never really finished. ​I vividly recall myself 20 years ago - fresh out of computer science, co-founding and managing a software startup, bootstrapping it, and pulling all-nighters with my partners. It was a different world. I was definitely a different person, much less experienced, and much less exposed. Yet, years of experience and exposure of business school, management consulting, and tech investing, didn’t change that nagging urge inside me for testing the limits of innovation and the hunger for taking greater risks. The urge to become a tech entrepreneur again.

Some might think that walking away from Algebra given where it is heading is foolish. I sometimes thought that myself. But as foolish as it might be, I hope it sets me on a path to discover equally meaningful success.