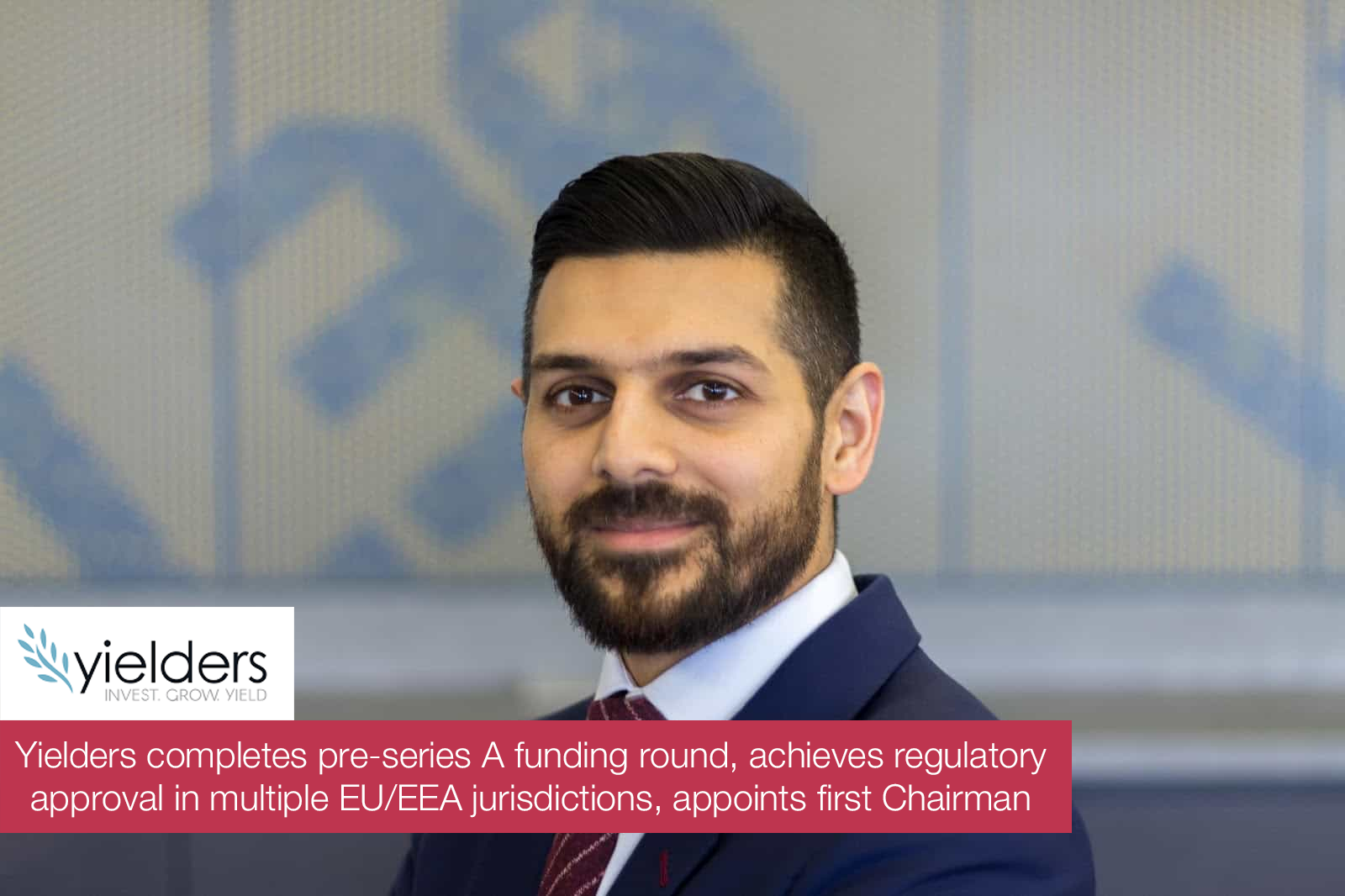 Yielders completes pre-series A funding round

▪ Regulatory approval completed in the Netherlands, Luxembourg and Norway to expand footprint across the EU/EEA

August 28th, London: Yielders, the UK’s first FCA regulated Islamic FinTech platform today announced the completion of a pre-series A funding round, completion of regulatory authorisation (passporting) in Holland, Luxembourg and Norway and the appointment of Abdul Haseeb Basit as its first Chairman.

Yielders offers investments into alternative asset classes such as property via its platform from as little as £100, allowing a larger population to be involved in real estate investment opportunities without the hassle of being a landlord or having the burden of a mortgage.

The funding round supported by Peach Ventures and Greenshores Capital attracted a number of private investors and sets the company up for further expansion ahead of a planned series-A round in early 2019.

Expansion across the EU/EEA will allow Yielders to offer its services to an increasing population of ethically focused investors and a 20 million population of Muslim investors, resulting in accelerated growth into new markets.

Abdul Haseeb Basit has been appointed as Chairman of Yielders. Basit is Co- Founder and Principal at Elipses, a research, advisory and investment firm. He was previously CFO of Innovate Finance and is a FinTech and Islamic Finance specialist.

Commenting on today’s announcement, Irfan Khan, CEO and Founder of Yielders said “Closing of the investment round is a significant milestone for the business allowing us to further develop our offering in the UK and wider across the EU/EEA. I’m also delighted to have Abdul Haseeb joining us, to add further leadership and governance to our business at this exciting phase in our expansion”

Abdul Haseeb Basit, Chairman of Yielders added “I’m delighted to be joining Yielders at an important stage of the company’s growth. Irfan and the team have achieved a tremendous amount since launch, building the technology infrastructure, achieving both sharia-compliance certification and FCA

regulatory authorisation, and validating the business model with a number of transactions to date. I am looking forward to supporting the next phase of growth in my capacity as Chairman.”

Today’s announcements follow a year of progress for Yielders since becoming the first Islamic FinTech firm to receive both FCA authorisation and Shariah-compliance certification. As a result, Yielders has experienced impressive growth over the past 12 months with users increasing 125% and investment 165%.

Yielders was the recipient of the esteemed Islamic Economy Award in the Money and Finance category presented by HH Sheikh Hamdan bin Mohammed bin Rashid Al Maktoum, Crown prince of Dubai at the Global Islamic Economy Summit in October 2017.

In March this year, Yielders received a further boost from MP, John Glen - Economic Secretary to the Treasury - who commended the firm’s contribution to the UK Islamic Finance industry in his remarks at the Sukuk Summit 2018 in London.

Yielders is widely recognised as a pioneer in the Islamic FinTech space and it continues to lead the way with its inclusive and innovative Halal investment platform. Furthermore, the UK has seen a resurgence in Islamic Finance led by FinTech firms. Earlier this year saw the launch of the UK Islamic FinTech Panel, of which both Khan and Basit are panel members, an initiative to further support the development of the sector.

Yielders completes pre-series A funding round