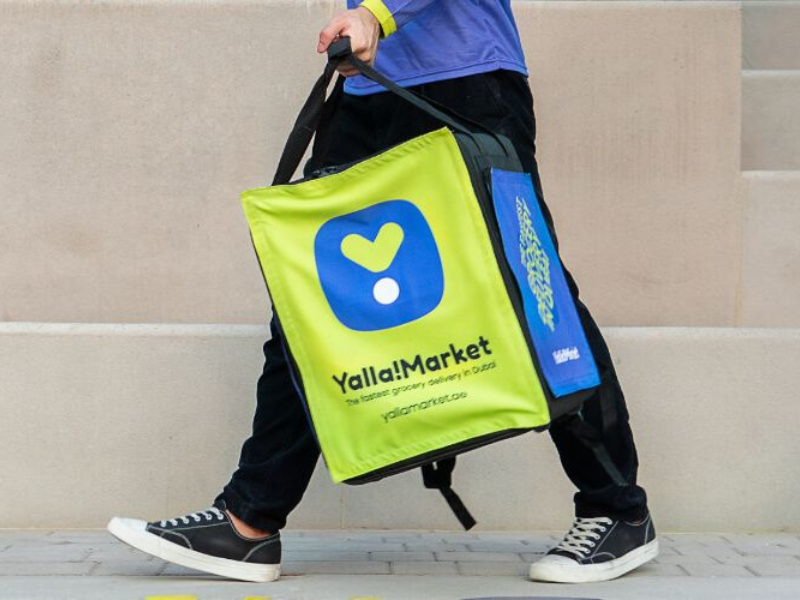 YallaMarket has raised $2.3M in a pre-Seed round co-led by Wamda and Dubai Angel Investors, with participation from key Mena-focused angel investors.

Founded in 2021 and currently operational in Dubai, in the JLT, Business Bay, and JVC areas of the city, YallaMarket the e-grocery startup has managed to cut its delivery times to a mere 15 minutes. The UAE-based team relies on an intricate network of strategically located dark stores and warehouses and has taken a hyperlocalized approach to last mile delivery with a sustainable solution of E-cooters and bicycles for transport.

Despite a slower H1’2021 and a 10-deal drop in deals since full-year 2020, the E-commerce industry in MENA picked up by Q3 2021, raising $71M more than total capital deployed in full year 2020. As recorded in our Q3 2021 EVM E-commerce Venture Investment Report, Egypt climbed a rank to become the most active E-commerce geography by number of deals in Q3 2021 and jumped 2 ranks to become the most-funded by volume of capital deployed. It was one deal by E-commerce startup MaxAB that raised 60% of that capital by Q3 2021. Over the entire year, quick commerce platforms including Egypt-based Rabbit, Appetito, and Breadfast and Turkey-based Getir have raised major rounds as they seem to have cracked the perfect scalable operation for a burgeoning post-pandemic demand. As the UAE records a 6% YoY increase in capital deployed backing E-commerce startups by Q3 2021, 2 of the top 10 E-commerce rounds across MENA were closed by UAE's Homzmart and Eyewa.

In conversation with Wamda, YallaMarket explained that the key driver behind this delivery momentum is the startup's unique space design, optimizing courier times to make the pickup process as swift as possible. YallaMarket CEO Leo Dovbenko told Wamda “Over the past few years, it has become clear that the dark-store model is supposed to replace classic convenience stores. It's a new retail revolution,” Dovbenko added “Quick commerce is the new way of serving customers, it’s much more convenient for customers to press three buttons and get their order delivered in 10 minutes, [rather] than standing in line.”

YallaMarket offers 3000 SKUs that update based on customer projections, the UAE-based startup purchases its items directly from brands and distributors creating an untapped efficient distribution network for stakeholders, and revenue margin opportunities per item for the UAE-based team. YallaMarket has also built its own network of fleets and couriers which brings cost margins to a minimum.

As reported to Wamda, the investment will be used to continue YallaMarket’s growth in the UAE with plans to open 100 new dark stores in Dubai and Abu Dhabi as well as expand to Qatar next year. The startup also plans to launch its own line of ready-to-eat meals, which users will be able to order on the app.
Dovbenk concluded “We plan to use the majority of our newly secured funding to boost our growth. The Mena region is actively developing: Expo is taking place in the Emirates this year, and Qatar is hosting the FIFA World Cup in 2022. Our goal is to cover as much territory by on-demand fast delivery as possible.”

Check out with a cart full of insight. Browse 1,500+ E-commerce startups in MENA