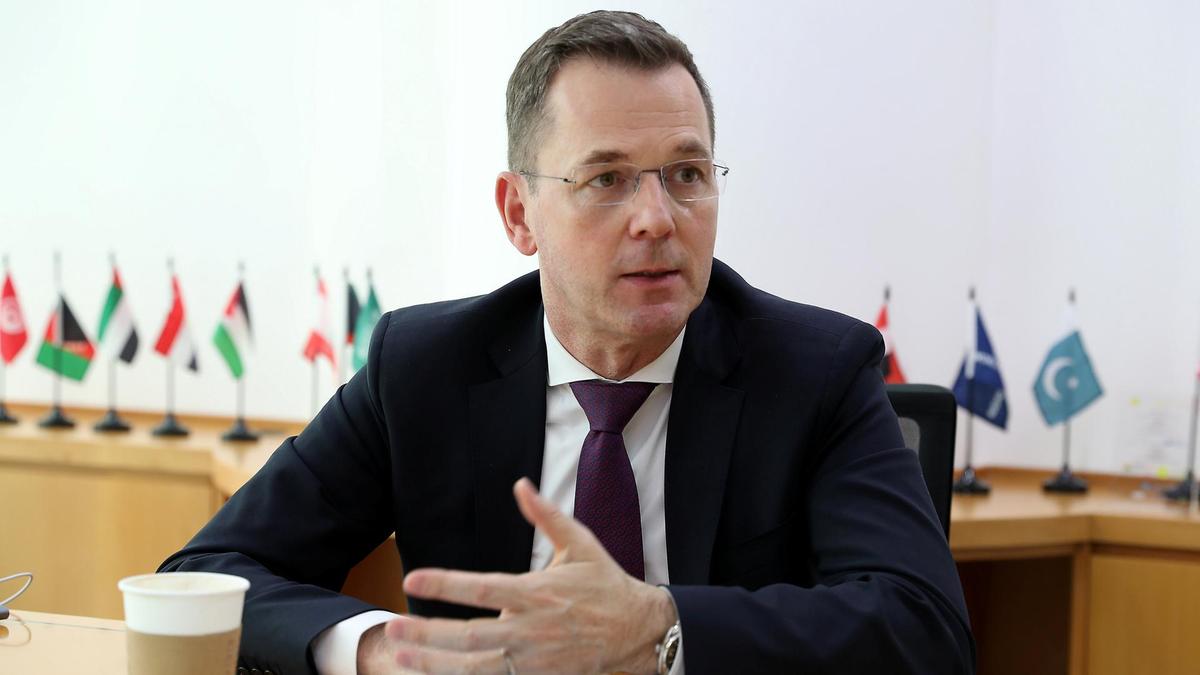 International Finance Corporation (IFC), the World Bank’s private sector arm, aims to invest more than $2 billion in the Middle East and North Africa (Mena) region in the 2019 fiscal year, as it seeks to grow the private sector and expand regional economies.

“We do need the private sector to play a bigger role in Mena economies, so we’re looking for ways to leverage our resources to create new markets and sustainable jobs in the countries in which we operate,” said Sergio Pimenta, IFC’s vice president for the Middle East and Africa, in an interview with The National in Dubai.

IFC, a development finance institution, supports emerging economies through loans and other financing, such as by taking stakes in high-growth companies. In 2014, for example, it made a $100 million equity investment in Saudi Arabia-based utility developer Acwa Power.

In 2018, IFC invested a record $2bn in Mena projects, up from $1.6bn the previous year, Mr Pimenta said. In the company’s current financial year, which runs from June 2018 to July 2019, it has spent between $500m and $600m to date and expects to surpass $2bn by July and keep growing its regional investments in the years ahead.

A capital increase approved in recent weeks by IFC’s board “will give us scope to increase our investments globally and the Middle East and Africa will benefit”, the vice president added.

The key regional markets where IFC is active are those where governments are rolling out reforms to boost the private sector, through new regulations and other initiatives to improve ease of doing business. Such countries include Morocco, Egypt and across the GCC as well as, more recently, Jordan and Iraq.

Across the region, governments are working to stimulate private sector business to grow and develop their economies. In the hydrocarbons-rich GCC, the three-year slump in oil prices from 2014 forced many countries to accelerate economic diversification efforts to reduce dependence on oil revenues, and creating new private sector companies in different segments of the economy is a crucial way of doing this.

Across Mena, the public sector still accounts for between 60 and 80 per cent of formal employment, according to Mr Pimenta, and this is a cause for concern. In addition, at least two-thirds of the Mena population is aged under 30, and creating new jobs for young people is a pressing issue.

IFC is in advanced talks with a clutch of regional organisations with a view to making investments over the coming year, Mr Pimenta told The National. He would not be drawn on the details as the talks are private, but said IFC has a “healthy pipeline” of deals ahead.

The institution sees particular investment opportunities in the digital economy – e-commerce and other types of emerging technology such as blockchain and FinTech – as well as in large-scale infrastructure projects and renewable energy.

In 2017, IFC channelled a $653m private sector loan package to finance the development of solar plants at the huge Benban Solar Park in Egypt. Despite its rising activity in the Middle East renewables sector, IFC does not envisage increasing its stake in Acwa Power, Mr Pimenta said. This was a strategic investment whose purpose has been served, he said.

Investing in the growth of small and medium-sized businesses, including increasing SME access to financing, is another priority for IFC, which is mulling participation in Wamda’s $70m second venture fund, expected to close this year.

In December, the IFC launched a white paper on how to create an enabling environment for “transformational entrepreneurship” – the type of entrepreneurial activity that has the capacity to transcend geographic borders, build supply chains and create new private sector jobs. This is opposed to “subsistence entrepreneurship”, where businesses are primarily concerned with addressing a smaller, local need, the report said.

Mr Pimenta said at the time that more sophisticated early-stage funding, robust digital infrastructure, bankruptcy and other laws to encourage risk-taking, and practical support to build managerial skills, are needed to boost the sector.