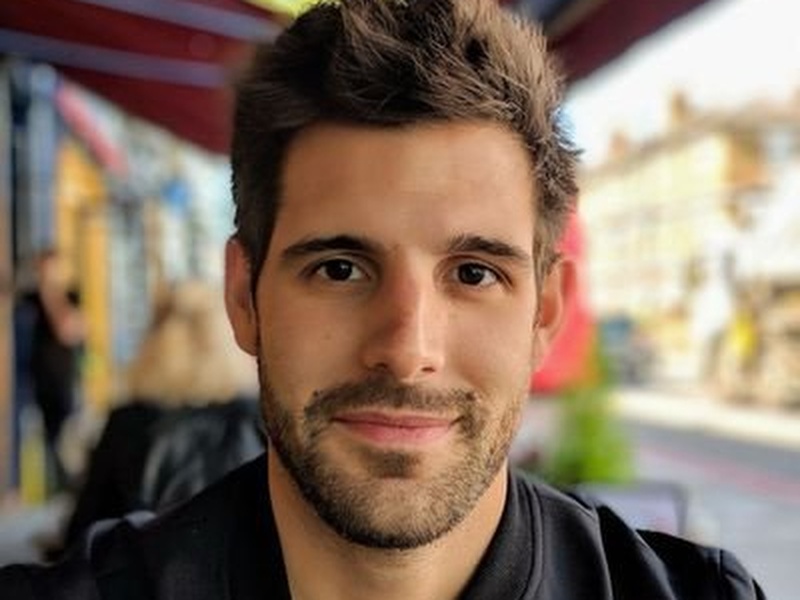 The past four months have been a global reckoning with our existence as we know it. Initially, we couldn’t comprehend what was happening (or that the entire world could shut down over some Bat-atouille); we diligently downloaded Zoom and assumed a lockdown would last two weeks. Then came the sadness and frustration; collectively we descended into a period I will one day describe to my children as the “Toilet Paper Wars” where we surrendered our freedoms for the greater good. And finally, acceptance; the majority of us who are not conspiracy theorists have accepted that life has changed permanently, and we would do best to adapt as quickly as possible.

So here we are with our fancy home-office set-ups and newfound videoconference troubleshooting skills waiting for the “end of COVID-19”; for things to return to “normal”. Here in Dubai restaurants and movie theaters have reopened, beaches are filling back up and the government has expanded the limitation on office capacity from 35% to 50%. All of the trends suggest that we’re heading in the right direction with respect to the restart of the global economy; but what does the new “normal” look like for startups and SMEs across the globe?

I’ll skip past a review of the past six months and the damage its done to our job security, health, and collective psyches and jump ahead (spoiler alert) — many of us are now either unemployed or working from home and the latter appears to be a trend that’s here to stay. Prior to 2020, companies appeared either strongly in favor or against the concept. Marissa Meyer, the former CEO of Yahoo (Gen Zers, Google “Yahoo”) famously banned working from home in 2013; a policy which seemed counterintuitive for a large technology company struggling with culture issues at the time. Thankfully, the movement outlasted Melissa’s tenure and the concept continued to gain traction with the advent of new collaboration tools. Today, in remote work 2.0, companies are rethinking the concept of the “office” and remote work policies which will drive impending equilibrium in global access to tech talent-driven.

It’s widely accepted that the most successful tech ecosystems globally are found in North America, Europe, and Asia. A recent report published by Startup Genome ranked the United States as hosting three of the top five global startup ecosystems. Not surprisingly, the top five cities overall was an exact match for the separate ranking of the top five “Talent Success Factor Scores”. Talent scores were assessed by a variety of factors relating to tech talent, life sciences talent, and talent experience.

Outside of Silicon Valley and the aforementioned tech hubs, sourcing and retaining strong talent is a major challenge to the growth of any company. As a former Dubai-based venture capitalist and tech employee myself, I have witnessed firsthand how access to talent can make or break a new venture in an emerging market. I’ve also witnessed how difficult it is to find technical talent here in the Middle East, and how often this talent is sourced from Europe.

For many countries, the exodus of qualified talent is known as “brain drain”. As the slightly less-than-refined title suggests, this is the emigration of talent from markets with strong foundational education systems in maths and sciences, e.g. India, China, and many Arab countries to developed markets. Talent pools in these developed markets are much more mature and the strongest academic performers are given generous offers to remain in their host countries and continue developing professionally with a cadre of the best world. This, among other factors, drives a lack of equilibrium in the global tech talent pool.

Taking a moment to consider the inverse, save for exceptional cases, and the travel-motivated, there’s no draw for strong tech talent to leave their home countries’ mature ecosystems. Immigrating to a new country means hassles with visas and immigration, language barriers, and, grappling with unfamiliar (and occasionally overlapping) tax regimes. By remaining in markets such as the US or UK, a tech worker will have a beautiful Silicon Valley (or Silicon Roundabout for our friends in London) office to commute to with free daily meals, organic artisanal tea kiosks, and laundry services.

Now, completely ignore the logic I just laid out. It’s no longer valid.

Working from home, or remote work, has quickly become the norm in a post-COVID world. We’ve all aptly learned how to use Zoom, awkwardly met each others’ children/spouses/pets on-screen, and some have even painted walls in their home with “whiteboard” paint. Jack Dorsey announced that employees of Square and Twitter can work from home “forever”. Upwork CEO Hayden Brown proclaimed the company to be “remote-first” as did Tobi Lutke, Shopify’s CEO. Google, Microsoft, JPMorgan, Zillow, Slack, Amazon, PayPal, and Salesforce have all extended their working from home policies.

“More than half (53%) of professionals working for technology firms in Silicon Valley prefer remote working to an office environment, according to anonymous workplace survey app Blind.”

Here’s where things get interesting: ‘remote work’ is precisely that, something burned-out, travel-blogging millennials discovered about 10 years back. So, without the fancy office perks and the opportunity to collaborate in-person, what’s to keep a high-performing engineer or product manager from seeking a new challenge outside of his or her’s own borders? The majority of Gen Zers (65%) and millennials (73%) said their job is a major component of their personal identity; it’s not a stretch to suggest that joining a fast-growing new company based in Latin America, Southeast Asia, or the Middle East and mentoring a team of underdeveloped but promising talent could take priority over a high-paying job in their home country. If we assume that time-zone differences can be managed and compensation will be competitive (which is a topic in itself but very possible) or of lesser priority to these age groups, what’s to stop these individuals from joining a venture based hundreds or even thousands of miles from home and bringing their educational background and professional experience to an underdeveloped ecosystem?

Careem, the MENA region's ride-hailing and Super App which was recently acquired by Uber, was a pioneer in finding innovative ways to acquire talent remotely. Challenged to draw technical resources to its headquarters in Dubai, Careem opened an office in Berlin, a widely-known and respected tech hub with a top-tier tech talent pool. The office became a satellite for Careem engineers and product managers who weren’t fully sold on moving to the Middle East. In part due to this strategy, Careem has been able to attract 70+ nationalities to its humble Dubai-based headquarters; including Brits, Americans, Europeans, Indians and Chinese. Having access to top-tier talent not only supported Careem as a competitor to Uber but it drastically reshaped the entire MENA ecosystem as ex-employees moved on to found companies. Today, ex-Careemers are considered the strongest talent in the region.

The end of physical office-centricity will also challenge governments who have become accustomed to an influx of well-educated immigrant tech workers from markets like India. This will be compounded if governments rely on protectionist policies to guarantee jobs for citizens, such as the current Trump Administration’s recent decision to suspend H1B visas. American corporates, in their relentless pursuit of shareholder value, will continue as they have for decades to seek human capital arbitrage opportunities through outsourcing. The difference today is that the forced adaptation of remote work will encourage startups and corporates alike to rethink their people strategies more holistically. With visas removed from the equation by remote work, there will be a weakened framework for ensuring that tech jobs go to citizens and residents of these markets. Governments will certainly find solutions to address this but it offers new opportunities to tier-two and three talent pools to engage with and learn from the top ecosystems in the world.

It’s not contradictory to suggest that we’ll see talent from mature markets working remotely with companies in emerging ecosystems while US and European-based startups simultaneously expand their teams by hiring across India, the Middle East, and Asia. The scale of the shift, governments’ responses and the overall impact remains to be seen; however, we should expect progress towards what I will continue to refer to as “tech talent equilibrium” in the coming years. Even if we fall short of equilibrium this trend will certainly level the playing field for startups in markets with weaker and less diverse talent pools.

Rayan is a former member of the Corporate Development team at Careem which was responsible for launching new businesses such Careem Bikes and closing the Uber-Careem acquisition. Prior to Careem, he was a member of the Investment Team at Wamda Capital and consulted Fortune 100 companies at Accenture Strategy in New York. Rayan holds an MBA from INSEAD and a BBA and BA from the University of Massachusetts.