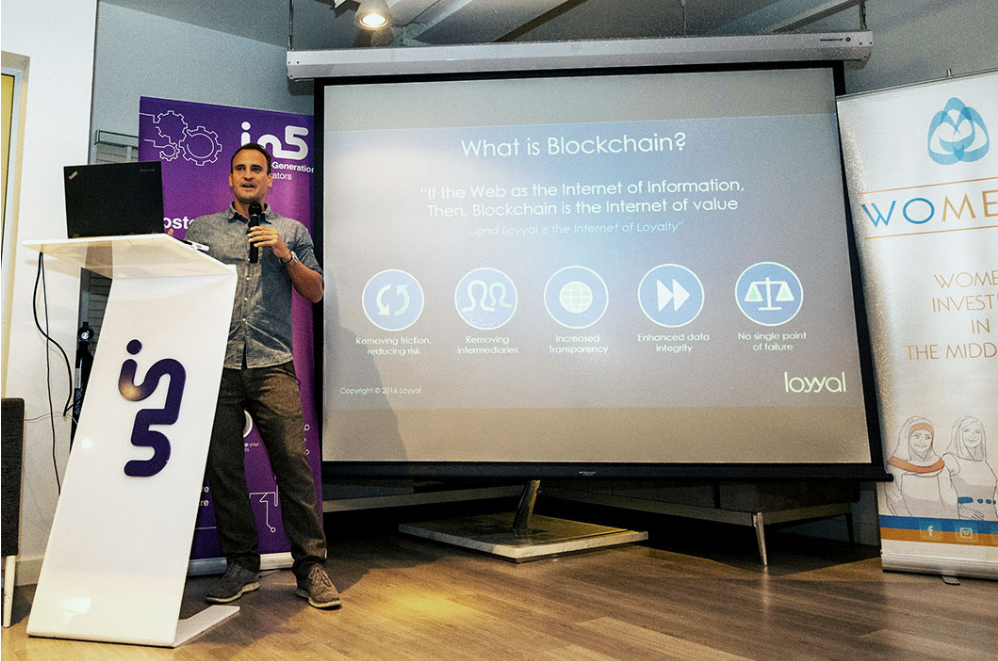 Just over three months after WOMENA invested in Bayzat and Souqalmal, the Dubai-based angel group kicked off 2017 by investing in the latest funding round of Loyyal, a blockchain-based loyalty and rewards platform.

Loyyal leverages blockchain and smart contract technology to provide a network for incentivising commercial and non-commercial transactions. Their first application of the technology is in the loyalty and rewards industry to solve a clear commercial challenge; high fragmentation and user dissatisfaction in the current marketplace.

“They have a very strong team solving an old problem with new technology. The market for rewards programs is very big and Loyyal has already gained some traction from big potential clients,” said Elissa Freiha, Managing Director, WOMENA. “We are excited to be joining in the blockchain revolution with this investment – the 7th investment for our network. Not only is this a revolutionary model but also a product that our members and consumers around the world will surely use,” she added.

Headquartered in New York with a subsidiary in Dubai, Loyyal is one of the successful Dubai Future Accelerators (DFA) alumni who secured a pilot program with the Dubai government.

According to the announcement, Loyyal is deploying its proprietary and patent pending blockchain and smart contract infrastructure solution to re-map the way the Dubai Holding’s businesses interact with consumers and each other. The pilot will focus on The Jumeirah Group and TECOM Group, bringing together disparate loyalty schemes and separate businesses to unlock undiscovered relationship value and demonstrate the network effect opportunities of using the common ledger and distributed trust capabilities of blockchain.

Sean Dennis, Co-Founder and Chief Happiness Officer of Loyyal, said “With the amount of work we are getting in the region and a very positive pipeline of interested clients, we are now opening up an office here in Dubai and will have a permanent team on the ground. We will also make sure to maintain relationships with our new DFA ‘family’ and we are very much looking forward to the future and the growth of Loyyal in the region and globally.”

This marks WOMENA’s first investment in the blockchain sector. The investment was made together with Hayaat Group and other individuals.