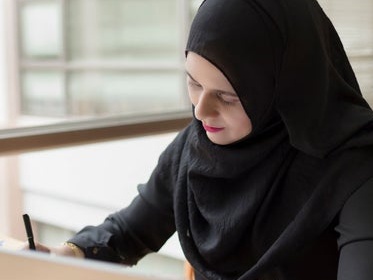 Dr. Abdulhasan Al-Dairi, the Chairman of Bahrain SMEs Society, has expressed his delight at the government policies taken by Middle Eastern governments to empower women, on his article published in The Entrepreneur Middle East.

He pointed out how people tend to overlook the potential of the fourth industrial revolution to bride the gender gap. As one in three Arab tech startups are run by women in the Arab, the impacts are quite visible. Things are not as good even in Silicon Valley, where only 17% of businesses are run by women.

Dr. Abdulhasan has also described how technology has been serving as the true enabler in the Middle East, breaking down cultural barriers that have been holding women back for years. With the power of internet, women are now being able to build their own businesses, raise funds, generate leads and sell to customers- even from the comfort of their home. It won’t be a big surprise if the next tech wave puts women equally beside men in the tech market.

As traditional barriers are being removed gradually, Dr. Abdulhasan is hopeful that the entire economy will be benefitted from female contributions. McKinsey has estimated that the increased participation from women in the workforce might add US$600 in the region’s GDP by 2025.

Women are better educated in the Middle East than ever before. Gender parity is also being reached in research and science, according to UNESCO. Among region’s graduates in science, agriculture and engineering, 34-57% is females. Conservative values still hold women back on some regards, due to social, cultural and familial pressure; but things are improving gradually.

Dr. Abdulhasan mentioned the example of Bahrain, a country that has integrated women’s needs in their national strategies to realize their Economic Vision 2030. Public private partnerships like the Bahraini Women Development Portfolio fund are already in work with financial support, training and advice for women, so that they can launch their own commercial startups.

“Taken together, these initiatives have created an ecosystem where new businesses can flower. Bahrain now boasts gender parity in business ownership, with 49% of all commercial registrations in the Kingdom being female-owned, according to statistics revealed at the 63rd United Nations Commission on the Status of Women at UN headquarters in New York recently. As an indicator of what is possible in a challenging region, Gulf nations like Bahrain have shown how women can be empowered to lead and innovate, opening up conduits for economic growth in new industry sectors, while setting a strong precedent for future generations,” Dr. Abdulhasan stated.