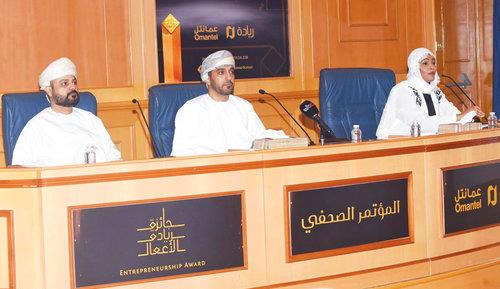 The main committee of the Entrepreneurship Award on Tuesday announced the details of the fourth edition of the award, titled, 'Competition and Innovation', during a press conference held at the Supreme Council for Planning.

It was held under the patronage of H E Dr Abdullah bin Mohammed al Sarmi, Undersecretary in the Ministry of Higher Education, and board member of Riyada. The RO180,000 award is organised by Riyada and Omantel.

He added that the government agencies support these institutions in all possible ways, and Riyada board of directors follows up the projects given to entrepreneurs operating small and medium enterprises and various government agencies. The fourth edition of the award shows an increase in the cash prize for the winners, with a total value of RO180,000, of which RO87,000 has been allocated as cash prizes and RO93,000 allocated to support programmes for the winners, to develop their abilities and knowledge.