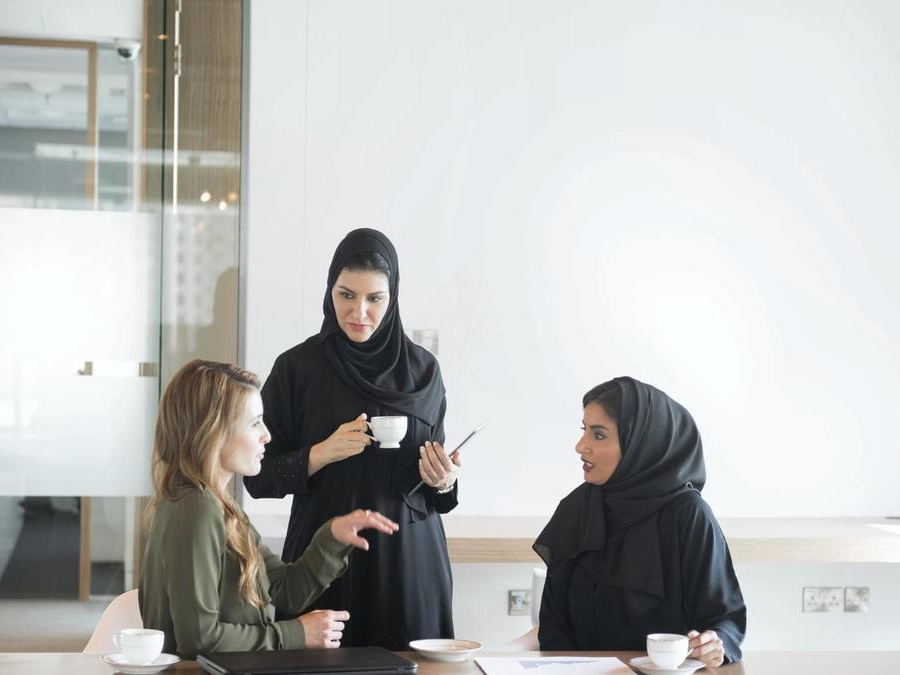 If male and female entrepreneurs participated equally in the economy, global gross domestic product would rise by 3 to 6 per cent. This is according to a July report from Boston Consulting Group, which found the world economy would be boosted by about $2.5 trillion to $5tn by such a scenario.

The percentage of men who start a new business exceeds women by 4 to 6 per cent, the study also found. The gender gap widens in countries like Switzerland and South Africa, while women in Vietnam, Mexico, Philippines and Indonesia lead the way, launching more businesses than men in 2016.

Though women in Asia are ahead of men when it comes to starting a business, women in the Middle East and North Africa don’t stay in the entrepreneurial space for long. Women-led businesses are almost half as likely as male-led enterprises to remain operational three-and-a-half years after inception, the BCG study found. Despite this, the region has witnessed the rise of many funds and accelerators that support female entrepreneurs.

Womentum, for example, a four-month accelerator programme from Womena, the Dubai angel investment platform, and Standard Chartered, supports female-led tech start-ups in the region. The UAE has proven to be the place to be for female entrepreneurs with half of the country's small to medium sized enterprises managed by women.

Nevertheless, the high number of regional women-led ventures not remaining operational three-and-a-half years after starting a business is alarming and indicates that more support is needed. So, what can be done?

From my experience, many regional female entrepreneurs are riding solo, meaning they don’t have access to networking events catered to women business owners in the early stages. But perhaps they are not aware these types of events exist or they simply don’t have the time to attend. I also find many women depend on their own research to enhance their skills, rather than looking for help outside their organisation.

Luckily, there are couple of great networking options for those based in the UAE. The International Business Women Group in Abu Dhabi, founded in 1994, provides monthly networking sessions and seminars for its female members. Other options include the Womena initiative Bossladies, a community of female entrepreneurs that provides training, networking, workshops and media exposure opportunities to its members.

It would be good to see similar events catering to female entrepreneurs across the region, as it could transform for their journeys. A caravan of sessions taking place across different countries, could provide networking opportunities between investors and female entrepreneurs as well as workshops, seminars, and short accelerator programmes that women could benefit from.

Networking and professional advancement opportunities for female entrepreneurs could take place on the digital front as well, with content created specifically for their needs. It could include videos by inspirational business women, tutorials, articles, blogs and more. Though not dedicated solely for female entrepreneurs, Oman-based organisation Edlal, provides professional online courses in Arabic for free, across different topics such as innovation, entrepreneurship, programming and branding that female entrepreneurs might find helpful. The video tutorials are presented by thought leaders and experts in various fields, with viewers receiving a certificate once they complete of a tutorial.

More support could also come from creating co-working spaces around the region for women to come together, work, mentor each other, learn and meet over events. The space could be an initiative by a global bank or a big corporation that operates in the region.

However, the biggest support female entrepreneurs need is more funding, whether from angel investors, venture capitalists or grants.

Supporting female entrepreneurs is necessary to enhance their livelihoods and transform our global economy through the creation of new ideas, new products and new job opportunities.