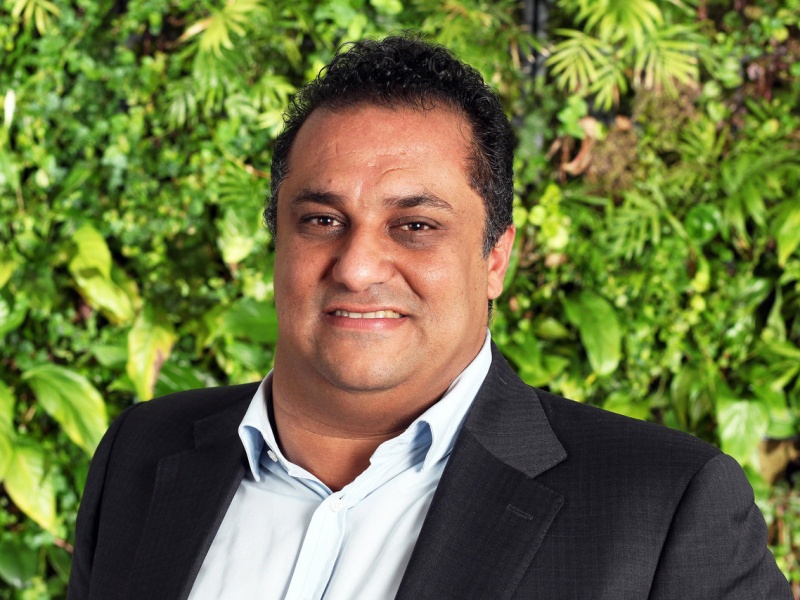 It’s time to leapfrog: Why MENA entrepreneurs will be the catalyst to leapfrog over other economies

Marc Andreessen, a well-known US innovator, and prolific investor, recently wrote an article that has attracted a lot of attention, called ‘It’s Time to Build’.

The article blames America’s response to COVID on “smug complacency, this satisfaction with the status quo and the unwillingness to build.”  It’s hard-hitting at times: “as I write this, New York City has put out a desperate call for rain ponchos to be used as medical gowns. Rain ponchos! In 2020! In America!”

The article is designed to stretch the imagination, and although it’s written from a US perspective, it made me think about how we are building in MENA. And given the technological and cultural revolution taking place in the region, is our ambition simply to build? Or is there an opportunity for MENA to ‘leapfrog’ other developed economies through the catalyst of our entrepreneurs?

The health sector is a good example. With a rapidly increasing population and an increase in chronic conditions such as diabetes and heart disease, the traditional hospital infrastructure is simply unable to serve our population. Even without the challenges presented by COVID, waiting for medical appointments at a clinic feels outdated, expensive, and often inaccessible. The pressure is on for MENA’s leaders to champion new ways of delivering high-quality and low-cost healthcare.

We are already seeing entrepreneurs step in to solve this problem and in 2019, HealthTech startups in the MENA region raised more funding than any previous year. Pioneering technology including mobile health, wearable devices, personalized medicine, and robotics applications in medicine are on the rise, accelerating faster than every other region.

Artificial Intelligence (AI) is being adopted in the region at pace, providing opportunities, especially in the diagnostic space, where it is playing an increasingly major role. The United Arab Emirates recently appointed a Minister of State for AI and launched it's Artificial Intelligence Strategy 2031, bringing AI tools and technology to sectors including healthcare. The Dubai Health Authority is already using AI to assist its procurement and contract management process.

The future of healthcare in MENA is rapidly shifting from one of reactive care to proactive care, no longer focused on treating people when they are sick, but inspiring them to lead a healthier lifestyle right from the start.  It’s time to scale this opportunity in MENA and globally fast.  It’s time to leapfrog.

The region is expected to be amongst the first in the world to launch commercial 5G networks, according to the GSMA, the mobile operator trade association. 5G has the potential to provide transmission speeds up to 20 times faster than 4G. A new GSMA study predicts that there will be more than 50 million 5G connections across the MENA region by 2025, with 5G networks covering approximately 30 percent of the region’s population by that time.

The Gulf Cooperation Council states are amongst the first in the world to launch commercial 5G networks, challenging North American and Asian operators in driving 5G development. Both UAE based Etisalat and Qatar based Ooredoo are already undertaking live 5G trials on speed, equipment, and latency.

5G data delivery has the potential to accelerate almost all sectors of the economy, enabling applications including real-time, remote surgery, cloud-assisted autonomous vehicles, and touch-sensitive VR.  The opportunities are endless.  It’s time to leapfrog.

Financial Technology (FinTech) is accelerating at pace in MENA, fuelled by government investments in financial and digital infrastructure.  Instead of replicating the legacy design in western economies, MENA is building 21st-century financial regulatory models. Since many of these regulators are not deeply invested in older technology, they have a chance to deploy newer, better technology, from scratch.

In Bahrain, for example, the Economic Development Board has established the Bahrain Fintech Bay. With 28 founding partners from both the public and private sectors, the Fintech Bay intends to provide support to Fintech start-ups by facilitating cooperation, accelerator programs, and funding. Similarly, the Bahrain Development Bank, which supports small and medium businesses in the kingdom, has moved to bridge the venture capital gap through the creation in 2018 of a $100m fund of funds. This allows VC fund managers to apply for capital allocations that in turn must be invested in the region.

The Abu Dhabi Global Market has teamed up with Plug and Play, a Silicon Valley-based innovation platform and accelerator, to foster Fintech entrepreneurship in the region.

Banks are also growing their digital capabilities and innovative electronic solutions such as e-payments and electronic wallet services.

For example, Mamo Pay was established in 2019 and is a mobile and web app that enables individuals, groups, and communities to transfer, collect, and sell through mindful micropayments. Based in the UAE, Mamo proposes to change the paradigm of sending, requesting, and splitting money between friends and family. Their vision is to ‘bring financial independence to every human so they may have the time and means to live their fullest lives’.

Pyypl is a UAE-based payment technology company and financial services provider using blockchain in its core systems. It acts as a digital alternative for a credit card, by connecting any smartphone owner into the formal financial system. Pyypl Group has the ambition to become the biggest FinTech payment services provider in the Middle-East and Africa.

HalalaH is one of the fastest-growing FinTech companies in the MENA region with dual licenses in Saudi Arabia and in the United Arab Emirates. Launched in 2018, it was selected amongst “The top 100 Arab World Startups” that are Shaping the Fourth Industrial Revolution” by the World Economic Forum (WEF) in 2019. HalalaH is a digital banking platform providing innovative payment solutions and a seamless banking experience for individuals and businesses.

There are countless other examples. The point is, when it comes to financial innovation, we are seeing the world turn upside down. The lack of physical banking infrastructure used to be a disadvantage – but is now an advantage. Traditional business models embraced by advanced economies that once seemed like assets have become liabilities. Fintech startups in MENA are already booming with $704 million invested in a record 564 deals in 2019, an increase of 12% in funding over the prior year, according to a recent report by MAGNiTT.

In his article, Marc Andreessen says that “when the producers of HBO’s “Westworld” wanted to portray the American city of the future, they didn’t film in Seattle or Los Angeles or Austin — they went to Singapore.”

Next time, they would be wise to film in the Middle East, where urban and even desert landscapes are rapidly transforming into ‘smart cities’. Smart cities are essentially urban spaces that use software, computing devices, and big data to solve the problems inherent to densely populated areas.

In Dubai, for example, ‘Smart Dubai’ is an institution championing smart city initiatives across the region in a bid to make Dubai “the happiest city on earth”, a vision set out by the Vice-President & Prime Minister of the UAE. The initiative seeks to harness AI, data, and blockchain, driving Dubai’s economy and achieve the ultimate goal of making it entirely paperless.

A growing number of government and major smart city initiatives right across MENA are fuelling the adoption of IoT networking, with spending on related technology expected to hit nearly $18 billion by 2023, according to the intelligence firm IDC.  IoT networks are able to monitor and control infrastructure, devices, and the flow of data, enabling business opportunities, and improving the standard of living for residents.

For example, in 2018, the Dubai Electricity and Water Authority (DEWA) adopted General Electric's IoT platform Predix to enable the regulator to collect and analyze data in real-time in order to enhance the speed and efficiency of its operations.

Zain Saudi Arabia and Nokia signed two agreements that will enable the Middle East telecom operator to launch IoT services and provide end-to-end solutions to enterprises in the Kingdom. The move is expected to "accelerate" Saudi Arabia's smart cities initiatives, the companies said in a press release.

Honeywell and Etisalat Misr, a unit of Etisalat UAE, formed a partnership to deliver city management services for citizens at Egypt's New Administrative Capital, expected to be one of the world's largest smart city projects. The US-based industrial conglomerate will deploy IoT software and hardware solutions for a City Operations Center (COC) platform.

McKinsey’s 2018 Smart Cities report ranked Abu Dhabi and Dubai as already the most technologically advanced cities in the region. And Saudi Arabia’s planned Neom ‘megacity’ is expected to encompass a 10,000 square mile economic zone and metropolis, and run on 100% renewable energy.

There are many other examples of how innovative entrepreneurs are finding ways to innovate in the region – in the fields of EdTech and FoodTech for example.  With creative economies, forward-thinking leadership, an entrepreneurial and digitally-savvy population and world-leading technology, our time to build and to leapfrog is here.

It’s time to leapfrog: Why MENA entrepreneurs will be the catalyst to leapfrog over other economies