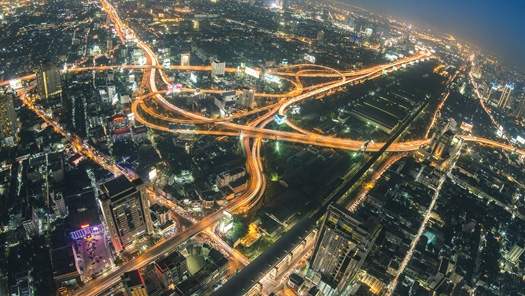 More startups are investing in the UAE's logistics market to meet the increasing demand created by the rapid rise in e-commerce service providers across the GCC, according to industry specialists.

"The UAE's logistics sector is gaining momentum as more and more startups are opening their shops and offering the latest solutions and services, tracking shipments on a real-time basis, beating turnaround time for deliveries and consistently racing to acquire smarter technology," said Shailesh Dash, chairman of Gulf Pinnacle Logistics (GPL).

"While the UAE has a blend of conventional logistics players and startups, the new players are having an edge over traditional counterparts via the latest technology which offers transparency at a click of a button," Dash added.

GPL is a Dubai-based company that acquired a 60 per cent stake in Century Express Courier Services in 2017 as part of its $325 million (Dh1.2 billion) investment plan. Since the acquisition, GPL invested heavily in reinforcing the infrastructure of Century Express and won contracts with top-ranking e-commerce players and institutions.

"Delivery and transport was the third most actively invested industry in 2018 after fintech and e-commerce. Startups in the logistics sector are more innovative compared to old players in the industry and that's the reason they attract more investors. We are one of them," Dash said, referring to GPL's investment in the technology infrastructure of Century Express.

The technology adoption, according to experts, has helped companies bring buyers and sellers on one platform with much smarter processes easing the cumbersome process of locating vehicles, fleets and tracking delivery points.

The Internet boom in the UAE did boost the e-commerce growth in the last couple of years. Food delivery services, for example, have seen a growth of over 100 per cent. However, one of the biggest challenges was delivering the goods as promptly as the click on your mouse. The logistics sector sees firms competing to deliver within hours and on the same day within the UAE.

"Technology is playing a wider role for Century as it enables the company to offer smoother, more transparent and more competitive last-mile services for domestic and international shipments. Century is eying a bigger international role and is on track to capture lucrative international deals and tie-ups." said Turab Ur Rahman, general manager of GPL's last-mile division.

Najeeb Kabeer, partner and managing director of Century Express Courier Services, said: "A robust last-mile delivery service is key to support the e-commerce boom and this has, so far, eluded many retailers.

"It is not just about retailers getting the products out to customers. There is also a growing demand for reverse logistics as more retailers offer free return services. This trend will continue to feed the booming e-commerce industry in the UAE and keep the players in the logistics sector busy," Kabeer added.

From storage to freight management, and shipping to outsourcing, logistics startups have created innovations in the Mena region and attracted significant investments. Magnitt's latest report identified that the delivery and transport sector accounted for the largest share in total funding, a 29 per cent share of a $893 million in raised capital, including $200 million raised by Careem, across the Mena region last year.