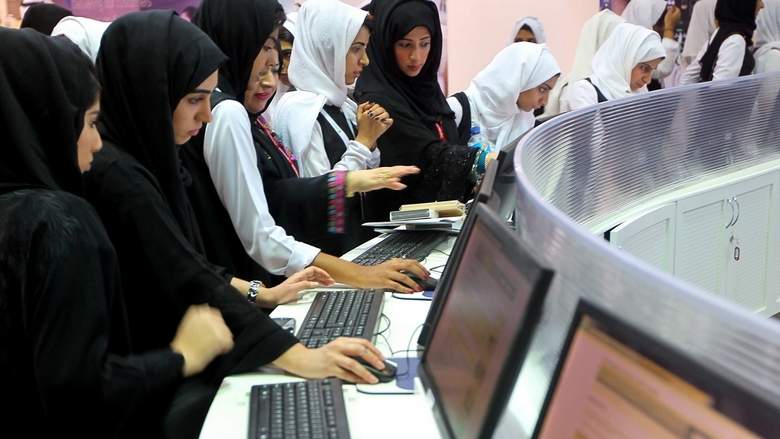 Why the future of the UAE job market is tech-driven

SOURCE: Khaleej Times - Why the future of the UAE job market is tech-driven

As we approach the end of another year, now is an opportune time to reflect, evaluate and begin planning for the future.

For businesses, large or small, public or private, 2018 can be described as a period of recovery and resilience.

Our recently-published Monster whitepaper for 2018 has shown that online hiring across the UAE has improved dramatically over the last nine months, reaching an all-time high of 28 per cent in the third quarter of 2018. As the economy continues to find its footing after a turbulent 2017, the ongoing recovery of the UAE's job market is attributed to stabiliSing oil prices and the fiscal reform initiatives announced by the country's leadership.

In September 2018, the International Monetary Fund raised the economic forecasts of all GCC countries for 2019. According to its World Economic Outlook report, the UAE is projected to grow by almost 4 per cent in 2019.

The private sector can be a key stakeholder in the economic and urban development of the UAE in the coming 12 months. In addition to driving national income and helping reduce the nation's dependency on oil, the introduction of long-term visas for professionals and easier licensing requirements for new businesses will create jobs. This is a welcome and much needed boost for the private sector in the UAE, which was once viewed as 'secondary' in an oil-dependent nation like the Emirates.

During the same period last year, Ghadan 21 was announced by His Highness Sheikh Mohamed bin Zayed, Crown Prince of Abu Dhabi and Deputy Supreme Commander of the Armed Forces. The plan, which translates into 'Tomorrow 21', is a Dh50 billion stimulus package that is designed to develop the private sector in the UAE over the next three years.

Perhaps most importantly, almost half of the Dh50 billion allocation is expected to be spent in 2019 towards the development of non-oil sectors like technology. The investment injection in technology is logical - almost necessary - given the long-term benefits it provides to a developing economy.

UAE job market to be tech-driven

The adoption of an innovation-led and technology driven economy is at the top of the UAE's priorities in 2019. In early 2018, His Highness Sheikh Mohammed bin Rashid Al Maktoum, Vice-President and Prime Minister of the UAE and Ruler of Dubai, pledged to accelerate the progress made on the objectives of Vision 2021, the country's national agenda.

Falling under the umbrella of Vision 2021 is the highly-ambitious Dubai Smart initiative. Tasked with transforming the future of Dubai through smart technology and innovation, the initiative has fueled hiring in the technology sector. Our latest data has shown that the demand for technology professionals increased by 25 per cent during the first three quarters of 2018. In fact, online demand for occupations within the space has been registering double-digit year-on-year growth since September 2017, which is truly remarkable.

The upward trajectory of the technology sector over the last few years in the UAE has been fascinating. To witness the nation, go through such a rapid transformation, across all levels of government and society, is a testament to the ambition and determination of the country's leadership. We are not seeing any signs of dwindling momentum which is even more remarkable. In fact, Dr Aisha bin Butti bin Bishr, director-general of Smart Dubai, recently affirmed that the UAE would begin implementing major technologies such as artificial intelligence and blockchain across most government bodies at the start of 2019.

In a bid to work towards harnessing technology locally, the Abu Dhabi government recently formed a partnership with the private sector to create and launch a new technology incubator to attract and develop startups. This is indicative of the forward-thinking nature of the country's leadership and will drive entrepreneurship, resulting in an influx of new entrepreneurial talent within the sector.

Despite strong headwinds in 2017, the UAE economy and job market were resilient, and both have rebounded strongly since. Largely driven by stabilising oil prices and the swift action by the UAE government, 2019 is full of optimism and innovation. I am confident that technology will be the key to unlocking the UAE's monumental potential. Let us see if this rings true in the coming year - I have a strong predisposition that it will.