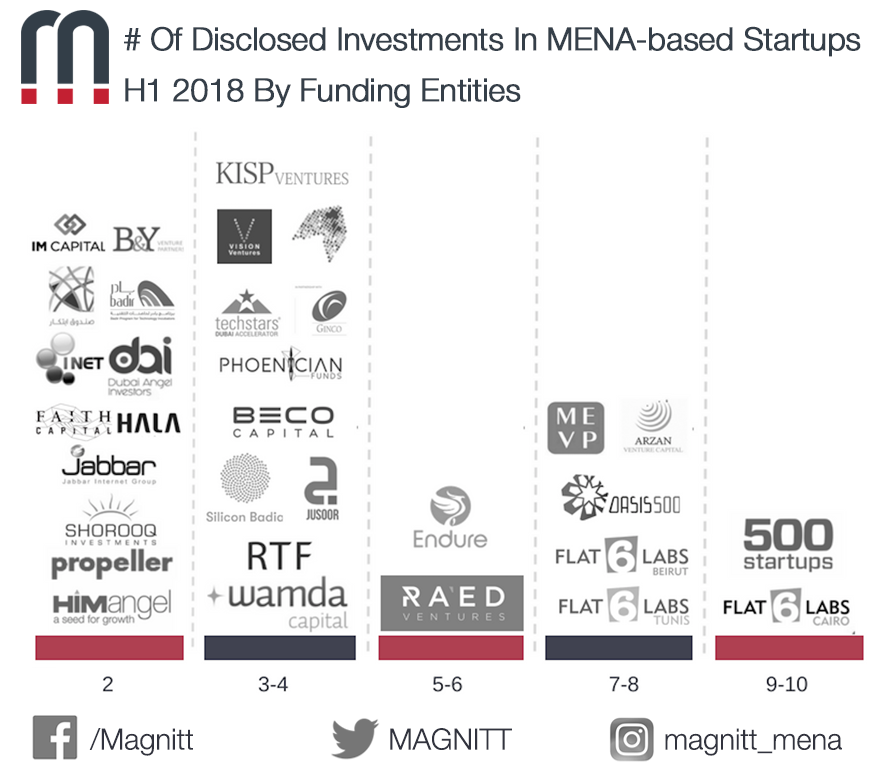 Who Are The Most Active MENA Investors In H1 2018?

Since its initiation in 2011, 500 Falcons, the MENA-focused fund that is part of the global 500 Startups venture capital firm, has established itself as the most active investor in the Middle East and North Africa by number of deals, along with MEVP, BECO Capital and Flat6Labs. The venture capital firm maintained its leading position into the first half of 2018, along with the accelerator-consortium Flat6labs. Both firms remain highly active early-stage venture investors, with over 9 investments made in the first half of 2018.

According to MAGNiTT's MENA Venture Investment Report, the first half of 2018 revealed that funding early-stage startups (i.e. angel and seed investments) remained popular, with 84% of total investments directed to them. Along with this increased funding towards early-stage startups, H1 2018 also saw 44% of institutions investing in 2 or more deals. Of these institutions with multiple investments, 6 made more than 5 deals.

Throughout this article, we highlight 6 of the most active investors in the first half of 2018.

Flat6Labs is a regional startup accelerator program that fosters and invests in bright and passionate entrepreneurs with cutting-edge ideas. The program is currently operating out of Cairo, Jeddah, Abu Dhabi, Beirut, Bahrain and Tunis with plans to expand to other cities in the region. Flat6labs offer a variety of services ranging from seed funding and strategic mentorship, to office space and legal support. Collectively, all locations of Flat6labs participated in 25 deals in the first half of 2018. Some investments made by Flat6Labs Cairo include MedMisr, Transpooler and iSagha. Flat6Labs Jeddah, Beirut, Bahrain and Tunis have also participated in SEED stage funding to various startups from around MENA.

Since its inception in Silicon Valley, 500 Startups has established itself as one of the most active seed-stage venture capital firms in the world. 500 Startups has a variety of global funds and micro-funds dedicated to specific geographic markets or verticals, of which, 500 Falcons is the MENA-focused fund that is a part of the global 500 Startups network. The firm supports startups by aiding them in developing a growth mindset and framework within their organization by bringing mentors from Silicon Valley and global teams to the region to help bridge the knowledge gap. In 2018, 500 Falcons have participated in 11 deals including a $1M investment round in Short Point and La Reina Exchange, and participated in MAGNiTT’s $1M SEED funding round.

MEVP was established in 2010 and has since been recognized as one of the largest VC firms in MENA. With offices in Dubai and Beirut, MEVP manages 5 regional funds with more than USD 220 million in Assets Under Management and another USD 100 million in co-investments. The firm invests in companies that are in their early and growth stages across MENA and Turkey. In 2018, MEVP participated in and led 7 deals including investments in One Click Delivery,The Luxury Closet, Eat and MAGNiTT. 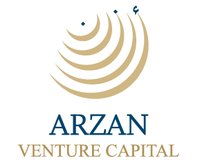 Founded in 2013, Arzan VC is a Kuwait’s first venture capital fund. The firm invests in early stage, technology startups with a demographic focus on MENA. Since its founding, Arazan VC has invested in 22 companies (excluding follow-on investments) from 7 different countries. The Arzan VC team possess extensive expertise in the areas of investment, technology and entrepreneurship and look to pass their expertise on to their investees. Recently, they participated in a $1.5M investment round in POSRocket and a $8M round in SWVL. Other investments include Shieldfy, ARMADA, Qoyod and ReportCard, making Arzan VC’s investments total 7 deals in H1 2018.

Endure Capital is an early stage investment fund headed by Tarek Fahim and Waleed Khalil. The firm is founder-focused and looks for ideas and people that are resilient, resourceful and imaginative. The fund targets products that solve genuine problems for users in large existing markets or rapidly growing ones. In the first half of 2018, Endure Capital invested in all of Elkrem, Karm Solar, Nawah-Scientific, Shezlong, Wuzzuf, totalling the fund’s number of deals to 6 in H1 2018.

Raed Ventures is a Saudi venture capital firm that was established by Almajdouie Holding in 2015. The firm specializes in funding seed stage and early stage startups in the tech sector that operate in Saudi Arabia and MENA.  The main goals of Raed Ventures are to create financial returns, synergies with AlMajoudie Holding, create social impact and enhance the ecosystem. Raed Ventures participated in 6 deals including SallaAPP, Syarah, Crowd Analyzer, SWVL and Tamatem Inc. 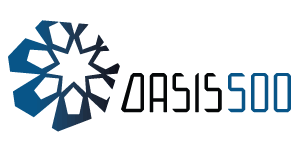 Based in Amman, Jordan, Oasis500 is a SEED investment company and business accelerator that enables entrepreneurs that specializes in tech and creative industries. The firm enables entrepreneurs to transform viable ideas into a scalable business through a set process. The process entails; finding the entrepreneurs, investing in their startups, bridging their know-how gap, and eventually helping them get follow-on funding. In 2018, Oasis500 participated in 5 deals and invested in all of GoGo, AmwalCom, Hadab,  MellBell and DareebaTech.

Are you looking for funding? Apply to these investors by clicking HERE.

Want to find out more? Purchase MAGNiTT’s H1 2018 MENA Venture Investment Report to discover who the most active investors were, where the investment is being deployed and which industries are hot HERE

Who Are The Most Active MENA Investors In H1 2018?