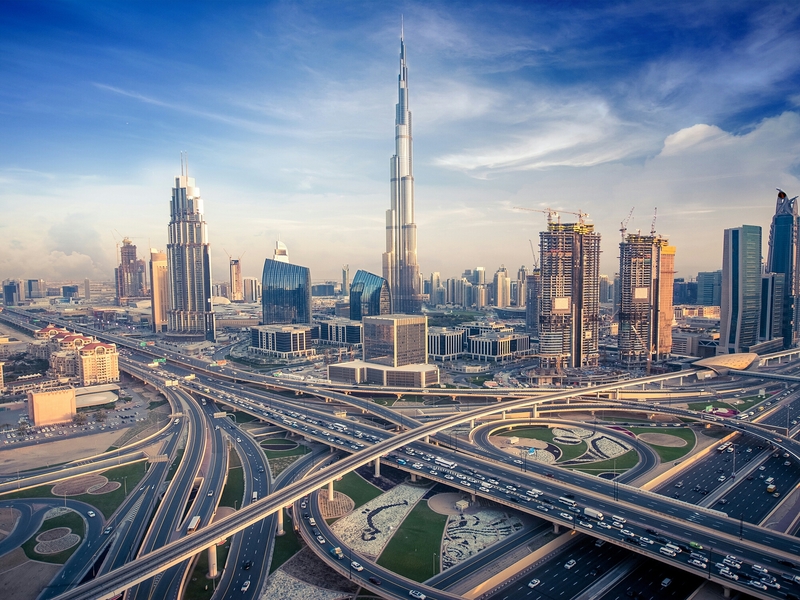 Where will the next Silicon Valley emerge? An overview of the next leading startup hubs

There will be no “next Silicon Valley.” Instead, there will be the “next” hubs, distributed around the world, reaching critical mass driven by either regional (e.g.UAE in MENA) or Sub-Sector leadership (e.g. fintech in Istanbul). Besides the top five startup ecosystems of the world - Silicon Valley, New York City, London, Beijing, and Boston, many promising centers of investment are being formed such as MENA, CIS countries and Turkey.

MENA is home to a number of success stories

The first half of 2019 ended with 15 startup exits, with another record, Careem’s $3.1 billion acquisition by Uber being the first unicorn exit in the region.

Thes UAE  and Saudi Arabia are the most attractive markets in the MENA because of their government plans, budgets, and strategies.

MENA is definitely investors' safe bet. In 2012, 500 Startups made its first investment in the Middle East - a startup called Jeeran, a local reviews platform that has grown to a quarter of a million reviews in 10 cities. There is a lot of capital in the region, and the region is home to an active, and driven young population, with tech-savvy founders seizing the opportunities in their own backyard, which explains the reason for foreign interest in the region.

500 Startups, Silicon Valley-based venture capital firm is also one of the most active players in the startup scene in the region.It has invested in over 100 companies in MENA, supporting 250 entrepreneurs in the 16 countries of the region.

Besides 500, there are also global players such as TechStars, Startupbootcamp, Plug and Play who have all set up in the region. One of the most well-known cases of international interest is e-commerce giant Amazon’s acquisition of Dubai-based Souq.com for $580 million in 2017, a landmark acquisition.

The tax-free environment, highly developed infrastructure and strategic location that gives it access to two-thirds of the world’s population, have encouraged the UAE and in particular Dubai, as one of the most attractive destinations for small to midsize enterprises (SMEs) looking to scale. Abu-Dhabi offers ADGM Application of English common law which safeguards global investors in the region. The UAE is also emerging as Russia's gateway to the MENA region.

Russia is just too massive to ignore

As the ninth most populous country on the planet, Russia is just too massive to ignore. It also boasts low tax rates and a relatively educated population, which is helpful for companies looking for talented workers.

Moscow has worked hard to build a stable relationship with the emirates to learn and benefit from global practice in order to be able to compete. In 2018, the Russian government facilitated the opening of a Russian Center of Digital Innovators and ICT in Dubai's Internet City, attempting to secure a foothold in the Middle East. The Center is going to provide support to Russian entrepreneurs, startups, and tech companies to better understand and market their products to the region. Both countries established a joint fund that will be committed to investing in technology, including startups.

With regard to the startup ecosystem, Moscow moved up from 14th position in 2017 to 10th in 2019. There are more than 4,500 startups in Moscow. But it’s not just about the numbers, Moscow is establishing more favorable conditions for developing technology at scale.

The Russian startup scene is sustained by the impressive Skolkovo project, which already incubates more than 1,000 domestic and foreign startups from its campus in Moscow. It’s “Moscow’s self-styled Silicon Valley” as touted by The Guardian. Skolkovo’s overarching goal is to create a sustainable ecosystem of innovation and entrepreneurship, and creating a startup culture and encouraging venture capitalism.

The highly-skilled, post-soviet engineering workforce combined with new government initiatives, are igniting renewed growth in the tech industry. These businesses are creating new technologies recognized across the globe and many startups are making their way to the US.

The Baltic republics Estonia, Latvia, and Lithuania, which had never had strong ties with Russia, signed an association agreement with the European Union and now play a bridge between Europe and Central Asia.

When we take a look at the Asian side of the region, Azerbaijan is making progress among Caspian countries in terms of rapid development in all spheres of economy and infrastructure. This small country has abundant energy resources and a highly strategic geographic location—wedged between Europe and Asia, at the same time Russia and MENA, while sharing a border, similar culture, and language with Turkey.

In recent years, the Azerbaijani Government has stressed the importance of improving the business climate. Azerbaijan has been ranked 34th among 190 countries and mentioned as  Top-20 improvers in the World Bank's Doing Business 2020 report.

The country also has a growing and vibrant startup ecosystem - the number of startups is constantly growing. The Azeri startup scene is fairly young, yet promising in the field of technology.

Azerbaijan has ranked 47th among 188 countries, 2nd in region in the Global Startup Ranking. The rating included 200 startups in Azerbaijan. As a bright example, Keepface Influencer Marketing Platform signed an investment agreement worth $300,000 with a private investment fund operating in the MENA region. Keepface is the first startup in the region which drew the attention of 500 Startups and was invested by them.

Another startup that attracted investment from the UAE, is Buglance, the crowds testing platform that became the finalist in the “Startup Business of the Year” category in Gulf Capital SME Awards 2019. The platform gathered $535,000 investment so far, from investors all around the globe including 500 Startups.

The key player of the country is InnoLand which offers incubation, Acceleration programs, co-working by physical and virtual residency, as well as training and an education center.

Turkey is a promising region

The next hub or promising region is Turkey. The country is strategically located between key markets in Europe, Russia, Central Asia, and the Middle East.

After years of neglecting the region, Western investors are now in a gold rush in Turkey because the country plays a game-changer role in the region. In addition to its thriving economy, the country also has a flourishing tech startup scene full of government-backed technology parks and accelerators.

A result of the latest political challenges and a turbulent local market, pushed a new generation of entrepreneurs to pursue their passions globally who are rebuilding the startup ecosystem from the ground up.

If you make a location-based keyword search with the phrase “startup at Twitter”, you would be surprised by the results. There are so many events happening at the same time every day, you would think you are either in or near Silicon Valley. Startup Istanbul, Startup Turkey, and the Webrazzi event are the notable monthly and annual startup events that bring together leading startups, VCs, business angels, and executives from Asia and Europe, Middle East, Europe, and the US.

The key players here are 212 Venture Capitals and Galata Business Angels are the most popular meeting points for start-ups and business angels. Another leading angel network in Istanbul is BUBA, founded by the Bogazici University Alumni Association.

Startups are created as a solution to our search for a scalable business model in a way that can have an impact on how a problem has been traditionally solved. Why are they different from small businesses? Because of their disruption, innovation, and scalability aspects. Many entrepreneurs want to get Silicon Valley with their exclusive businesses while many already are actively involved in the creation of their own Silicon Valley.

The ongoing crisis has placed the Healthcare sector under a microscope unlike ever before. Learn all about the industry’s funding and investment trends in our 2019 MENA Healthcare Venture Investment Report.

Where will the next Silicon Valley emerge? An overview of the next leading startup hubs