What the Uber-Careem deal says about Middle East startup culture 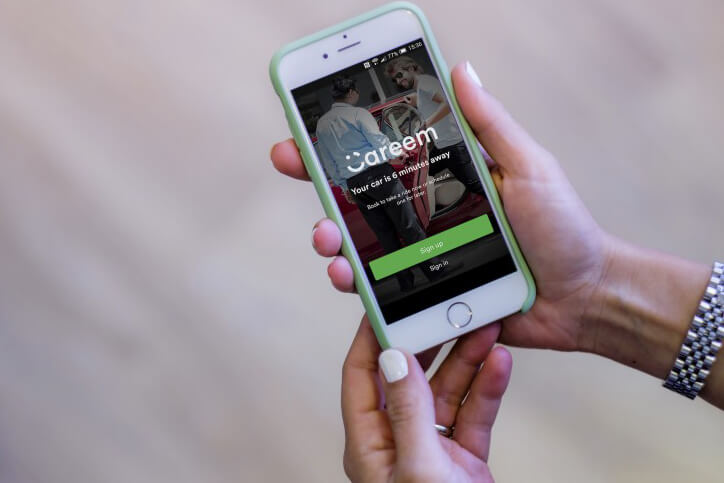 For a region that is consistently creating rapid innovation and generating industry disruption and new opportunities, the Middle East is ripe for startups to establish a firm base for themselves and flourish.

Dubai-based ride-hailing service Careem has done exactly that since the service was founded back in 2012.

Transport on-demand is now offered through the service in 14 countries and over 100 cities across the Middle East and North Africa. The firm became the MENA region’s first and only tech unicorn last year after it closed a $500 million Series E funding round, confirming the company’s valuation at $1.2 billion. According to Bloomberg, Careem also held early talks with banks in January this year about a potential IPO.

It has been revealed today that Uber Technologies are reportedly in talks with Middle East tech unicorn Careem to combine the Middle East ride-hailing companies.

In its discussions with Careem, Uber is reportedly mulling merging its Middle Eastern operations with the Dubai-based ride-hailing firm in return for Uber taking a majority stake in the company, or alternatively it could acquire the company outright.

Acquisitions such as this potential deal tend to be more prevalent in the West. But the Middle East’s central location and innovation-led mindset is not only attracting ambitious entrepreneurs looking to set up shop here, but is simultaneously driving an increased international interest from major players – many of whom are looking to acquire a regional footprint for their company.

According to the MAGNiTT Exit report in 2017, there was a total of 60 startup exits – the point an investor (usually a venture capitalist) sells their stake in a firm to realise their gains – across the MENA in the years of 2012 to 2017. In last year alone, 21 startups were acquired with 4 exits announced. Here’s a selection of the most significant in the Middle East tech scene during that time:

Founded in 2005 by CEO Ronaldo Mouchawar, Dubai-based Souq was already referred to as “the Amazon of the Middle East.” The deal was finally completed last July following the acquisition announcement back in March, with the Seattle-based e-commerce firm paying $580 million for its stake. According to Souq.com, joining the Amazon family enables it to continue to bring even more products and services to customers in the region.

The Kuwait-based restaurant delivery service was bought by German e-commerce group Rocket Internet back in February 2015, after the European firm branded the Middle East as “one of the most attractive markets with significant growth potential.” The deal, which closed at $170 million, now sees the service deliver in Kuwait, Saudi Arabia, UAE, Bahrain, Qatar, Oman and Jordan. The service reportedly records 100,000 orders a day, and the acquisition is said to have helped expand the apps growth, reach and success.

The Arab world’s version of eBay and Craiglist was bought by OLX in 2013 – a company owned by South African media multinational, Naspers.  The site, which was founded by J.C.Butler and Sim Whatley in 2005, the pair sold a portion of their equity to Naspers when they stepped down for an undisclosed amount. At the time, the site had 3 million monthly ads, with 90 million monthly searches.