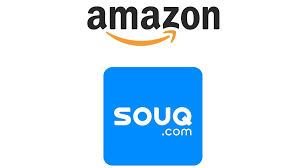 The MENA region is a fertile soil for tech companies, and its e-commerce scene is rapidly escalating. Read the article to find out more about the activities of some of the e-commerce players in this region.

Consumer spending in the Middle East and especially the country’s in the Persian Gulf region are among the highest in the world. These countries are known as the shopper’s mecca, not only for the local people but also for the tourists coming from around the world to buy products that they may not even find in luxury stores in Europe. The region is known to have a heavy demand for electronic appliances and cosmetic/grooming products. You can witness this demand only by visiting some of the shopping malls in this region. But in the recent years, Middle Eastern people seem to have shown more interest toward online shopping platforms instead of Brick and Mortars and malls.

Latest statistics show that the Middle East has over 140 million internet users with a penetration rate of 56%. Some of the Arab states in the Persian Gulf region such as UAE, Bahrain and Qatar have a penetration rate of 90%. The combination of a high quality life style along with a robust internet infrastructure have all led to the emergence of a number of e-commerce platforms in order to quench the Middle East’s thirst for shopping.

The e-commerce scene in the Middle East is also witnessing heavy investments and is expected to grow exponentially. Here we go through the activities of some of the e-commerce players in this region to give you a glimpse of the state of online shopping in this region.

You’ve probably heard the news. A few weeks ago Amazon officially confirmed its acquisition of Souq, the largest e-commerce platform in the Middle East. The website offers 8.4 million products; ranging from electronics and books to groceries and beauty products. Reports indicate that 78% of all the online shopping in the MENA region takes place over this Dubai based internet company. Souq is currently the 6th most visited website in the Middle East according to Alexa’s ranking.

Souq was once valued around $1 billion dollars during its last funding in January. Later in March 2017, after many rumors, Amazon confirmed that it would be acquiring Souq for $580 million, a number much lower than its previous valuation. Reportedly most of Amazon’s revenues come from a handful of countries such as US, Canada, Mexico, Germany and Japan. One of Amazon’s strategies for involving itself in new markets is acquiring the players of that region, in this case, Souq an already established company which connects 75,000 businesses to consumers. By this acquisition Amazon already skipped the trial and error phase and jumped into Middle East’s fertile market.

Wadi is another Amazon-like player in the Middle East, targeting consumers in Saudi Arabia and the UAE. The company was launched in 2015 under Middle East Internet Group, a joint venture between Germany’s Rocket Internet and South Africa’s MTN. Wadi offers 150,000 products from over 2,000 international brands.

Noon is an Arab e-commerce platform which hasn’t been launched yet, but has already drawn the attention to itself! The company has received an initial $1 billion investment from Saudi Arabia’s Public Investment Fund and also private investors led by the Emirati billionaire Mohamed Alabbar, the man behind projects such as Burj Khalifa and Dubai Mall.

During the introduction ceremony of Noon.com, Alabbar had mentioned that e-commerce in the Middle East is worth $3 billion a year, accounting for just 2% of total retail sales; and is expected to reach to $70 billion by 2025, as CNN has reported.

Digikala is known as Iran’s leading e-commerce platform and one of the first success stories in the country. The platform was founded in 2006 and has since added new line of products to its platform over the years. The website got popular in Iran over its return policies, guaranteeing the product’s authenticity and its customer service. Currently Digikala’s products vary from electronics to books, clothing and now even cars! When fully operational, Digikala’s capacity of fulfillment centers are estimated to be around 80,000 orders per day.

Sarava Pars, the Iranian VC behind Digikala has a 60% share in this online shopping platform. According to a recent report by Pomegranate, Sarava’s 60% share in Digikala is approximately worth €454M. A number which makes us wonder when comparing it to Amazon’s acquisition of Souq, the largest e-commerce platform in the Middle East.

Although we’ve seen exponential growth in MENA’s e-commerce scene, we still believe that the region hasn’t uncovered its full potential yet. Amazon’s presence behind the name of Souq is definitely a game changer in MENA’s online shopping scene.