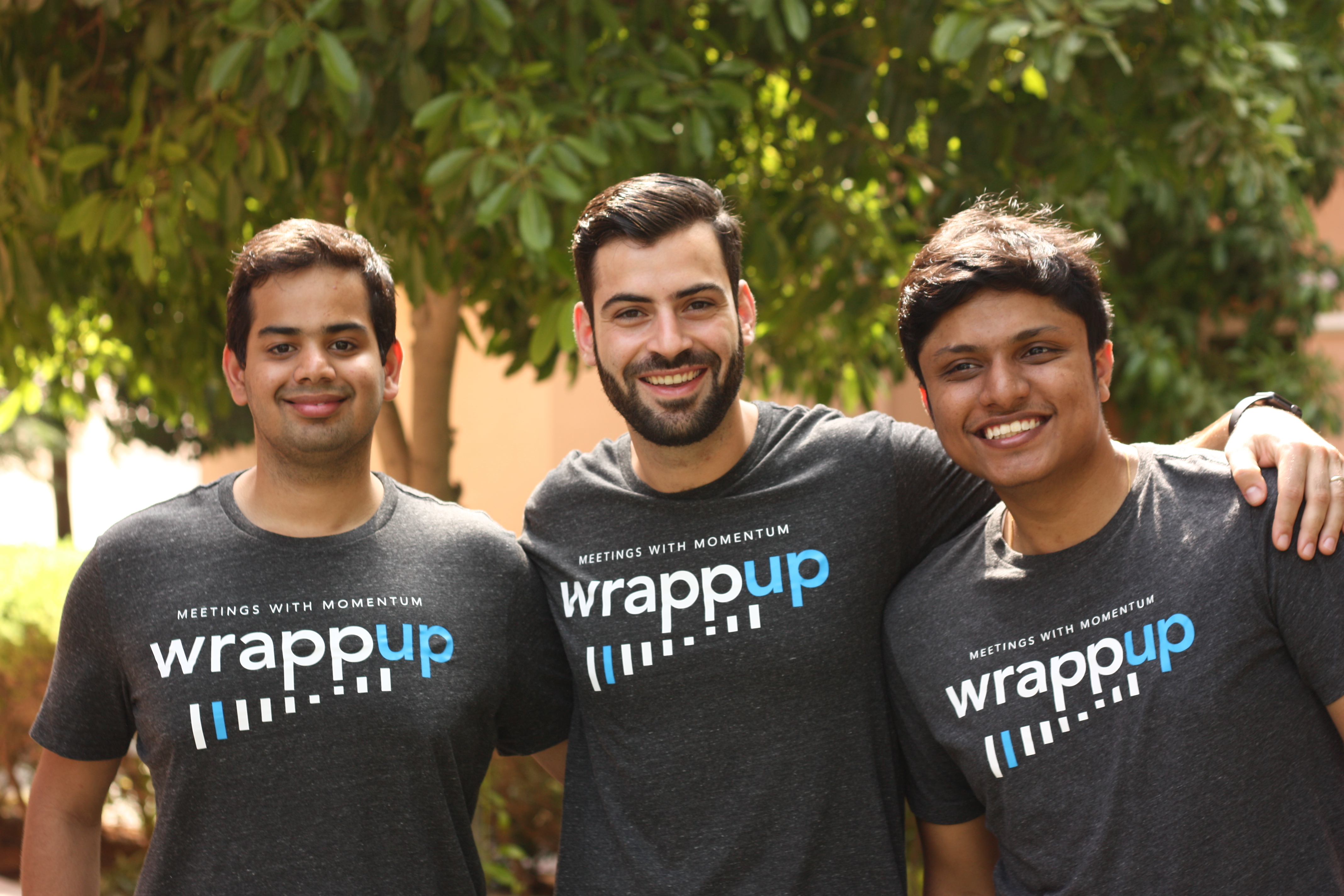 Menlo Park, California, USA, April 2018 - Artificial intelligence pioneer Voicera have announced today that they acquired Wrappup, the company behind one of the most popular apps for AI note taking, for an undisclosed sum. The acquisition marks the sixth startup exit in the Middle East and Northern Africa in 2018, according to MAGNiTT data.

The Dubai-based startup “builds meeting productivity by tagging smart voice notes to create minutes from hours”, which made it an attractive candidate for a strategic acquisition by Voicera. “Both companies approached the problems with meetings in synergistic ways. Wrappup’s mobile-first, in-person meeting product complements and extends Voicera’s initial focus on conference calls,” explained Voicera CEO Omar Tawakol. “We kept track of Wrappup from the first hackathon award they won and we are excited to have them join the team.”

Rami Salman, former CEO of Wrappup, explains that “Wrappup was founded on the idea of squeezing the most important moments out of meeting conversations, while also capturing all the nitty-gritty details for easy reference. Joining forces with Voicera unlocks that potential beyond anything we could have ever imagined.”

We, at MAGNiTT, are proud of Wrappup on this achievement, which represents a step in the right direction for all startups in the MENA region. We would also like to congratulate all the investors who participated in Wrappup’s $800K SEED funding round in September 2016, including 500 Startups, Arzan VC, BECO Capital, DTEC Ventures, Dubai Angel Investors, Odin Financial Advisors, and WOMENA.

Below, we give some MAGNiTT exclusive insights from Wrappup founders Rami Salman and Ayush Chordia on the acquisition of their startup by Voicera:

Being acquired early in your startup journey, how do you feel now that it's happened and what's the next step for you and the team?

It has been a wild ride for sure, from a simple idea at a Hackathon, to a working prototype in 24 hours, to the current state of the platform driven by predictive AI and voice commands. It’s been an incredible experience. We don’t view the acquisition as an arrival per se, but merely another milestone on our journey to revolutionize the way people meet in the workplace. In our Hackathon pitch, I remember saying "Speech is one for the most underutilized sources of information in the business world today", and this fact remains, but technological advances are now at the cusp of unlocking this true potential. With the resources and experienced team at Voicera, we feel that the main objective we set out to deliver on is still underway, but incredibly more powerful and achievable.

We are excited to continue working on the product with the Voicera team. In terms of roles, Rami will be the VP of Growth, a role that is part analytics, part product design, and part sales. Ayush will serving as Director of Engineering & Applied Research, with a focus on diving deep on AI & Machine learning to further improve and enhance our deep learning model capabilities. Lastly, Rishav will become the Engineering Manager, owning both the mobile platforms, where he codes natively in Android and manages iOS development.

We are elated to join the Voicera team and work towards our goal of meetings more effective and ensure we put the focus back on conversations and let AI do all the hard work. As we started to engage with Voicera, we realized we shared a similar vision for tackling meeting inefficiencies and when we got to know them better, we realized joining forces with Voicera unlocked a greater potential to help us achieve our vision from when we first started this journey.

Voicera is a leader in conversational AI space and we think with the combined resources, we should be better able to tackle this problem. We will continue to work on improving our tech and invest heavily in Deep Learning to build high-quality meeting summaries, irrespective of where the conversation happened.

We are seeing an accelerating trend of regional startups being acquired by international companies. Who made the first step, Voicera or you?

We (Wrappup) were first introduced through one of our investors, Sharif El Badawi, who is with 500 Startups MENA, has extensive experience in the valley, and is close friends with Omar. We first met Omar Tawakol in November 2016, as he was just starting up Voicera. He had sold his previous company, BlueKai, to Oracle for ~$400M. After running his division within Oracle for several years, he saw an opportunity to build a meeting assistant in Enterprise Voice. He brought back his Chief Product Officer from BlueKai/Oracle, David Wiener, and recruited Ahmad Abdulkader, an AI legend from Facebook/Microsoft, to be his CTO. During the last year and half, we have stayed in regular touch, discussing the possibilities and possible synergies of merging our efforts. The time to do this deal was right now, and it was painfully obvious.

The team at Voicera are executing a very interesting A.I. and tech strategy that we whole-heartedly believe will win over the meeting summarization space moving forward. Their business focus was in the online and teleconference meeting space, with a more B2B approach, one that builds large scale partnership with name-brand video conferencing providers. Voicera also invested heavily in increasing transcription accuracy with their A.I. engines, something very hard to replicate. Coincidentally, Wrappup’s team and apps fit quite nicely as a more consumer-centric approach to the same problem. Mobile, by default, had to be built for the masses, so we had to build everything to be "at the push of a button”. Soon, we added predictive highlights to help the user get summaries with no input from them whatsoever, just launch the app. Together, we can now give our combined user base more accurate and more impactful meeting summaries, whether they are have meetings online or offline.

In the process of fundraising for our post-seed round, we realized the potential impact we could have together, as well as the incredible cultural fit of the two teams, and the decision really became a simple one at that point.

International players often look to acquire regional players for their geographical footprint. Was this the case in your journey, or was it more the technical product that you created?

The strategy here is on both a product and technology front. Voicera is expanding into the mobile app space with in-person meetings and adding predictive highlights, while Wrappup is expanding into the web and online meeting space, adding a much more powerful A.I. and error-correction engines to power meeting summaries.

Our acquisition by Voicera was to combine our resources so we can tackle the meeting problem more effectively. There is amazing tech talent in the Middle East, and this acquisition is a testimony of West meets East to build a stronger product. We really think MENA will see a surge of international players in next few years looking to invest and acquire in companies that are looking to build global product.

Lastly, do you have any advice for startups in MENA that are trying to expand regionally or looking for acquirers?

I wouldn’t recommend anyone to set out starting a startup in order to be acquired - we certainly didn’t think of that to start; that’s not a formula for success in my opinion. Find a big hairy problem that means something to you and focus tirelessly on executing your vision to solve those users’ needs.