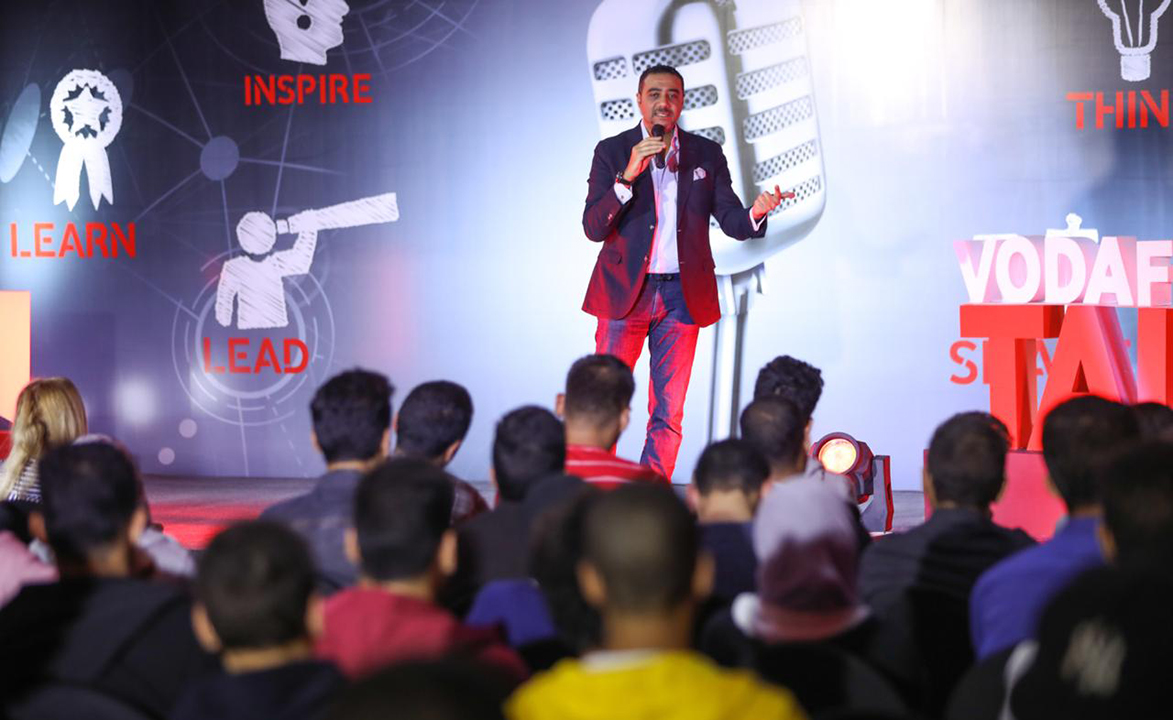 The discussion opened the door for youth to know about the challenges they face, their fears from the future and career building, therefore; Ayman had the opportunity to make them benefit from his own experience and his lessons learnt during the journey to success

Following his graduation from Menufia University’s Faculty of Law, Essam worked in several leading legal consultancies and law firms, where he played a fundamental role in numerous massive acquisitions in Egypt. Ayman joined Vodafone Egypt in 2001 where he was a key player in the Legal Department, with significant role in Vodafone Egypt’s several major acquisitions that took place during his tenure

Following Essam's speech, Ashraf Helal took Vodafone Talks’ stage to start his discussion with youth about the Success Habits and guiding them on how to be more positive and happy on the road to success.

Ashraf is a senior executive and leader with a background of over 24 years in management and senior leadership in a multinational environment and is, also, a passionate life and Leadership coach Associate Certified Coach.

Vodafone Talks is an initiative by Vodafone Egypt Sustainable Business and Vodafone IN, through which many successful calibers and impactful figures in the community can share the factors for their success and how they built their careers so that the coming generations, especially those struggling to find their direction in the ever-dynamic business world, can make a great use of their skills and talents

With this project, Vodafone is aiming to compliment the governmental efforts in this spectrum, to support the society through youth empowerment