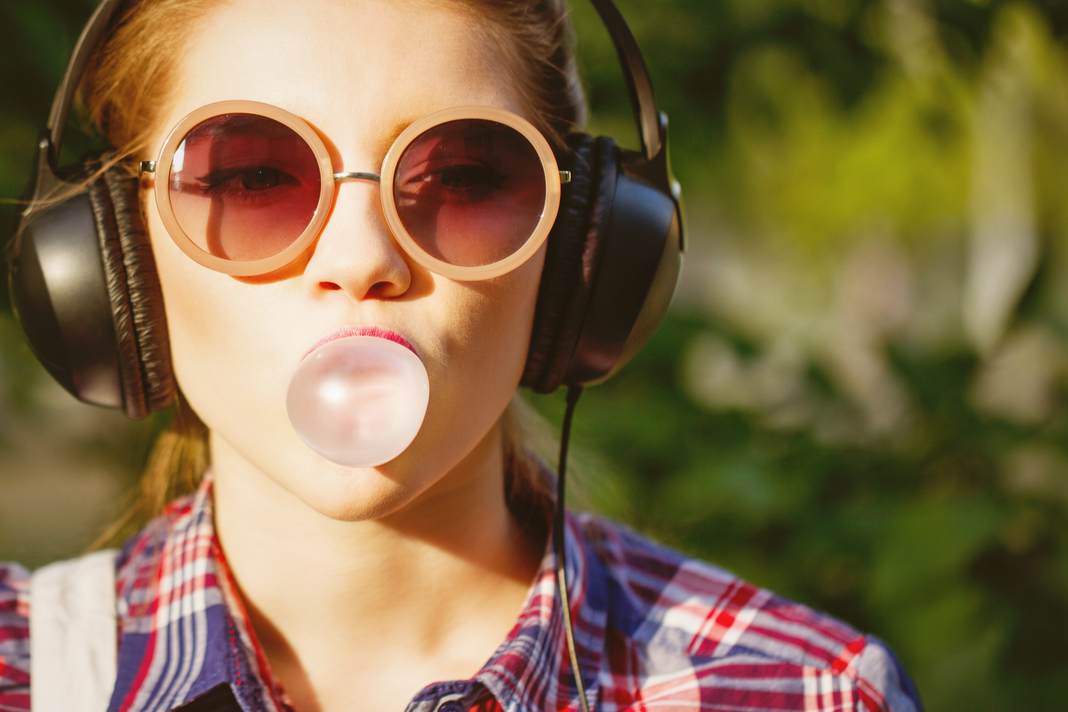 The music industry is set for a future where audio streaming will strive to be king. And Anghami wants to be at the front of that charge.

Gone are the days of the absolute ecstasy when you’d chance upon the song you love on the radio, and scrambling to find a mixtape with an empty side to record it.

(I remember hoping that radio DJ stopped talking before the song started so that you could get the whole thing from the beginning.)

Those of us over 30, at least, will have clear memories of this.

Then, in just a decade or so we saw the rise and fall of the compact disc (CD). And no sooner had we blinked on that, we witnessed the arrival of the MP3 and the online music store—only to promptly get defeated by piracy (tip of the hat to Napster).

Enter streaming, and it has become king.

And in particular, free (for the user) streaming. Cause if the era of illegal downloads taught us anything, it’s that humans prefer not to pay.

But this free streaming for your ears is still music to the industry underpinning it all.

In 2016, global streaming music revenue stood at $7.6 billion in retail terms and free streaming services accounted for 1.3 billion users worldwide, according to the State of the Streaming Nation report by MIDiA Research.

“2015 was the year in which streaming music came of age, with robust growth from market leader Spotify and the rapid ascent into second place of new entrant Apple Music,” the report says.

Whereas, “2016 was the year that streaming turned the recorded music business into a good news story, with revenue growth so strong that it drove nearly a billion dollars of total growth.”

2017 is set to be another year of growth and the coming decade will see the music industry become a streaming industry in all but name.

In fact, you can make a safe bet that ten years from now the music industry is going to be almost unrecognizable as rapid changes occur in digital distribution, cloud-based personalization, artificial intelligence, machine learning and VR.

Someone who’s enjoying his place at the cab of the region’s audio streaming train, is Elie Habib, co-founder of Anghami, the Arab world’s answer to global giant Spotify.

Founded in 2012, the company is now barreling full steam ahead down the digital audio tracks, with 53 million users and counting.

For its extensive library of Arabic music, the platform has partnered with the majority of leading Arabic labels like Rotana, Platinum Records, Mazzika, and Watary.

But Anghami has also proven itself fit for the global stage by licensing content from international labels Sony, Universal, Warner, and more.

“It might be a cliche of me to say this, but streaming is the future of music,” Habib says.

“It’s a fact that downloads are dying, CDs are dead, vinyl has made a little bit of a comeback because it is a sort of novelty.”

It’s true that piracy has largely dominated the region, but Habib and his co-founder Eddy Maroun are on a crusade to confront it by offering a legal music alternative.

“We are pirating the pirates,” Habib says.

“With a platform like ours, you get the music for free, and you get a nice interface, and a much more exciting user experience. Before Anghami, there was no legal, digital way of getting money to the record labels. There was just piracy. We were the first digital service that provided revenue for labels and artists in the region.”

Anghami, like other consumer tech providers in other areas, works on the freemium model. Users are welcome to use the service for free but are also able to pay to remove ads and other benefits.

“IF YOU PAY THE PRICE OF A BURGER, AND NOT EVEN A FANCY BURGER, YOU CAN FREE YOURSELF OF THE ADS FOR A WHOLE MONTH,”ENTHUSES HABIB.

According to Youmna Borghol, head of data at Choueri Group, Anghami is built on MENA’s love of free music streaming. Out of its 53 million users, a whopping 80% of them use the service for free.

Anghami also endeavors to support local artists and grow the indie music scene, by providing an artist’s dashboard, where verified indie artists can upload their content directly to the platform.

“I mean you can produce songs in your living room these days, with fairly minimal recording equipment,” Habib says. “Avicii is known to have produced his first hits in his living room!”

Keeping the platform accessible and free to all is one of Anghami’s greatest concerns. Just this month the company launched their ‘Dynamic Creative Audio Ads,’ along with some other similar tools.

“We originally didn’t think that we were going to need ads,” Habib says, grinning, “But what made us realize that advertising was important, was that advertisers were seeking us out, not vice versa.”

It seems that due to the lack of a regional radio station, advertisers were delighted to have an option with a region-wide reach.

Digital audio generated $1.1 billion in advertising revenue in the US last year, with mobile accounting for an overwhelming 81% of digital audio ad dollars.

This is according to a report by Interactive Advertising Bureau (IAB) and PwC on 2016 digital media ad revenue.

“What we’re seeing now is that digital audio is skyrocketing,” says Anna Bager, senior VP and GM of mobile and video at IAB.

Talking to Inc. Arabia at the region’s first Digital Audio Day, held in Dubai, Bager highlighted the top trends in digital audio rocking the world at the moment.

According to Bager, data from audio platforms is more valuable when compared to traditional media platforms, specifically because it’s more ‘mobile’ than the others.

“The key quality of the audio is its accessibility. People are usually listening to audio while doing other things—working out driving, playing computer games, etc. And this is a marketer’s dream.”

“You get access to this information about moments in a user’s life, like what sort of music are they listening to, when they’re in the car, or in the shower or when they’re commuting. And that data can then, in turn, be used to target the user,” Bager says.

“In a responsible way of course,” she adds, with a laugh.

And this is exactly what Anghami plans on doing, Habib tells us.

Their newly launched technology will allow the team to tap into what they call a user’s Music DNA. This includes extracting data about usage patterns, sharing habits, consumption patterns, moods, and activity.

“It’s about targeting, and this has become imperative in advertising. Anghami’s Music DNA analysis allows us to understand when people are exercising, what they’re listening to while exercising, what mood they’re in, and how they spend their time,” Elie Habib says.

“It’s not about simply placing an audio ad, it’s not just putting a banner.”