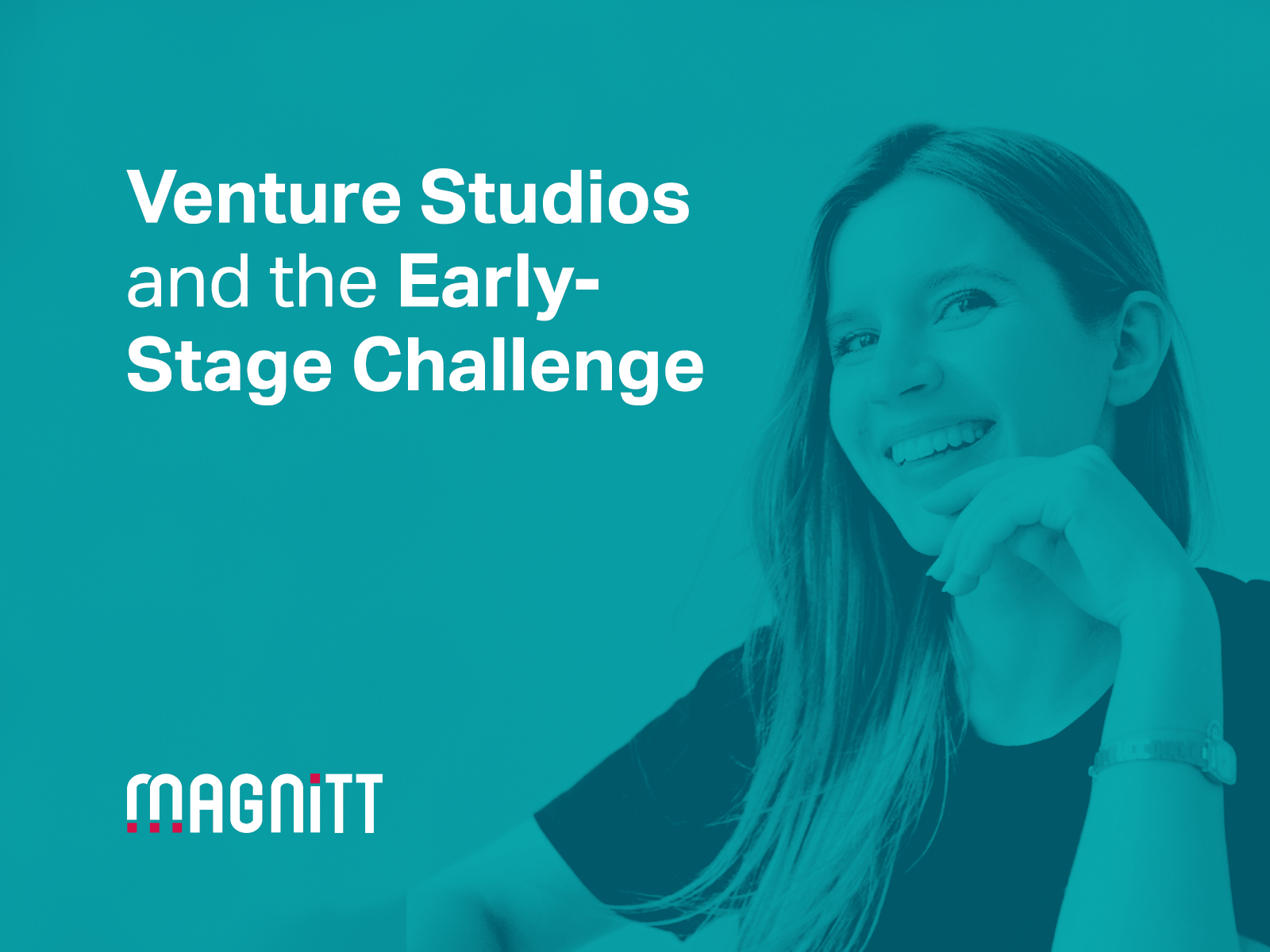 Venture Studios and the Early-Stage Challenge

If we zoom out across MENA, however, the decrease in accelerated deals had a traceable impact on the ecosystem’s deal flow, foreshadowing a challenge that the VC space has to figure out.

Venture Advisor at Nomu Ventures, one of the first Venture Studios coming out of the KSA, Alexandra Di Nella takes the premise further crossing the realm of asking “what is the impact of accelerator activity on Early-Stage deal slump” and into “what could the future of Early-Stage deal creation look like”. Earlier this week, we reported a stellar $2.5M rounds raised by regional online gift marketplace JOI Gifts, which was launched by the UAE-based Venture Studio Enhance Ventures.

So what are Venture Studios and how can they benefit the ecosystem across MENA, Turkey, and Pakistan? Alexandra Di Nella shares a comprehensive outlook:

The venture studio model is a concept that has emerged over recent years, yet its origins could be traced all the way back to 1996, with Bill Gross’ ‘Idealab’ concept being one of the first of its kind, acting as an incubator. In short -  A venture studio is an independent self-funded company that builds startups in rapid succession.

“Studios can be a good source of deal creation as they focus not just on PMF but also on a founder market fit. What studios do well is that they recruit good talent from specific industries and train them in a startup management way making them a very plausible deal creator who is offering expert level operational human capital not accessible to others. We have great talent here in Saudi, many came back after being sponsored for studies abroad, many working for corporations. The upcoming local entrepreneurs need training and mentorship in product management, validation, talent acquisition, pitching, and growing the venture, which is exactly what studios provide.”
Salman Attieh - Growth Partner at Nomu VC venture studio

Technology entrepreneur Nova Spivack forged the idea of the venture builder model in 2011, referring to it as the “new approach to building startups”. Here is the main difference - A venture builder is a company founded by a corporation that builds startups in rapid succession.

“For corporates, the benefits of working with a studio come down to 2 aspects: validation expertise and speed. We are used to the ideation - validation process, enabling us to validate ideas at optimal speed and on budget.”- Ralph Choueiri, Managing partner at Nomu VC venture studio

According to CreatorsPad, 99% of startups globally fail – but significant research has pointed towards the venture studio/builder model being the answer to reducing these odds. Studio and VB models are “relatively” new on the EMEA market and are so wonderfully fluid that many teams adopt the blended approach and work both as a studio and venture builder, diversifying the risk in the portfolio, creating synergies between the portfolio companies, and speeding up the time to market for certain startups. Here, understanding the %age split that works for your LPs and your sector is critical.

The age of the VCs that offer just the financial capital is close to being over, the current ease of access to the financial capital, scarce in the past, is no longer a solid differentiator for investment vehicles. What differentiates one investor from another is the value added to the venture coming in the form of industry knowledge, expert network, talent, and connectivity.  The earlier you are in the stage - the more hands-on operational support matters. Capital with capability.

The venture studio model offers the young entrepreneurs the operational know-how and goes beyond financial capital, by being fully immersed in all aspects of the business on a daily basis and investing a great deal of effort into growing the company, moving it to seed investment at speed. The venture studio can be involved in identifying ideas, assisting in providing the expert human resources needed to start and progress the operation, sharing services as well as managing other aspects such as marketing, recruitment, branding, strategy, and product development – all of which are essential for successful launch and expansion of a venture.

The essential feature of this hands-on model is the existence of an extensive sharing network, which can bring together immense resources in an extremely efficient way, saving vital time so that products can be swiftly developed and launched, outmanoeuvring their competitors. Essentially, venture studios/builders act as co-founders and have executional input over their investments.

“ When we needed a UX designer, developer, financial advisor, TA specialist, the studio was able to provide us with a hands-on expert. The support the studio gives to a startup is unlike anything you would experience- it makes you go twice as fast and be twice as effective.”
Ralph Choueiri, Venture Lead at Nomu VC venture studio

In conclusion, Venture Studios could overpower the accelerators on speed and smart capital and become a new go-to place for entrepreneurs to kickstart their ideas. Building strong Seed and Series A ready ventures and partnering with investors who can help those get to the next level will become a bullet train for the development and scale of the ventures in the region. Studio/builder model harnesses the power of the regional knowledge and supplements it with the best practices and operational capabilities to iterate and launch at speed with maximum level of success.

Venture Studios and the Early-Stage Challenge