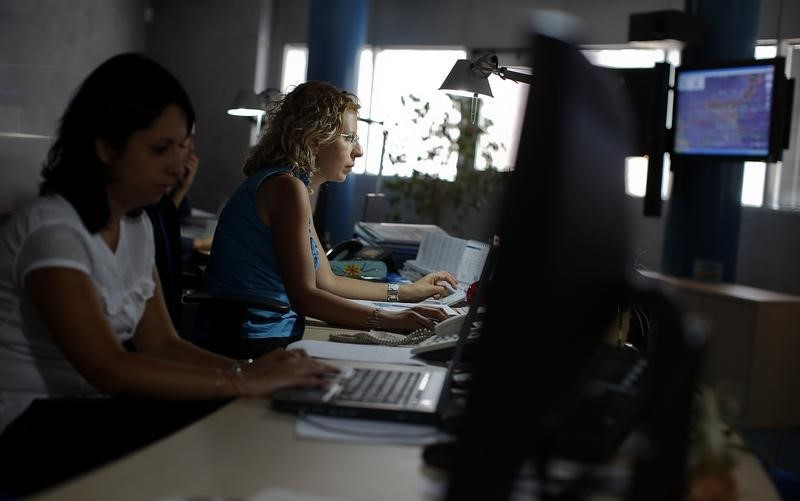 NEW YORK (Reuters) - CommonGrounds, a California start-up trying to carve out a niche in the crowded flexible workspace sector with movable office walls, has raised $100 million from three investors, including the Emirati developer of Dubai’s Burj Khalifa, the world’s tallest skyscraper.

CommonGrounds plans to build 2 million square feet of flexible office space in two years with the Series A funding, one of the largest capital-raising rounds for a commercial real estate venture at such a stage, the San Diego-based firm said.

A build-out of about 50 sites would vault CommonGrounds, which has three locations in California and one in Denver, into a select grouping of U.S. coworking firms. The company declined to say what its valuation was after the fundraising.

Still, it would lag WeWork with its more than $10 billion in backing from Japan’s SoftBank Group Corp (9984.T).

WeWork raised just $17 million in its Series A funding in early 2012 and did not top $100 million in a single round until late 2013, according to website Crunchbase.

Workspaces with movable office walls have been the Holy Grail in office construction. They boost the flexibility that shared work space operators tout, allowing shorter-term leases, immediate occupancy and minimal planning by management.

However, these systems have not been cost effective and have been plagued by poor quality, lousy acoustics and difficulty in wiring the walls with electricity, said Dan Doyon of Workplace Hospitality Management, a San Francisco coworking consultancy.

“If you can get the price right and solve all the fundamental issues, it obviously makes a ton of sense,” he said.

CommonGrounds recently reconfigured about 11,000 square foot of workspace used by 130 people in 14 days for $40,000 using a system designed and manufactured by Tecno Spa of Milan, Italy, said Chief Executive Jacob Bates of CommonGrounds.

“Without this building technology it would have taken a minimum 90 days and hundreds of thousands of dollars,” he told Reuters, highlighting the “hackable” environment of its workspace, a phrase it plans to trademark.

CommonGrounds has entered an exclusive contract for the flexible space industry with Tecno Spa, he said.

Investors in the fundraising were Mohamed Alabbar, chairman of Emaar Properties EMAR.DU in the United Arab Emirates; Bob Davidson, an early developer of educational software and Pacifica Enterprises Inc, which also provided the seed money.

Landlords have sought to partner with coworking firms as it can be 50 percent more profitable than leasing directly to a company, Green Street Advisors said.