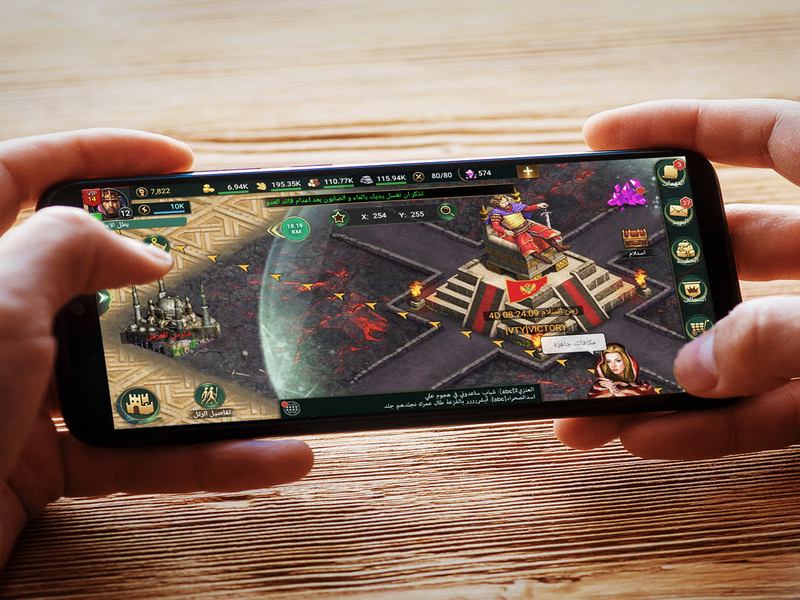 Play 3arabi, a leading games publisher focused on localizing games to Arabic and publishing them in MENA, partnered with Wafa Games (a growing game developer from China and winner of MIT’s 1 of 35 technical innovators) and Triple Dragon (a gaming investor and financier from the UK) to bring their most ambitious title yet: Swords of Glory.

While the entire world is facing new challenges and changes, gaming is thriving and growing as a form of safe entertainment practiced from the security of people’s homes. The MENA region is no different, with many games reporting a significant increase in their gaming revenues in the past few weeks.

Swords of Glory is a historical game based on the events of the crusader wars - a period of war, peace, alliances, and stories that changed the course of history. Players are able to build their Arabic kingdom, form alliances, recruit historical figures like Saladin Ayubi, Nureddin Zengi, Shajarat Al-Durr, and many others, play historical battles with great accuracy, learn about their history, and battle thousands of players to dominate the throne and be crowned as the leaders of the game world.

As the industry in the region grows, demand for bigger, stronger, and bolder games increases as well. Although content in Arabic is scarce (estimated at less than 3% of all online content to be in Arabic), Arab players are becoming more selective in their choice of the games. They prefer well-localized content, bigger game communities, and high attention from game community managers and live operations.

Today, the MENA region is home to the highest average revenue per user (ARPU) in games, and the gaming industry in the region is growing rapidly. Triple Dragon saw a huge opportunity in investing in games in the region, and has picked Play 3arabi and Wafa Games’ Swords of Glory as their first deal in the market, with the intention to keep investing in this growing region.

MENA is considered the fastest growing gaming market in the world, estimated at 25% year over year. Experts predict that the MENA gaming market is set to triple in size to $4.4 billion by 2022. “We are funding high-quality Arabic language games and digital content that are culturally relevant, as we expect these to outperform other games and apps in the already fast growing MENA market.” says Charles Brooke, co-founder of Triple Dragon.

Speaking about the potential, Play 3arabi’s Co-Founder and CEO, Joseph Shomali said, “our business is to identify potential games that Arab players would relate to and Swords of Glory is a perfect fit. As we partner with Triple Dragon, we believe the game is destined to be one of the top games in the region.”

For a foreign game developer, entering the MENA market is no easy task, however, as there are many barriers to entry such as cultural specificities, unique and different monetization requirements, the language, and heavier-than-usual need for deep community management. “Publishers like Play 3arabi are well-positioned to help game developers from all over the world expand their games and global reach into this region,” said Habib Hazzan, Chairman of the Board of Play 3arabi and Managing General Partner of Ibtikar Fund.

On the uniqueness of Arab players Kathy Gong, Founder and CEO of Wafa Games said, “the Arabic world is a glorious land with rich game culture, and it has absolutely some of the most authentic and passionate players with whom we have had the privilege to establish friendships. It is a promising land when one honors their culture, respects players full-heartedly and has the right partners to work with, like we do.”

Swords of Glory is available directly from the website, both Apple App Store and Google Play Store and will be available on Huawei App Gallery soon.

Earlier this week, we launched our Q1 2020 MENA Venture Investment Report, providing an in-depth review of venture investment over the last three months. In it, the data highlights the early effects of COVID-19 on MENA’s startups.