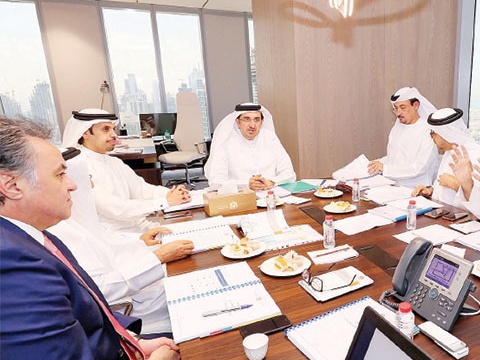 Uber’s acquisition of Careem is at the best interests of the region’s public transport industry, says the UAE Minister of Economy

The UAE Minister of Economy, Eng. Sultan Bin Saeed Al Mansoori, has issued a ministerial decision to approve the status of Economic Concentration in the UAE market for Uber’s acquisition of Careem. Companies operating in the UAE need to submit applications to the Ministry of Economy before completion of any acquisition or merger, regarding the status of Economic Concentration under the Competition Law No. 4 of 2012 and the Executive Regulation No. 37 of 2014.

These laws ensure that market monopolies are not created in UAE at rates that exceed a certain tipping point. Uber applied for Economic Concentration in accordance with these laws. Before giving the approval, MOE studied the market for both companies while also considering private taxi services. The approval came as the Competition Regulation Committee did not think that the acquisition would constitute a breach of competition.

Al Mansoori believes that the public transport sectors are going through fierce competition on a global scale due to modern technological advancement, and emergence of multiple alternative means of transport would make the service more accessible to the public. He added that integration of expertise, technology and competencies will serve at the best interest of the consumers and pointed out that the government efforts to work in partnership with the private sector for developing the investment climate to fulfill the requirement of growth. He addressed the recent FDI report issued by the United Nations Conference on Trade and Development (UNCTAD) to focus on the country’s impressive record for the past few years.

Uber’s acquisition of Careem is at the best interests of the region’s public transport industry, says the UAE Minister of Economy