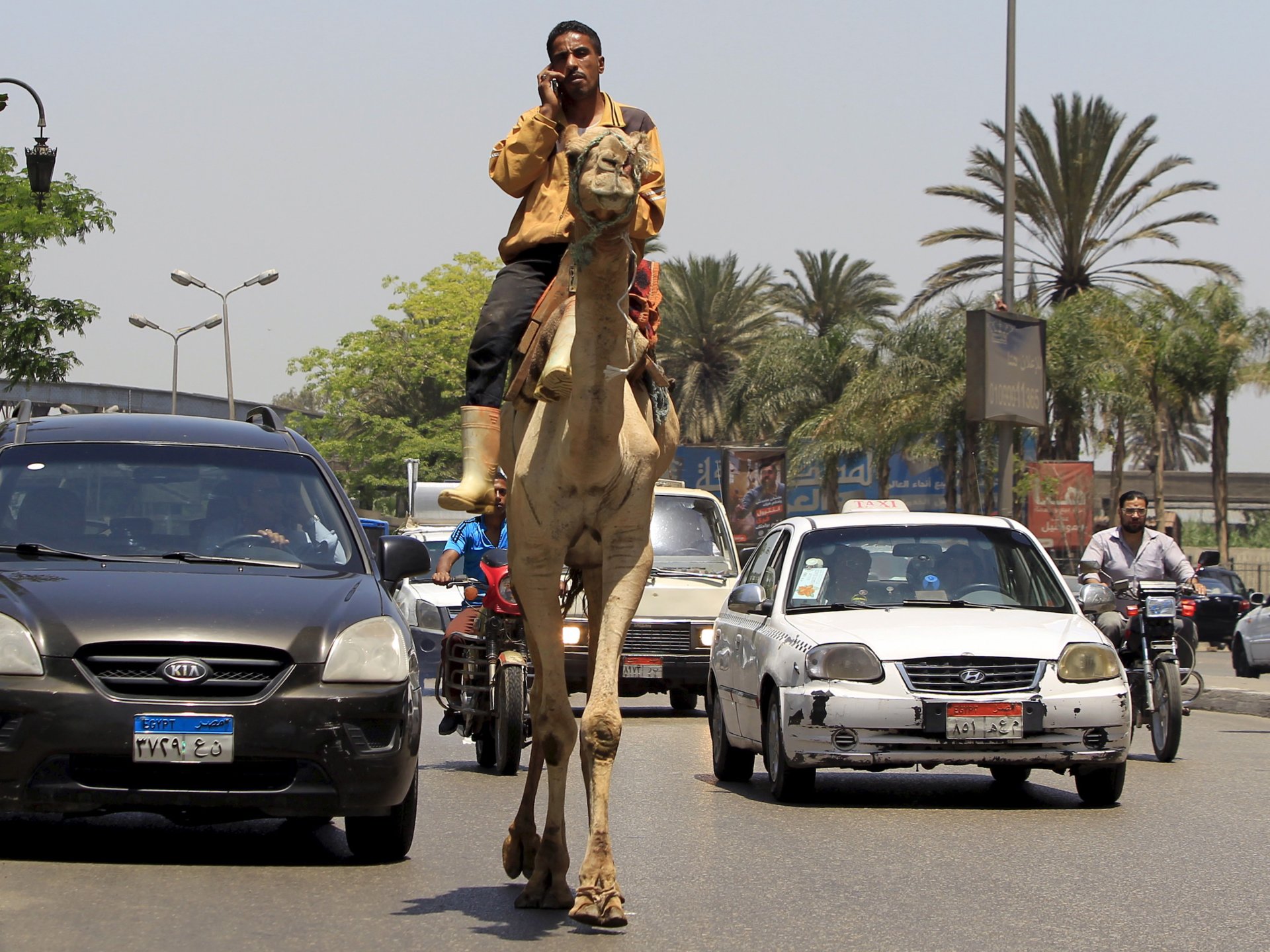 Uber is locked in a battle to fix Egypt's $8 billion traffic problem, and its success could decide which tech giant will dominate the Middle East and Africa

SOURCE: Business Insider - Uber is locked in a battle to fix Egypt's $8 billion traffic problem, and its success could decide which tech giant will dominate the Middle East and Africa

- Thanks to a massive population of 23 million, snarled traffic, and poor public transportation, Cairo has become a test bed for transportation startups.

- Uber and U.A.E.-based Careem each launched bus services aimed at serving Cairo's low-income population in December. But they are competing with local bus startups Swvl and Buseet, as well as other transportation startups serving other niches.

- An Uber exec told Business Insider the Middle East's expanding young population makes it an ideal place to invest after Uber pulled back in several markets in 2017 and 2018.

- The founders of Swvl and Egyptian autorickshaw-hailing app Halan said they think the transportation needs in emerging markets are so great that no single provider will be able to dominate the market.

- But Uber is testing out multiple transportation modes in Egypt and elsewhere in the Middle East and Africa in its quest to get to one billion riders before its I.P.O. later this year.

Spend any length of time in Cairo, Egypt and what sticks out immediately is the traffic. Every highway, road, and alleyway is clogged with cars and motorbikes spewing fumes into the air. Crossing a road is akin to beating the final level of Frogger: six crammed lanes with zero traffic lights or crosswalks and constant honking.

There are many options for navigating the city of 23 million people — considered the most populated in Africa - but few are attractive.

With a whopping 4 million daily riders on its three lines, the Cairo Metro is half the size of the Washington D.C. Metro and carries four times as many passengers per half-mile of track. The public bus system is similarly outmatched. Among the world's major cities, Cairo has one of the lowest numbers of buses per million residents.

The most used, and most important, part of Cairo's transit system is the microbuses, a network of semiformal private vans that are ubiquitous on the streets of Cairo (and most African cities). While dirt cheap and with lines all over the city, microbuses are known for driving at dangerous speeds, packing in as many passengers as they can, and ignoring traffic laws. Road injuries are a leading cause of death in the country. A study by the World Bank found that traffic costs the country $8 billion per year, or 4% of its GDP.

It would not be uncommon for an Egyptian to spend hours navigating several trains, multiple buses, and a taxi in a single commute each day.

Though the Egyptian government announced it would invest over $100 million to improve and expand the metro in the coming years, young Egyptians aren't waiting for the government to fix the problem.

Transportation is a 'mega opportunity' in Egypt and other emerging markets

As I walked around the Rise-Up Summit, a premier tech conferenceheld in Cairo in December, transportation seemed to be on everyone's mind. Among the booths of hopeful entrepreneurs and established regional tech stars was an assortment of Egyptian transportation startups, each serving a different niche.

Swvl and Buseet each offer private buses traveling along fixed routes reserved and paid for using their apps. Fyonka is a ride-hailing service hoping to win on safety and harassment issues byconnecting only female drivers with female passengers. Meanwhile, Halan is a low-cost, ride-hailing service that only features motorcycles and tuk-tuks, or that autorickshaws that are popular throughout Africa, the Middle East, and Asia.

When I asked Fadi Antaki, a veteran Egyptian entrepreneur and the CEO of A15, a leading Egyptian tech investment fund, why the scene is saturated with transportation startups, he looked bewildered and motioned to the traffic honking outside the Greek Campus where RiseUp was being held.

"A lot of people have long commutes and the existing public transportation isn't working," he said. "The public buses are always jammed and packed. Cars are twice the price here that they are in the US and parking is a nightmare. And the minibuses are packed, dirty, and unsafe."

As RiseUp's founder Abdelhameed Sharara told me the following day, there's an added kicker. Egyptian entrepreneurs understand that the government is not capable of fixing the city's transportation problems.

"There is a mega opportunity there and technology can really enable [the solutions]," he said.

Egyptians aren't the only ones to have noticed the opportunity. Tech giants Uber and U.A.E.-based Careem, which operates in 84 cities across twelve Middle Eastern countries, are locked in their own battle for dominance over Egypt's massive transportation needs.

In December, Uber and Careem launched competing bus services in the city, firsts for both companies. Like Buseet and Swvl, both are focused on using tech to remake the ubiquitous microbus sector. Uber Manager of Matching Science Eoin O'Mahony wrote on LinkedIn that it could "unlock a new global business for Uber, serving the $100B, 100 billion annual rides ultra-low-cost transit market for high capacity vehicles."

Like microbuses, Uber Bus and Careem Bus fit around a dozen passengers each with prices aimed at a working-class population that can't afford daily private rides.

The launch represented a retrenchment in the Middle East for Uber after years of backing out of international markets like China, Russia, and Southeast Asia, where Uber has partnered with or sold its business to local rivals like Didi, Yandex, and Grab respectively.

Earlier this month, Anthony le Roux, Uber's chief executive for the Middle East and Africa, told the Wall Street Journal that his region would "play a massive role" in helping Uber reach its goal of a billion users before its initial public offering later this year.

That sentiment was echoed by Tino Waked, Uber's general manager for the Middle East and North Africa. In an interview with Business Insider, Waked pointed to the Middle East's rapidly expanding young population, limited transportation infrastructure, and large demand for low-cost transportation solutions as reasons the company sees the region as an ideal place to invest and test new services.

In the battle for dominance over Egypt and the Middle East, Uber and Careem have made localizations to cater their product to the market. Both companies allow cash payment and offer low-cost rides on scooters, tuk-tuks, and motorcycles. In order to deepen its smartphone penetration in Egypt, Uber will soon launch a version of its app requiring less data, after launching a similar app in other Middle Eastern countries last year.

Uber has reportedly engaged in talks to purchase Careem, according to the Wall Street Journal, which reported that some bankers see the sale as inevitable given how much more cash Uber has to burn in its duel with Careem.

Uber is locked in a battle to fix Egypt's $8 billion traffic problem, and its success could decide which tech giant will dominate the Middle East and Africa