Uber and Careem's rivalry intensifies over battle of buses in Egypt 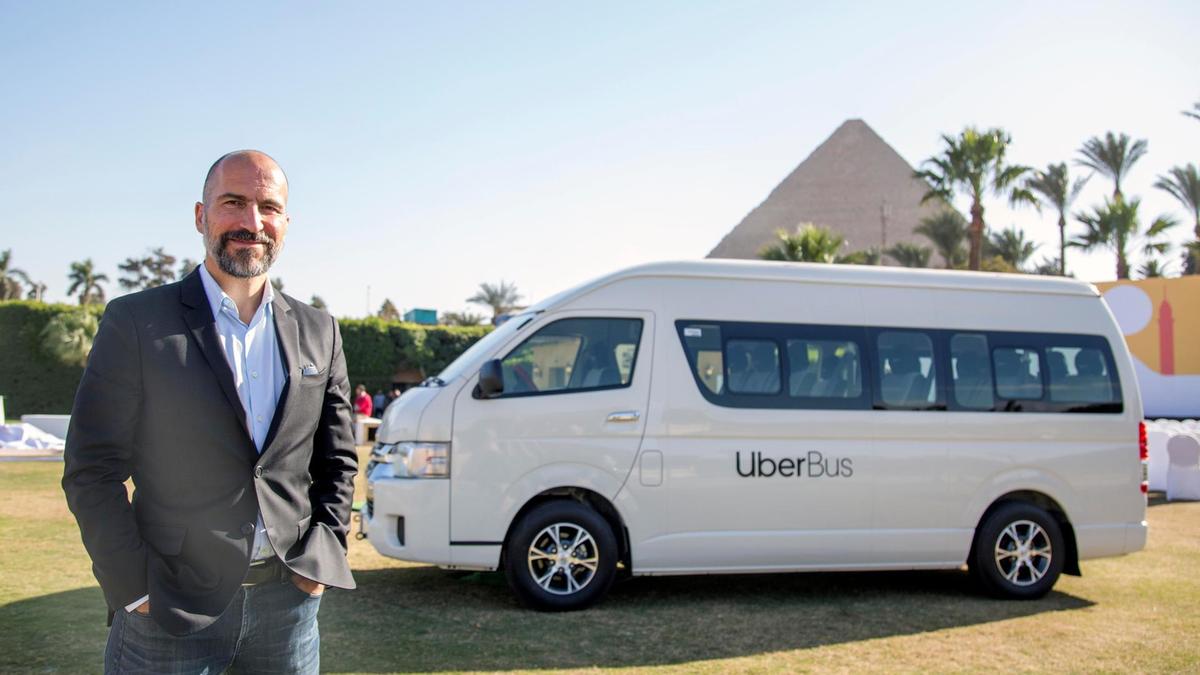 SOURCE: The National - Uber and Careem's rivalry intensifies over battle of buses in Egypt

Uber will start minibus service in Egypt, the most populous Arab nation and the company's fastest-growing regional market, a day after its Middle East rival Careem announced plans for a bus-booking app in Cairo.

Uber Bus services will first roll out in Cairo, a city of more than 22 million people, as the San Francisco-based ride-hailing giant seeks to expand its presence in the country with "low-cost" transport services, Uber said in a statement on Tuesday.

"Egypt and the Middle East region are hugely important to Uber and we will continue to heavily invest in this part of the world," Uber chief executive Dara Khosrowshahi said in a statement on Tuesday, following a press conference in Cairo with Egyptian investment minister Sahar Nasr.

Microbuses are a popular mode of transport in Cairo, offering an affordable option for millions of commuters on a daily basis, in the nation of more than 100 million where public transport barely keeps up with demand. Uber and Careem have faced a law suit filed by Egypt's taxi drivers who accused them of violating the country's traffic laws by using private vehicles for commercial purposes. Egypt's parliament in May approved a law regulating the licensing and operations of ride-hailing companies in the country.

Uber and Careem's announcements of their bus services in Egypt highlights the ride-hailing companies intensifying rivalry in the Middle East where they compete across many major cities.

Uber, which has been exploring the prospects of a tie-up with Dubai-based Careem, is leaning towards an acquisition rather than a merger of the company to widen its presence in the Middle East, sources told The National in September.

The US company last month reported a third-quarter loss of $1.07 billion and a slowdown in revenues ahead of a planned initial public offering next year.

Uber Bus, a service built specifically for Egypt, will leverage Cairo's popular minibus network. Passengers can request a bus ride on the Uber app, which will find other passengers travelling in the same direction so that everyone can get to their destination with fewer stops and at more "affordable" rates, the company said. It has been testing Uber Bus since September.

Careem on Monday said its bus-booking app will "soon" also be available in Saudi Arabia and Pakistan.

Uber also said it will offer Uber Lite, a new version of its ride-hailing app built to work in low connectivity, and with older Android devices, across the Middle East early next year.

It is aimed at making booking rides quicker and lighter in spotty connectivity, on basic Android phones, and for people with limited data plans, the company said. The product has already started testing in parts of the region with plans to roll out early next year.