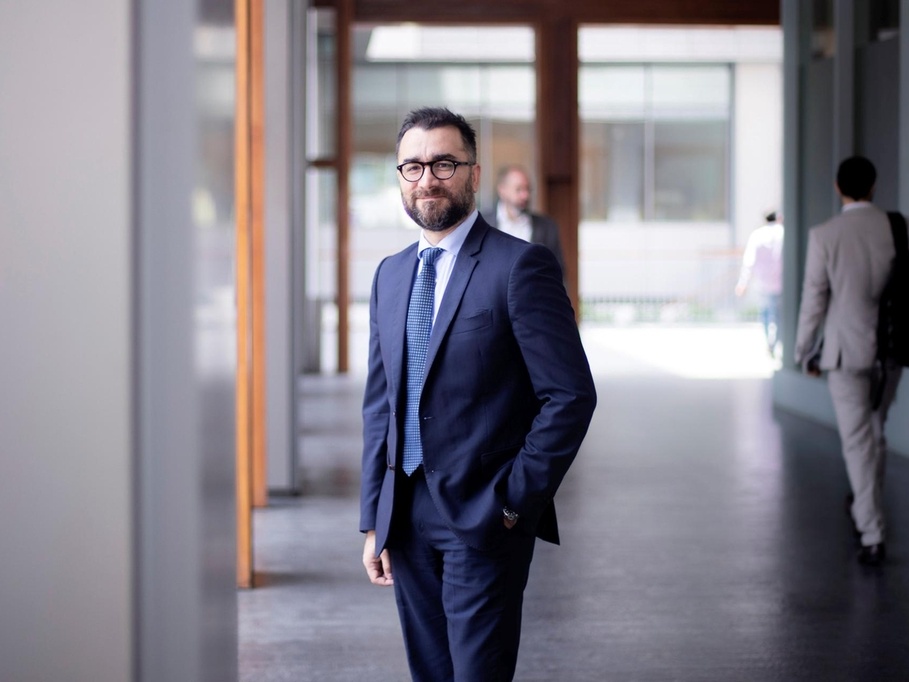 When Uber agreed to buy ride-hailing platform Careem in March, it made history by creating the region’s first unicorn exit that will make hundreds of employees millionaires once the sale is complete.

The $3.1 billion (Dh11.39bn) deal, which is expected to close early next year, is frequently cited as one of the region’s success stories along with Souq, which was bought by Amazon for $580 million in 2017.

As a result, start-ups in the Emirates are increasingly able to convince new hires that the potential rewards are worth the risks, and they are attracting talent with stock options and other incentives — even if it means taking a pay cut.

“Yes, there will be some [pay] cuts that people may have to see, but it rewards you in a different way,” says Varun Khosla, head of executive compensation at Mercer Middle East. “Often times these companies will give you some sort of long-term retention plans. This is where it makes a difference between what you take monthly as a take-home salary and what you get long term once you become an equity partner in the company.”

The number of investment deals for start-ups in the Middle East and North Africa climbed to a record 238 transactions in the first half of this year, attracting $471m in funding, according to start-up data platform Magnitt. The volume of deals grew 28 per cent year-on-year, while the amount raised surged 66 per cent. The Uber-Careem deal was accompanied by 14 other exits, with the UAE remaining the most active start-up ecosystem, accounting for 26 per cent of all deals and two-thirds of total funding in the region. This makes joining a start-up an increasingly attractive option both for junior and senior employees.

Mr Khosla says Mercer’s start-up clients ask for advice on how to structure compensation, particularly for the top roles in the “C-suite”.

Part of the start-up hiring process is not only negotiating salaries, but benefits such as shares in the company or multiyear stock option plans (contracts that give the right to buy or sell the stock at a specific price by a specific date). This is when employers need to sell a long-term vision to employees that they will be rewarded for the company’s future success.

“If later on the company decides to go for an IPO, like Facebook and Instagram, the employees who bought the initial stocks in those companies, they became millionaires,” he says. “That’s the kind of vision you need to sell to these executives.”

Going through an IPO has its own challenges, though. Employers must decide early on through “change in control” provisions whether it will offer employees prorated vesting, based on a set schedule, or accelerated vesting, whereby employees can gain access to their shares or stock options more quickly. While a transaction has not yet been completed, there is often a lock-in period before employees can cash out.

For example, the pending Uber-Careem transaction will be paid in a $1.4bn cash portion and $1.7bn in notes convertible to Uber stock. Meanwhile, the much-anticipated Uber IPO yielded disappointing results, with the stock still hovering below the IPO price of $45 a share. In the company’s first quarterly financial report released in June, Uber posted a $1.01bn loss.

Nevertheless, there has been enough evidence to show there is significant money to be made through company equity, prompting more of the region’s start-ups to offer stock options, says Khaled Talhouni, managing partner at Wamda Capital in Dubai.

“There is a much larger number of start-ups available, the ecosystem has matured, there is validation that you can make money [and] there have been a number of exits that show how the option pool works and can crystallise into an actual cash return — so all of that together has helped drive it,” says Mr Talhouni.

Wamda Capital has invested in start-ups across the Middle East and Africa, including several prominent ventures in the UAE, such as Souq, Careem, e-commerce platform Mumzworld and financial comparison website yallacompare.

“Across our portfolio as a whole, they virtually all have stock-option plans,” Mr Talhouni says. “We certainly pushed them in that direction. We think it’s a great way to retain talent, to align the incentives of the talent you attract around the same objectives of the company, the founders and the investors, which is towards pushing value creation towards an exit.”

Stock option plans lock employees in for a longer period, typically three to four years, because of the way they are structured. They apply a “strike price", the fixed price at which the owner of the option can buy or sell shares, and a “cliff period", the time frame after which the shares can be vested.

“The salary really depends on the stage of the company,” says Mr Talhouni. “The earlier the stage the bigger the non-salary portion of the compensation, as a general rule.”

Tariq Sanad, chief financial officer of UAE pickup and delivery service Fetchr, says salaries also depend on the availability of talent. Start-ups are almost always strapped for cash, so they have to pick and choose carefully when it makes sense to offer salaries on the higher end of the spectrum.

“If you look at ranges, start-up salaries will more typically follow the lower part of the range, but for key areas of expertise the start-up requires, there will be more towards the mid-to higher range,” says Mr Sanad, who previously worked for Careem, founded his own digital marketing platform Lime & Tonic and held traditional finance roles with Procter & Gamble.

“When it comes to finding talent that are engineers, people who are really high-calibre tech, they can still demand quite a considerable amount of cash because there’s very, very few of them,” he says.

Mr Talhouni of Wamda says other roles that can be difficult to fill include chief technology officer, chief product officer and performance marketing-driven roles.

Recruiting for senior roles is more challenging, as the potential risk is higher, especially for those coming from a “Fortune 500, big-name company, or the more normalised corporate world", says Mr Sanad.

“The more junior requirements, it becomes easier to attract them to come through,” he says. Fresh graduates to the mid-30s range are the “kind of talent that’s more willing to take a risk, has less responsibilities, or has reached a turning point in their lives where they want to be able to prove something to themselves".

There are still incentives that can be used to attract senior executives. Those who come in at an earlier stage may benefit from a lower strike price with much more potential upside.

“As the company becomes more profitable, the equity starts to get more expensive to give away,” says Mr Sanad. “Senior executives who have been there the longest are heavily incentivised on the stock option plans.”

There is, of course, the possibility that it all goes wrong. Only one in 12 start-ups succeed, according to the Global Startup Ecosystem Report 2019 from Startup Genome, a research company in San Francisco. Even after an IPO, it may be that the strike price is higher than the actual stock price — a term known as “out of the money”.

“Joining a start-up company is not everyone’s piece of cake,” says Mr Khosla of Mercer. “You need to have a very different vision and you need to be bought by the vision of the company that is hiring you.”

Mr Sanad says the motivation to join a start-up should not be purely financial, as it takes passion and commitment to ride both the successes and failures.

“The people that become successful at start-ups don’t look at it from the compensation level. It’s really about a personal journey to prove to themselves that they have been able to build something and they want to drive impact,” he says. “Those are the people that in the end get better compensated, have the better drive and become much more successful in these companies.”