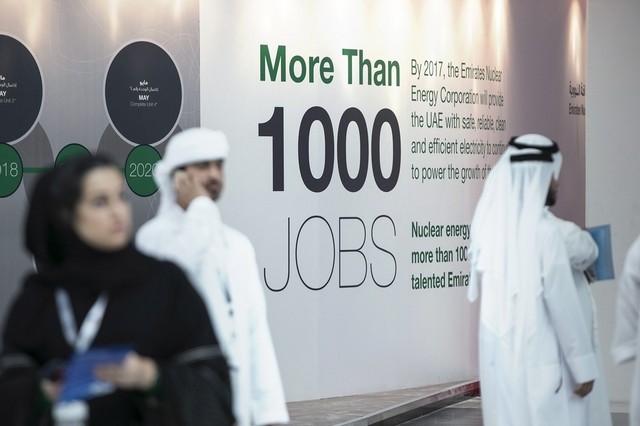 The UAE is the top country in the region in terms of developing and retaining talent – but grabbing the "Arab digital generation" will require a greater shift toward technology and away from oil, a new study said.

Insead Business School, with Google and the Centre for Economic Growth, released a report on Sunday that places the UAE in the top 20 of 118 countries and first in Mena for enabling, developing and retaining talent. The UAE also ranks above countries in central and southern Asia, Latin and Central America, the Caribbean and sub-Saharan Africa.

The Middle East and North Africa Talent Competitiveness Index also showed that even the talent leader had one of the highest rates of "fear of failure" and one of the lowest for entrepreneurial intention. It trails the UK, the US and ­Singapore considerably in terms of developing knowledge skills.

"The start-ups are mainly driven by foreign talent. There are some multi-stakeholder efforts to promote such behavioural skills, but the region still lags behind," the report said.

Bruno Lanvin, the executive director of global indexes at Insead, said that Mena has a younger demographic than the rest of the world, which is a blessing and a challenge when it comes to job creation.

"Technology is a critical dim­ension of this challenge as the jobs of the future need to be thought of in areas such as artificial intelligence, virtual and augmented reality and lifelong continuous upskilling," he said.

Arab millennials, who make up 60 per cent of the region’s population, are more connected than ever before. However, the Arab digital economy is only 4 per cent of GDP, half of that of the United States.

High youth unemployment is double the world average, at 30 per cent, as Mena struggles to create sustainable jobs.

Governments in the region have invested considerably in education to improve competitiveness – the equivalent of 18 per cent of total government spending – higher than the 14 per cent global average. In Mena, the problems of employment were structural rather than temporary with non-GCC countries expected to have an unemployment rate above 15 per cent "in the foreseeable future".

According to Magnitt, an online platform that helps entrepreneurs connect, investing in education and research and development is the key to fostering innovation – just as with Silicon Valley.

Philip Bahoshy, Magnitt’s founder and chief executive, said: "Investment regionally in education, research and development may not only lead to localised innovation but it will also breed engineers and the know-how of talent who are able to create start-ups and code products themselves rather than relying on the outsource model for technology development."

He said that in the short to medium-term, a key driver could be to encourage internships with start-ups. Governments could potentially sponsor internships with credible start-ups to provide a greater understanding of the entrepreneurial journey.

Magnitt’s research shows founders of the top 100 funded start-ups had nine years worth of experience before starting their companies. Not everyone can be a founder of a start-up like Facebook at the age of 20 – Mark Zuckerberg is an exception rather than the rule.