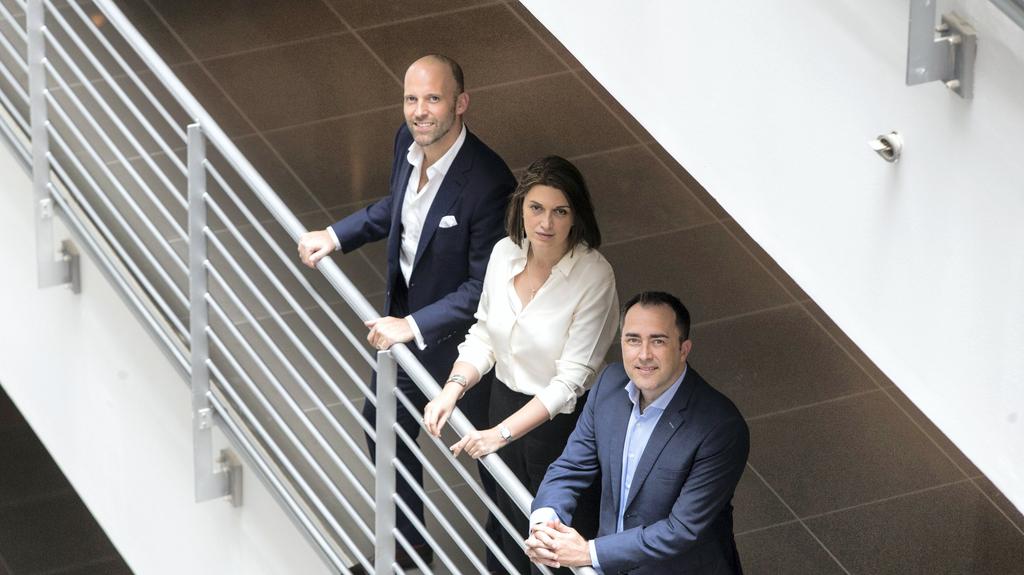 By Mustafa Alrawi/ The National

The picture in my mind of the archetypal corporate lawyer is of the formidable and besuited Harvey Specter of the faintly ridiculous American TV show Suits, all perfectly whitened gnashing teeth and razor sharp put downs. Basically, the last person in the world I would want to spend any quality time with. 'Get the job done please and never darken my doorstep again' would be my message to the Harvey Specters of this world.

Yet the stereotype of old is as out of date as is the idea of there being any kind of identikit culture in the corporate world today. The great disrupters – from Facebook to Uber to Tesla – have dismissed that idea as comprehensively as they have dismantled traditional business models. The unicorns that have inspired this change have also been the role models for a new generation of tech start-ups with aspirations to join their elite ranks.

Many entrepreneurs in the UAE and wider Arab world are part of this new wave, and like their counterparts in Silicon Valley, London and Singapore, they have their own ideas about where and how to get legal advice. And chances are, it won’t be from a Harvey Specter type. They might just roll up their sleeves and do it themselves.

Offering another alternative are Support Legal's Zoë Blakemore, Lee McMahon and Patrick Rogers. All of them accomplished lawyers having been at the ‘Magic Circle’ firms, they have partnered up to offer tech entrepreneurs and start-ups what they believe is the right kind of law firm.

Support Legal, which started operations earlier this year, eschews the billable hour cost structure employed by law firms throughout the ages, in favour of a business model based around the specific needs of each start-up's stage of development - whether it be due diligence, structuring friends and family investment agreements, or litigation – on a fixed price basis.

“There is a massive upswing in businesses being built in the tech space right now in the region," says Mr Rogers, a Canadian who has previously worked at DLA Piper and Jones Day. "We noticed that there was an increasing number of people coming to us saying ‘I’ve quit my job I have this idea, I have a term sheet from x, I have a co-founder, how should I structure this?'”

Much of the work a tech start-up might need falls in the gap between what an international firm would typically handle in terms of the cross-border nature of the work, and the reality that such a start-up will only be able to pay the kind of bills that a smaller, local firm might agree to.

“The billable hour makes it very difficult to provide cost efficient advice to these smaller companies,” says Ms Blakemore, a British national with extensive experience of M&A and corporate finance. “They are looking for a price point they can afford, but also for small businesses what is important is certainty of cost. We wanted to create a model to provide that certainty so we banned the billable hour. We will never charge by time.”

Support Legal is able to do this is by ensuring that any legal work is done as efficiently as possible. Only senior lawyers are used, with the firm's partners supported by a network around the world. Much of the early work normally done by paralegals or junior lawyers can be automated. The firm is utilising artificial intelligence (AI) software to help streamline processes, particularly where due diligence, discovery and litigation are concerned.

“AI might interpret court judgements and pull out information from a huge database of court judgments and create statistics.  It can do a level of research and produce something that is digestible,” says Mr McMahon, an Australian who is considered among the leading general counsels in the region.

A legal engineer – not a lawyer but rather someone who uses technology to help automate processes – is also about to be brought in-house by the firm.

All three partners have known each other since they arrived in Dubai more than nine years ago, partly a function of the higher echelons of the legal industry being a fairly small world. But three found themselves drawn together by a shared entrepreneurial spirit and less risk-averse temperament than the average corporate lawyer.

Support Legal is headquartered in the Abu Dhabi Global Market financial free zone, which the partners say offers many benefits in terms of structure and regulation. The jurisdiction will also allow for any potential outside investment if needed, something they say is not on the cards at the moment. The business has been entirely self-funded and is already making money (not counting what their combined salaries might be if they had to be paid).

“We have dug into our savings and put ourselves out there to do it properly but we have recouped [this investment]” says Ms Blakemore.

Two more client facing partners will join the firm in the fourth quarter. Already they are servicing clients with needs across the region and in Africa including in Cairo and Nairobi.

By the end of the year the company plans to launch an online resource for start-ups that will offer free content such as basic documents. This is not in of itself innovative as there are platforms elsewhere in the world that do the same, but this content will be tailored for the region.

Mr McMahon says that the firm is trying to help those aspiring entrepreneurs out there by providing documents that are designed for the region.

Support Legal is not the only company trying this approach but it seems to be one of the first in the Middle East and North Africa. In Australia, the US, the UK and Canada there are similar concepts. Where Support Legal is trying to be different is to lock in the trust factor by ensuring clients still have a single point of contact, which Ms Blakemore concedes also means it is a “challenge to make scalable”.

That however also means that they are experiencing the same challenges that their clients are facing – how to scale quickly, how to solve a problem in an innovative way, how to remain focused – which gives them an important basis for that trust to be established.

We can say to our client “you guys take risks every day, we’re willing to do the same”, says Mr Rogers.

The idea says Mr Rogers is to have a partnership approach with clients. That way they can grow together.