"The UAE Has Come Of Age In Terms Of Tech Prowess" - Muna Al Gurg, The Only Emirati Investor In Careem, On The Company's Acquisition By Uber 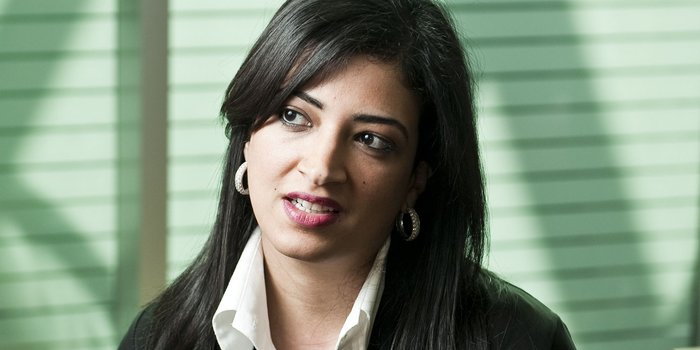 SOURCE: Entrepreneur Middle East - "The UAE Has Come Of Age In Terms Of Tech Prowess" - Muna Al Gurg, The Only Emirati Investor In Careem, On The Company's Acquisition By Uber

As the only Emirati shareholder in Careem, Al Gurg, who's the Director of Retail at Easa Al Gurg Group, has been hailed for her role in enabling the creation of the Middle East's biggest ever tech success story.

“It’s a big wake-up call.” That’s how Muna Al Gurg characterizes the impact the US$3.1 billion acquisition of Careem by Uber will have on the mindsets of investors in the UAE and the wider MENA region. As the only Emirati shareholder in Careem, Al Gurg, who’s the Director of Retail at Easa Al Gurg Group, has been hailed for her role in enabling the creation of the Middle East’s biggest ever tech success story, which is expected to inspire others in the UAE to follow her lead in the future.

“I used Careem before I had heard anyone ‘pitch’ the company,” Al Gurg says, as she recalls how she got interested in supporting the enterprise. “My first investor conversation happened at an event hosted by BECO Capital. Mudassir [Sheikha, co-founder and CEO, Careem] did a great job at outlining his vision for a tech-enabled transportation solution, and the idea really resonated with me.”

Al Gurg, who’s known for being an active proponent of the MENA startup ecosystem through her roles as Board Member at Endeavor UAE and Chairwoman of Young Arab Leaders (among others), claims to have been impressed with the way Careem was structured as a business from its very beginnings. “I’ve always been a massive supporter of Careem’s service,” she says. “Whenever I heard someone say, ‘Let’s call an Uber,’ I’d quickly chime in with a suggestion to “go local and use Careem instead.’”

But what about Careem made Al Gurg want to invest in the business? “There are many reasons, but to narrow it down, it was a mixture of a large market size, and a proven tendency for repeated use by customers,” she replies. “Careem had already proven its ability to scale, and they had the right team in place to further grow. A lot of hesitancy was, and continues to be, around profitability, and what kind of margins such a business can make as it matures.”

Al Gurg adds that she was hopeful for an acquisition when it came to the long-term prospects of Careem. “An exit via an acquisition was always my base case,” she says. “Obviously, this was always going to be dependent on the health of the other ride-hailing startups. During Uber’s leadership transition, I did have some concerns about its future trajectory, and whether it would be a possible acquirer. When Dara [Khosrowshahi, CEO, Uber] took over, his background suggested M&A was something he was comfortable with.”

As for what Careem’s exit means for the MENA startup ecosystem, Al Gurg points toward the benefits it will have for the region as a whole. “The impact is obvious," she says. "It's proof that large businesses can be built locally. Proof that foreign companies will invest in the region, given the right opportunity. With Souq and now Careem both being acquired, the UAE has come of age in terms of tech prowess. Going forward, we hope that the trickle-down and ripple effects from the acquisition facilitate more innovation.”