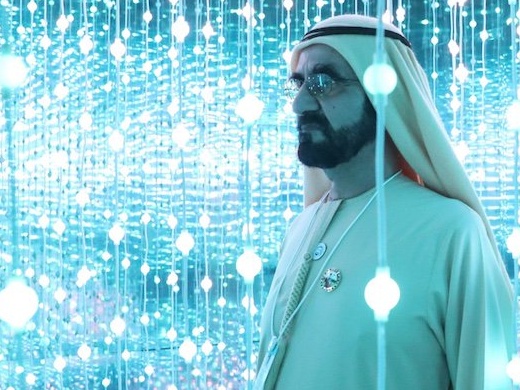 The UAE has become the second highest regional investor in AI over the last 10 years, says the AI Maturity Report in the Middle East and Africa

With a massive total of $2.15 billion, the UAE is the second highest regional investor in the Artificial Intelligence (AI) field over the past 10 years; said the AI Maturity Report in the Middle East and Africa (MEA). This study is conducted by Ernest & Young (EY) and commissioned by Microsoft.

''The bulk of this investment went towards social media and Internet of Things, IoT, transactions. This was followed by notable spend across a further eight technologies, including smart mobile, gamification, and machine learning,'' the report said.

According to the respondents who took part in the report survey, machine learning is the most useful AI technology as it provides decision support solutions. The following ones are smart robotics and text analysis, with a key focus to customer interactions.

Over the next three years, it is expected that the use of AI within UAE businesses will increase to a huge extent, as the number of executives who are interested to use AI to push their digital agendas is increasing quite fast.

Currently, 18 percent of businesses in the UAE believe that AI is their most important digital priority, and this number is only going higher. 94 percent of all the companies in the UAE have reported AI involvement in their executive management level. This is the highest in the MEA region by quite some margin.

Sayed Hashish, the Regional General Manager at Microsoft Gulf, said: "When we examine companies with high AI maturity, it’s clear that the technology is driven directly by the CEOs themselves. This high level of involvement typically results in greater investment in AI, broader adoption and a greater number of successful implementations.”

AI leadership capability also has some very impressive numbers in the UAE if compared with the other MEA countries. Among the respondents, 64 percent think that they have moderate to low level of AI leadership competency, while 24 percent UAE based executives consider themselves highly competent. Another 46 percent believe that they are either competent or very competent.

AI technology is gaining a lot of ground in the UAE because of the country’s openness to adopting new technology and strategies. More than 94 percent of the companies in the UAE have included ‘AI Strategy’ in their list of important topics at C-suite level, while 35 percent have reported that AI discussions are now happening from top management to non-managerial levels.

"Executives across the UAE are already investing significantly in the training and education of their employees. At the same time, businesses are engaging with external parties to promote skills transfer and making a concerted effort to identify relevant use cases for AI," added Microsoft’s Hashish.

"The country has made significant progress in elevating its AI agenda over the past three years, and all indicators point to the near future bringing significant improvement in the application of the technology as well."

The AI Maturity Report in the Middle and Africa was prepared based on interviews, surveys and case studies from 101 companies from all over the Middle East and Africa region. The major sectors were health, financial services, retail, professional services, ICT and media, manufacturing and resources, and infrastructure and transport.

The UAE has become the second highest regional investor in AI over the last 10 years, says the AI Maturity Report in the Middle East and Africa