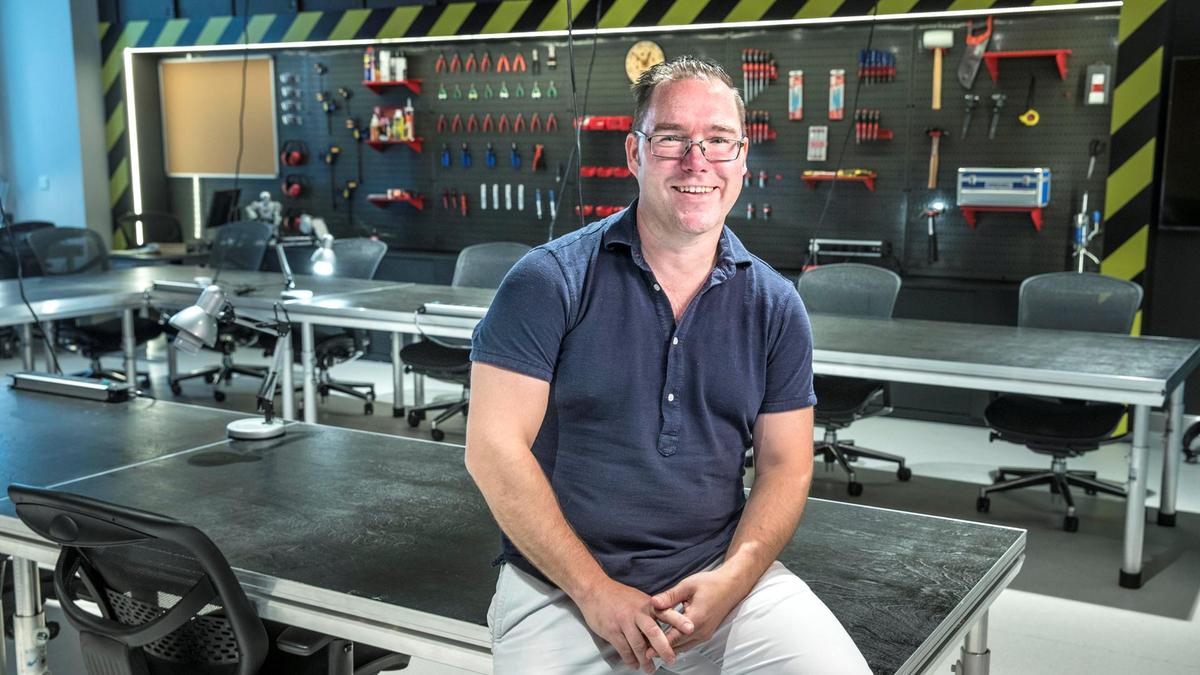 All start-ups have a mission: solve a problem big enough to build a scaleable solution – and in the UAE, as Innovation Month draws to a close, it is clear there is more entrepreneurial appetite than ever.

“I love the region, because the economies go through a massive transformation,” says Erkki Aaltonen, the director of StartAD, the New York University Abu Dhabi and Tamkeen incubator. “The Abu Dhabi Government understands it,” he says. According to theintelligentsme.com, there are around 300,000 small and medium enterprises in the UAE, contributing more than 60 per cent of the region’s GDP.

In Dubai, SMEs represent 95 per cent of all establishments.

The country came in at number 21 out of 190 of the economies for ease of starting a business, according to the World Bank Doing Business 2018 table. Compared with a year before, that’s a jump of five places.

And the country has the infrastructure needed to boost entrepreneurialism even further, offering would-be start-ups the knowledge and contacts, plus access to funding, that are almost impossible to achieve on their own.

Groups like StartAD, which offers core programmes and education initiatives for all members of the local start-up community – from innovators to early-stage entrepreneurs to investors – are crucial, Mr Aaltonen says. He is keen to point out the advantages he says StartAD offers. “We don’t compete with anyone. No one in the UAE has as many programmes as we do. We don’t ask for equity [and] we offer accommodation.”

StartAD takes 100 teams per year in four batches, and the competition is tough. Only five out of every batch gets extra mentoring, and just one or two secure investment.

To be considered, applicants present a working team and what is called the minimum viable product – where a new product or website is developed with sufficient features to satisfy early adopters, he says.

The team aspect is crucial.

The process for a start-up, from early stage until acquisition, may last 10 years, so a solid core of staff is essential for any investor’s evaluation. “Ideas are worthless, they don’t matter if the team cannot execute them,” he says.

Mr Aaltonen says he gains great satisfaction working with the would-be entrepreneurs: “It is feeling the superpower, the ability to see the future, what nobody can see yet – the impact will be in two, three or five years.”

He says the region’s start-up landscape is 10 to 15 years behind that of the US and Europe, but that more funding will enable more rapid development.

Successfully completing an incubator programme is merely the beginning, despite how enjoyable it may be.

“The enthusiasm goes up until the demo day,” he says, “but the day after, there is no safety net.”

Mr Aaltonen says new entrepreneurs should guard against getting too big for their boots: “When arrogance kicks in, failure comes in.”

His final recommendation: “We need more companies coming in at the early stage and to create safety nets, because the system is not that mature.”

Todd O’Brien, director of StartupBootCamp Dubai, the local branch of the global industry-focused accelerator, has been involved with about 5,000 start-ups.

Potential entrepreneurs can cram 12 months’ worth of experience into just three months: “The first three weeks, our teams have defined their business model compass, set up their development lists and met 45 local companies,” he says.

“It is a full-time day job for them. It is a hands-on approach.”

Launched in May last year, StartupBootCamp’s Dubai Smart City programme selected its first 10-team batch out of 1,051 applications: “It is a high number, considering that we take 6 per cent equity,” says Mr O’Brien.

“We will do four batches over the next three years. This will lead us to the Expo 2020.”