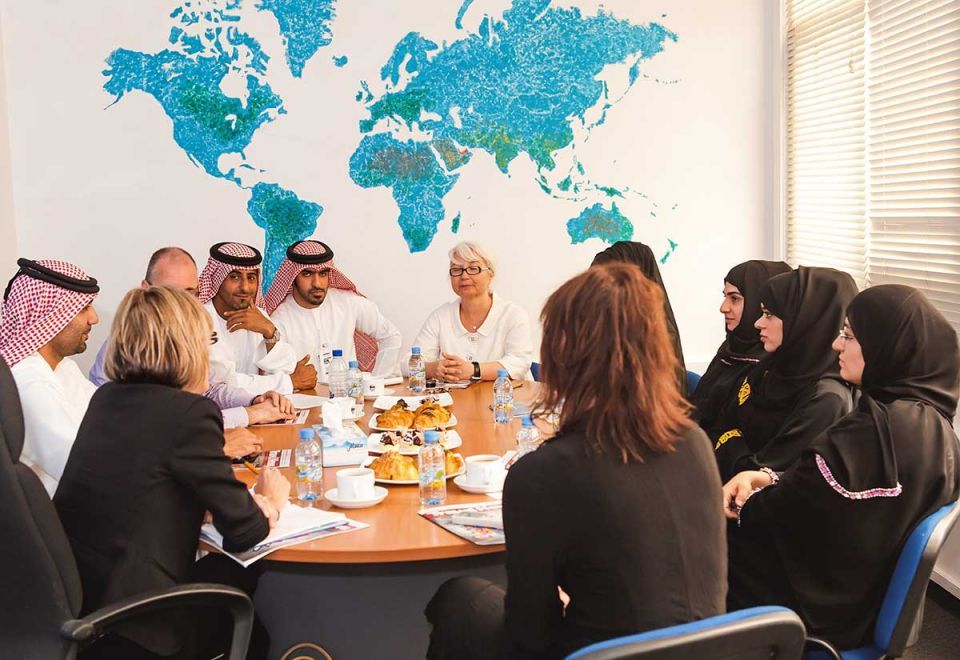 Opinion: Home to well over a third of the region's start-ups, the UAE is keen to hone to its entrepreneurial credentials, says Yigal Chazan is the head of Content at business intelligence consultancy Alaco

It may be a while before it can fairly be described as the Silicon Valley of the Arab world, yet the United Arab Emirates is rapidly becoming a leading technology hub in the region, drawing local and international entrepreneurs and generating substantial investor interest.

With the slump in the energy market, oil- and gas-dependent MENA states have sought, albeit slowly, to diversify their economies by promoting private sector development. Technology-based companies have been identified as key engines for growth in the hope of creating much-needed employment opportunities for expanding youthful populations.

Abu Dhabi and Dubai are setting the pace in the regional drive to create ecosystems capable of fostering entrepreneurial talent and enabling young companies to scale up.

The emirates secured 32 percent of start-up deals and 59 percent of investment in MENA in the first six months of 2018, according to MAGNiTT, the largest data platform for investors, entrepreneurs and corporates in the region.

Industry commentators predict that start-up funding worth more than $1bn is likely to be raised this year in the UAE, home to just over 40 percent of the region’s new tech companies.

They secured over 75 percent of the $650m of investment in MENA start-ups last year, the State of Digital Investments in MENA 2013-2017 report assessed.

Two Emirates-based companies, Careem, the app-based car booking service, and StarzPlay, an online subscriptions video platform, attracted the lion’s share of the funds, although the government is seeking to increase start-up exposure to investors. In April, UAE companies were prominent at an economic ministry event aimed at connecting entrepreneurs from around the world with prospective financial backers.

The UAE’s dominance of the Middle East technology sector is attributed to a number of factors such as the government’s provision of funding for start-up and incubators offering discounted operating costs; its encouragement of SMEs to bid for public contracts; high demand for the main digital business in the region, e-commerce; and the willingness of experienced career executives to take up the entrepreneurial challenge.

The emerging ecosystem is attracting growing numbers of international and local talent keen to tap into the opportunities. “There is a real network effect in the UAE,” global venture capitalist and writer on Arab entrepreneurship Christopher Schroeder told the trade magazine Computer Weekly last September.

Indeed, the Emirates boasts some of the most successful start-ups in the region, notably Careem, which says it has over 20 million registered users and was valued at $1.2bn last year, and the online retailer Souq.com, which attracts over 45 million visitors per month and was famously bought by Amazon for $580m last year.

One of the reason such companies have excelled is their skilful use of GPS technology to overcome a significant logistical pain-point in the region: the absence of standardised postal addresses.

Abu Dhabi and Dubai seek to promote such innovation in other sectors. Regulatory sandboxes enable fintech companies to test their products without having to comply with the regulations that more established financial service organisations are bound by. Emirati students are being encouraged to go on government-sponsored summer camps to acquire artificial intelligence skills.

The UAE is also actively embracing new technologies. It wants 50 percent of government transactions to use blockchain platforms over the next three years to make savings of around $3bn. The federation’s energy companies are said to be among the leading adopters of digital innovations, which are able to cut operation costs and increase productivity.

The technologies, which include equipment sensors, drones, advances in seismic imaging, will be showcased and discussed among other digital innovations in Abu Dhabi in November at the ADIPEC petroleum conference, the world’s largest energy industry event, which provides a forum for international and national oil companies to share knowledge on – and raise investment for – new developments in the sector.

Across the Middle East bureaucratic obstacles, such as the absence of insolvency legislation and burdensome red tape, have hamstrung start-ups. And the UAE’s business environment is not immune to these restrictions. The National reported in May that problems include operating costs, such as licensing fees and high rents, as well as access to start-up capital, with banks reluctant to lend to the SMEs which, it said, have been affected by cancelled contracts and late payments due to the country’s economic slowdown. A bankruptcy law introduced in late 2016 has had limited take-up “despite clear appetite for such legislation”, the paper said.

On the plus side, though, it pointed out that a new registry system will enable companies to borrow against their assets. And there have been other positive developments. In May, Abu Dhabi eased residency restrictions and foreign ownership rights in an effort to make the country more attractive to skilled professionals and foreign investors. Long-term visas will be offered to the former while the latter will be able to take full ownership of companies, previously only possible in free economic zones.

The Emirati authorities are ahead of the technology curve in the Arab world. They are backing bold ambitions with concrete policies and measures. Investors are taking note and beginning to engage, but they will probably want to see more business-friendly reforms and headline-grabbing start-up successes before the UAE begins to attract anything approaching the billions of dollars being invested in more established US, Asian and European hubs.