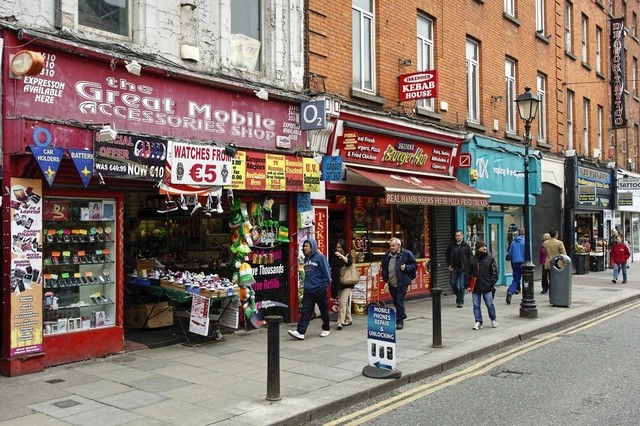 SOURCE: TheNational - UAE can take lessons from abroad on how to help start-ups 31st January 2017

In a recent article I pointed out the failure points in the UAE’s venture capital ecosystem, in particular the lack of support for entrepreneurs and start-ups. In this article I’d like to review some of the initiatives other countries have launched that could be useful in upgrading our ecosystem.

Given the recent visit to India of Sheikh Mohammed bin Zayed, Crown Prince of Abu Dhabi and Deputy Supreme Commander of the Armed Forces, let us start with that government’s efforts, and in particular the Startup India initiative. This initiative is comprehensive, starting with a streamlined registration process. Importantly, it has a streamlined bankruptcy process that seems to be fair – no extra-judicial imprisonment if an entrepreneur cannot financially meet a liability. There are also tax breaks for the company as well as investors in the company.

There are three major pillars, though, that are fascinating. The first is a US$1.5 billion government fund of funds. This seeds private-sector venture capital funds that in turn fund start-ups. The beauty of such an approach is that it deals with two important issues. The first is that it is actual private-sector venture capitalists who manage the final investments, not government technocrats. The second is that such a large diversification – there are 209 funds listed – reduces the risks of misallocation or cronyism.

The second major pillar is a $300 million credit guarantee programme, with a decent tenor of four years. Using such a programme allows the government to stimulate the start up-sector without the need to actually deploy funds. There is a second important effect, and that is lenders gain operating exposure to these start-ups without the credit risk. This can act as a bridge to an independent relationship whereby lenders finance start-ups without the need of a government guarantee.

The third pillar is priority for government business. We have similar programmes in the UAE but I have yet to see any reports on their effectiveness.

In Lebanon, the central bank launched a $400m initiative in 2014 that guaranteed up to 75 per cent of investments by commercial banks into start-ups or investments that invested in start-ups. Again, we have the guarantee element, which stimulates investments without government funding and exposes market participants to the venture capital part of a company’s funding structure.

The poster child for how to get it right is arguably Ireland with the €8bn (Dh31.5bn) Ireland Strategic Investment Fund, which although not purely a venture capital investment vehicle still has a wide remit in terms of where it invests, as well as the venture capital-focused Enterprise Ireland, in particular through its seed and venture capital scheme. The Irish also have a minister for jobs, enterprise and innovation.

One important issue that is missing in all three geographical examples is the widespread existence of agency monopolies. Since we in the UAE import nearly everything that we use, agency monopolies quickly enrich their holders without having to take any market risk. This leads to the rational response of not making risky investments. After all, why take risk if your return is legislated?

It is all very well for me to talk about what is being done elsewhere and what might be of help to the UAE’s entrepreneurs, but if the entrepreneurs of the UAE want a better ecosystem they need to speak with one voice to all the stakeholders and decision-makers. By example, I have been invited to speak at Next Money DXB, the Dubai chapter of a global fintech platform. I had never heard of them until two weeks ago, yet they have 1,160 members. If entrepreneurs across all sectors in the UAE connected, they would easily form a large enough constituency to be heard.

What is important? What should the message be? I think that the entrepreneurs should debate it and come to a conclusion. Here are some ideas to kick things off:

Monopolies disincentivise investment in risky ventures. We can have monopolies or we can have entrepreneurship and innovation. We cannot have both.

Lack of personal and corporate income taxes means that investment losses cannot offset tax payments. This removes a strong investment incentive that exists in most economies.

Let’s have 100 per cent foreign ownership. It currently exists, we just penalise foreign entrepreneurs by making them pay law firms and sponsors to create a shadow corporate structure. This means less money for business development.

Programmes aimed only at Emiratis are by definition social programmes and not investment programmes. There is nothing wrong with that, but we need to be clear about the distinction. A strong economy needs an entrepreneurial spirit, regardless of the nationality of the entrepreneur.

The government can crowd out innovation as easily as it crowds out the local credit markets. Why not start privatising existing profitable companies and using the funds to further develop the economy? Loss-making government companies that provide no basic social benefit can be shut down to allow for entrepreneurs to build commercially viable alternatives.

If the entrepreneurial community comes together and develops a constructive rapport with the other stakeholders in the economy, then the probability of a positive outcome is higher.

SOURCE: TheNational - UAE can take lessons from abroad on how to help start-ups 31st January 2017