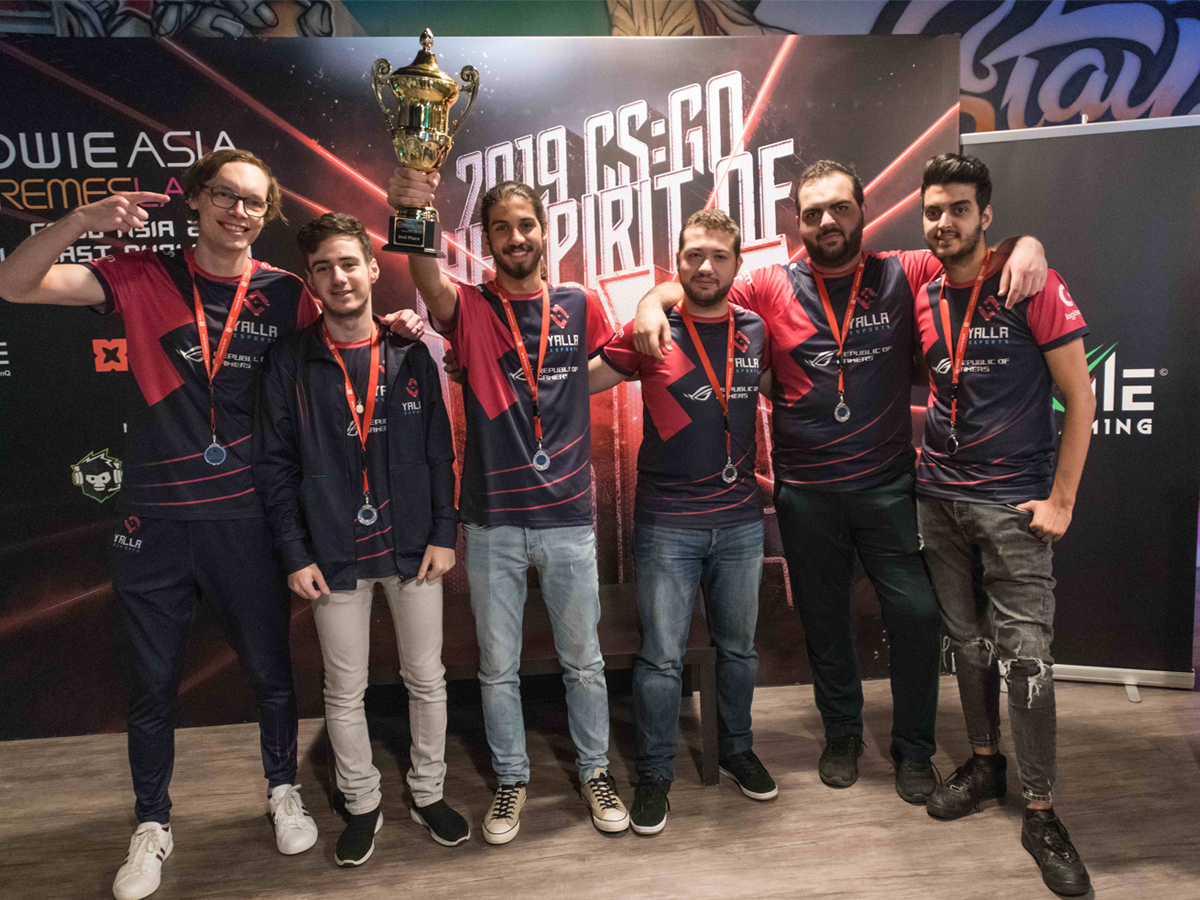 UAE based startup 'YaLLa Esports' qualifies for three international tournaments worth US$1.2 million

- A pioneer in region’s esports, recent historic achievements by team will see regional talent compete on the global stage

- Team founder Klaus Kajetski, “A really exciting time for esports in our region as there’s a lot of talent in MENA. Viewership and fanbase is growing exponentially”

UAE-based startup esports organization YaLLa Esports qualified for three large-scale international tournaments during the month of September. YaLLa’s players, all from the MENA region, will compete in the Hearthstone Masters Tour finals in 2019 in Bucharest with over $1,000,000 in prizemoney; Clash Royale League World Championships in Spain with US$100,000 in prizemoney, and Counter-Strike: Global Offensive in Shanghai with $100,000 in prizemoney for a total of over US$1.2 million in prize money.

Klaus Kajetski, founder of YaLLa Esports said, “It’s a really exciting time for Esports in our region as we are getting qualifiers and opportunities to compete on a global scale. There’s a lot of talent in the MENA, millennials are driving this industry and the viewership is witnessing the fastest growing fanbase of any world sport.”

Like all major sports across the globe, whether soccer, rugby, or formula 1 racing, Esports also has many unique characteristics in that there are many different games with individual and team competitions requiring gamers to have multiple unique skills including fast reflexes, quickly recognizing and navigating various situations, buying the right items, to communicating with their team to take objectives or ambush an opponent, and more. It is the norm to have one player or one team only focused on one particular game, just like how an individual player or team is soccer or rugby focused, or Formula One racing focused, to reprise our examples.

YaLLa Esports assembled their Counter-Strike squad a mere two months ago, bringing together Omar “3ARK00Z” Shukri from Jordan, Bilal “Senpaii” Chehab and Bilal “Dead” Oubari from Lebanon, Adel “Remind” Guermassi from Tunisia, and Anis “Kheops” Mokrani from Algeria. The international superstar squad competed in the UAE qualifier this weekend with a substitute, Elie “Joker” Basil from Lebanon, replacing Adel at the last minute due to visa issues.

Notable achievements from key YaLLa team members include Saeed Eliwat from Jordan, who battled through hundreds of players to take first place at Legends of Arabia IV in Hearthstone, thus becoming the first to qualify for Master Tour from the MENA region. Moreover, Ahmed “THEAWESOME” Abdelrahman from Egypt won first place in the 315-player Egypt Clash Royale qualifier without dropping a single round in order to grab one of a few exclusive spots at the Red Bull MEO final in Spain. The YaLLa Counter Strike squad fought through two international qualifying tournaments to secure a slot in ZOWIE eXTREMESLAND in Shanghai.

The Middle East has often been overlooked with high latency and sub-optimal conditions, with players having to choose to compete in Europe or Asia. Local teams are doing their best to showcase the region’s potential and talent and the results are already apparent with organizations like Blizzard, BenQ, and Red Bull reserving exclusive tournament slots for MENA teams.

Finnish-born, Dubai-based esports trailblazer, Klaus Kajetski founded YaLLa Esports in 2016, having been heavily involved in building the regional esports ecosystem. With 20 years of esports and gaming experience, Klaus has grown YaLLa Esports to a globally recognized team with players from multiple nationalities including the UAE, Algeria, Egypt, Lebanon, Saudi Arabia and Tunisia, having success in international and regional esports tournaments to date.

In April 2019, YaLLa Esports announced it had raised a six-figure USD amount from regional angel investors. The startup has already partnered with leading brands including ASUS Republic of Gamers, Logitech G and Western Digital.

Kajetski concluded by commenting on the career potential for aspiring professional esport gamers, "Esports is definitely a viable career for keen talented gamers. We at YaLLa Esports are planning to create several fully-employed salaried gamers over the next few years. Also, an esports career is not only a player anymore. As the ecosystem grows, opportunities as caster, coach, analyst and many others start to pop up as well."

According to research undertaken by NewZoo, a global leader in games and esports analytics, worldwide esports revenues will hit US$1.1 billion in 2019 and the total esports audience will reach 453.8 million viewers this year. Financial services company Goldman Sachs recently published a report on the esports industry, projecting annual revenue to grow to US$2.96 billion by 2022. That projection comes largely on the back of the massive growth potential the company sees in the esports population.

UAE based startup 'YaLLa Esports' qualifies for three international tournaments worth US$1.2 million