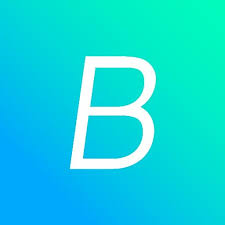 “Bridg,” a UAE-based mobile payment platform that connects merchants and customers via their smartphones and Bluetooth is scheduled to launch on iOS, Android and Windows in the second half of 2015. The app can work as an alternative to card payments as users can top up their account with credit.

The company is in the midst of raising $700,000 funding. The co-founders Moussa Beidas and Nadim Jarudi recently won €20,000 ($22,670) at the 2015 GCC Pitch Challenge Final in Dubai.
According to the co-founder of Bridg, Moussa Beida,“Initially, it was a savings app and it developed into something more utilitarian, because we realized there are many people around the world who are unbanked or not always connected.” He aims to target developing countries with a large smartphone user base, countries which are not well-connected to the internet and countries which are unbanked.

The GCC Pitch Challenge Final as reported by Ozan Sönmez, was “Organized by Startup MENA, an initiative powered by Venture Scout and funded by the European Commission, was held in Dubai on April 29. The 12 startups from six countries were pressure-tested by experienced mentors to perfect their five-minute pitches in a workshop before the finals. The winner was awarded a €20,000 cash prize.”

The technology provided by Bridg eliminates the need for physical point-of-sale systems. It processes transactions between two devices even if both the devices are not connected to the Internet. When both devices are not connected, Bridg caches the secured data and processes it once either of the device connects. If other Bridg users are around, Bridg uses mesh networking to find the devices in the area that might be connected and processes the payment through them in the background.

The payment platform works through Bluetooth, which means that users can pay at any place that does not have Internet or a data connection. It makes it convenient for users to pay through any phone that has Bluetooth, which eliminates the need for a  smartphone.

As stated in the website, “Using a card machine is only as safe as the person using it. Keeping track of who you are and when you use your card is the crucial next step to securing your payment, and that’s exactly what we’ve done.”