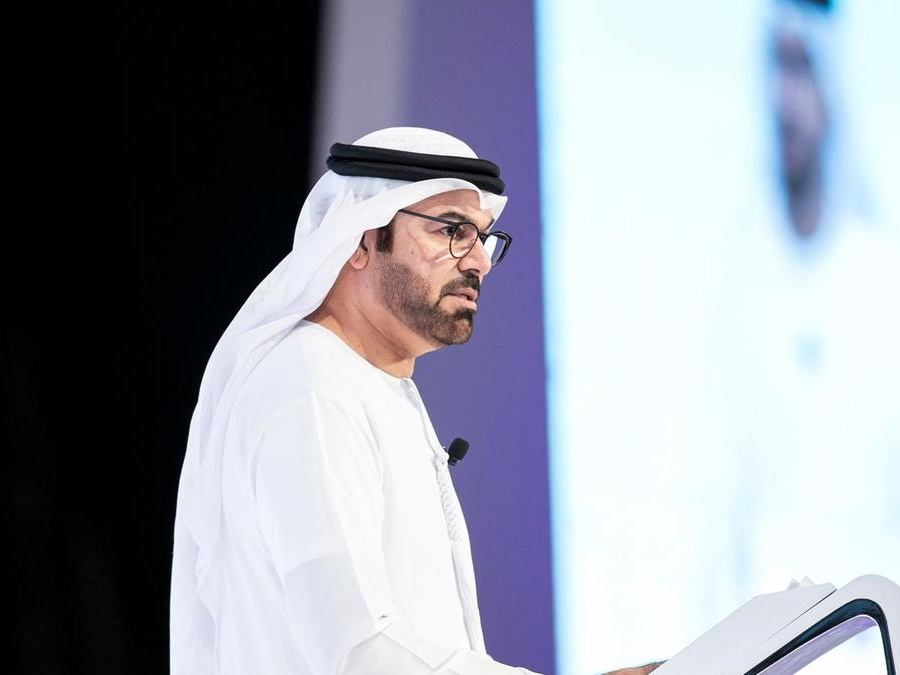 A senior UAE minister has announced a new Global Coder initiative aimed at teaching five million people from underprivileged families how to code.

Mohammed Al Gergawi, Minister of Cabinet Affairs and the Future, said the scheme would boost businesses and help to create jobs.

Modern coding, the process of designing and building often complex computer programs, has become a vast field relied on by companies around the world for everyday operations.

“Today I am announcing Global Coder,” Mr Al Gergawi told an audience at the annual meeting of the World Economic Forum in Davos, Switzerland, on Tuesday.

“Our aim is to teach five million young people coding, for them to create jobs, to give them opportunities so they can startup companies. We know what sort of jobs that will be required in the future.”

Mr Al Gergawi spoke of his upbringing in Dubai, where lack of running water or electricity was common for many families.

He said few people believed the UAE, which was formed in 1971, would survive, but that history had told a different story.

Mr Al Gergawi said that today, it was essential for the UAE to continue to build on its successes and ensure economic prosperity for all.

Launching a programme to help train coders would better equip workers for the future.

“I was born in the '60s in the city of Dubai. Back then, we had no running water, we barely had electricity. No proper health care, no university.

“It was a very small city, the country wasn’t even formed, it was just a city. Then in 1971, a country was formed, and that country was called the United Arab Emirates.

“Considered a small state, nobody thought it would survive.”

At the Forum, high-profile speakers address guests on the opening day of the annual gathering.

US President Donald Trump touted the success of the US economy, dismissing “perennial prophets of doom” on climate change to an audience that included Greta Thunberg.