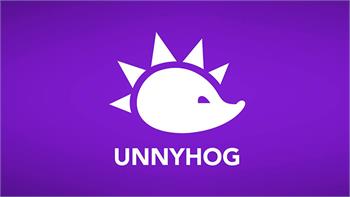 twofour54 has taken a stake in cross-platform gaming start-up, Unnyhog, with the purpose of bolstering the gaming industry in Abu Dhabi, highlighting twofour54’s leading role in developing this growing sector locally and regionally.

A graduate of Flat6labs’ first cycle in 2015, Unnyhog was established with the objective of introducing technological innovations to gaming design. Unnyhog recently developed UnnyWorld, a cross-platform massive multiplayer online game based in a fantasy world. UnnyWorld utilises a gesture control technology that was designed to provide an engaging experience in a fast-paced game played by millions worldwide.  Acting CEO of twofour54, Maryam Al Mheiri, commented: “We are witnessing a growing demand in the gaming sector due to increased online connectivity, smartphone penetration and availability of 3G and 4G technologies in emerging markets. Now more than ever, entrepreneurship is playing a vital role in boosting economies and employment opportunities. At twofour54 we dedicate resources to investing in the entrepreneurs and start-ups who will be the leaders and employers of our future industry. We have previously invested in Falafel Games and Jawaker, with our support of Unnyhog today further testament to our ongoing commitment to the gaming sector of Abu Dhabi’s the media and entertainment industry.”  Justin Kan, YCombinator Partner said: "We invested in Unnyhog because Pavel and the team seemed like great founders and minute one we became addicted to the game. Can't wait for the launch!"  Pavel Ignatov, Founder and CEO of Unnyhog, said: “We are focused on changing the gaming industry through developing unique games and the support we received from twofour54 is highly valued and appreciated for what it can help us achieve. We are grateful for our experience with Flat6labs and twofour54 and look forward to providing the regional audience with attractive and unique content.”   A study commissioned by twofour54 and Strategy& in 2014 showed that gaming is the fastest-growing media segment in the Middle East and is expected to nearly triple in size from $1.6 billion in 2014 to $4.4 billion by 2022. Although console gaming is still the leading platform, online, digital and mobile games are projected to become the dominant platforms in less than a decade. With almost 530 million mobile phone users in the Middle East alone and smartphone penetration rising 39 per cent in 2015, it is expected that 50 per cent of all gaming revenue will come from mobile gaming by 2022.  In addition to providing funding, twofour54 works with entrepreneurs and early stage businesses to develop their business plans and also provides ongoing expertise, support and mentoring to help them succeed. twofour54’s investment in Unnyhog brings its investment portfolio to 11 companies along with Silkroad Images, Mumzworld, Falafel Games, Jawaker, PopArabia, T-Break Media, Akhtaboot, Nibras, Istikana, and The Luxury Closet.