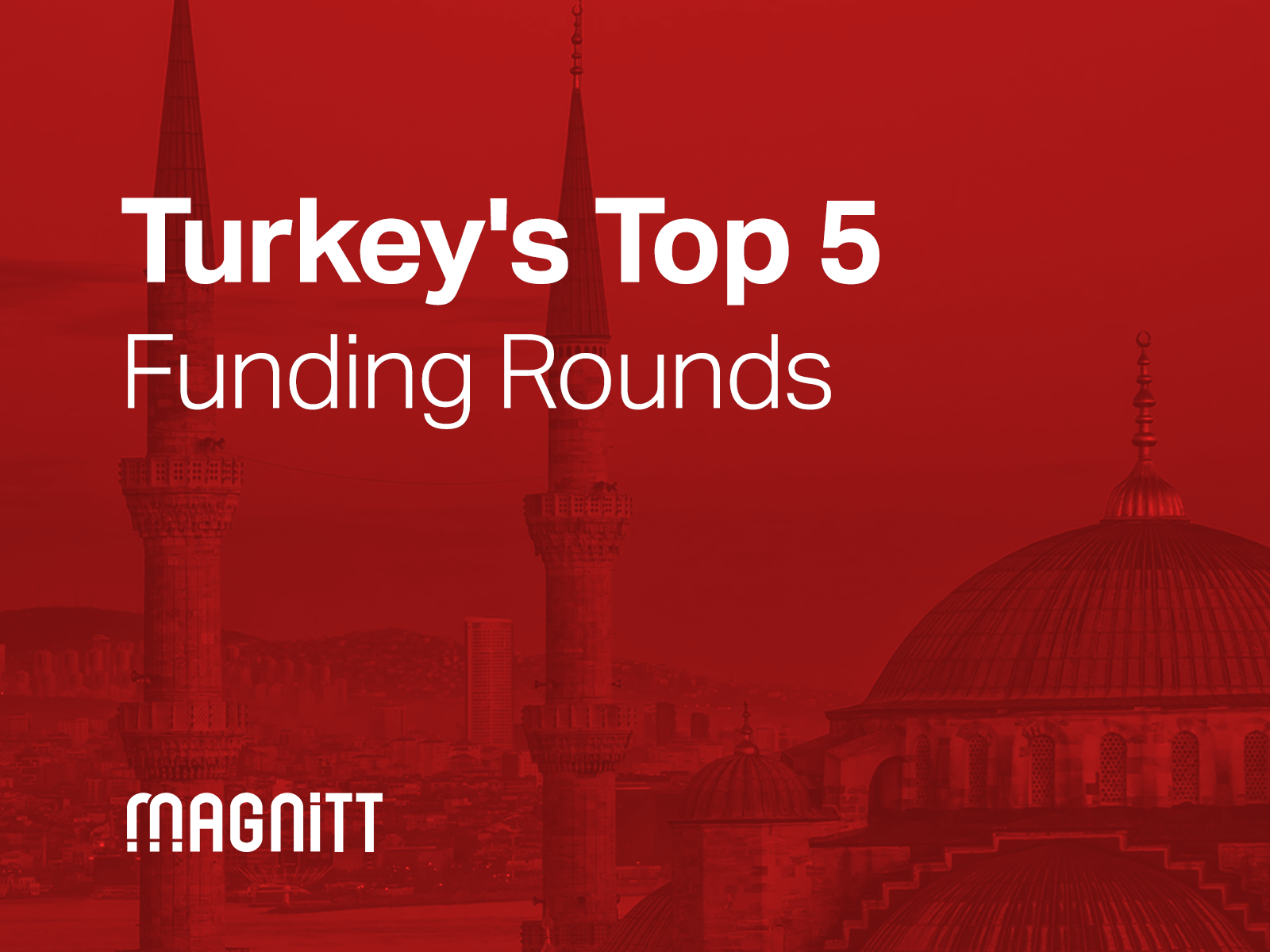 MAGNiTT's 2021 Turkey Venture Investment Summary found that $383M was invested in Turkey-based startups last year, which is almost triple that of 2019 (a +182% increase). The capital was invested in 140 deals with the average investment size being $2.7M. There were multiple larger deals in the country, with the top 5 rounds accounting for 63% of all capital invested last year.

Alongside this, 2020 saw Zynga, a global leader in interactive entertainment, announce its acquisition of Peak, the globally successful mobile gaming company, for $1.8B, putting a global spotlight on not just the Turkish startup ecosystem, but the gaming industry in particular. The country has become a hub for startups focused on mobile gaming and casual puzzle games, and the acquisition highlights the trust in the country's booming gaming market. This year, a startup founded by alumni of the acquired Peak, raised a significant Series A round, reinforcing the strength of Turkey’s gaming developers.

Elsewhere, Getir, the Delivery & Logistics company, raised two major funding rounds, with its latest fundraise this week, valuing the company at $2.6B.

We're only 3 months into 2021, yet are witnessing significant capital being raised for the country's startups. Do you predict funds raised in the country this year, will outdo that of 2020? Discover the top 5 funding rounds in Turkey-based startups below, from January 2020 YTD (March 2021).

Discover all funding rounds in Turkey-based startups on MAGNiTT

The startups listed are based on MAGNiTT data of the top disclosed funding rounds in Turkey startups from January 2020 YTD.

Founded in 2015, Getir is a technology company that joins the worlds of mobile technology and logistics, providing solutions to the delivery of goods in urban areas. Through its mobile app, it offers an on-demand "ultrafast" delivery service for grocery items, in addition to a courier service for restaurant food deliveries.

Earlier this week (March 2021), Getir secured its $300M Series C round, just two months after its Series B round. Led by Sequoia Capital and repeat investor Tiger Global, the funds will be used to support its growth in Turkey, the UK, and its rapid expansion strategy into three more European markets in the coming months.

In July of 2020, Vivense raised a $130M Series E round from Earlybird Venture Capital, FJ Labs, and Actera Group, making it the country's mega-deal last year.

Prior to its Series C round this week, Getir also secured a $128B Series B round just two months ago in January 2021. The round was led by Moritz’s Crankstart Investments and Brazilian Base Partners, with participation from Tiger Global, Goodwater Capital, Esas, Fiba, and Revo.

As a result of this round, the Istanbul-based company planned to launch across the world in London, which it did, and also Sao Paulo, Mexico City, and other locations.

Loop Games is a developer of mobile gaming software intended to bring fun and happiness to people's lives. The company's software offers puzzle games where users can break in and break their heads along with other games, enabling users to play interesting games online in an easy way.

In February of this year, Loop Games raised a $60M Series A funding round, from Tilting Point - a free-to-play games publisher that aims to empower independent developers to grow and flourish.

“Tilting Point was instrumental in providing the UA funding and expert consulting that we needed to boost Match 3D to its rapid success; if not for their support, the game wouldn’t be where it is standing right now,” said Loop Games CEO, Mert Gur.

Dream Games is a mobile gaming company founded by former Peak Games developers. Its objective is to combine technology and creativity to develop high-quality mobile games that will be played for years to come.

Similarly, in February 2021, Dream Games raised its $50M Series A funding round, led by Index Ventures, with participation from Balderton Capital and Makers Fund. Along with the funds raised, Dream Games announced the GA launch of its first title, Royal Match (on both iOS and Android)

"We are focusing on casual puzzle games first because everyone plays these, but we will also move forward with other genres. We want to be a huge interactive entertainment company that builds high-quality games," CEO Soner Aydemir, said.