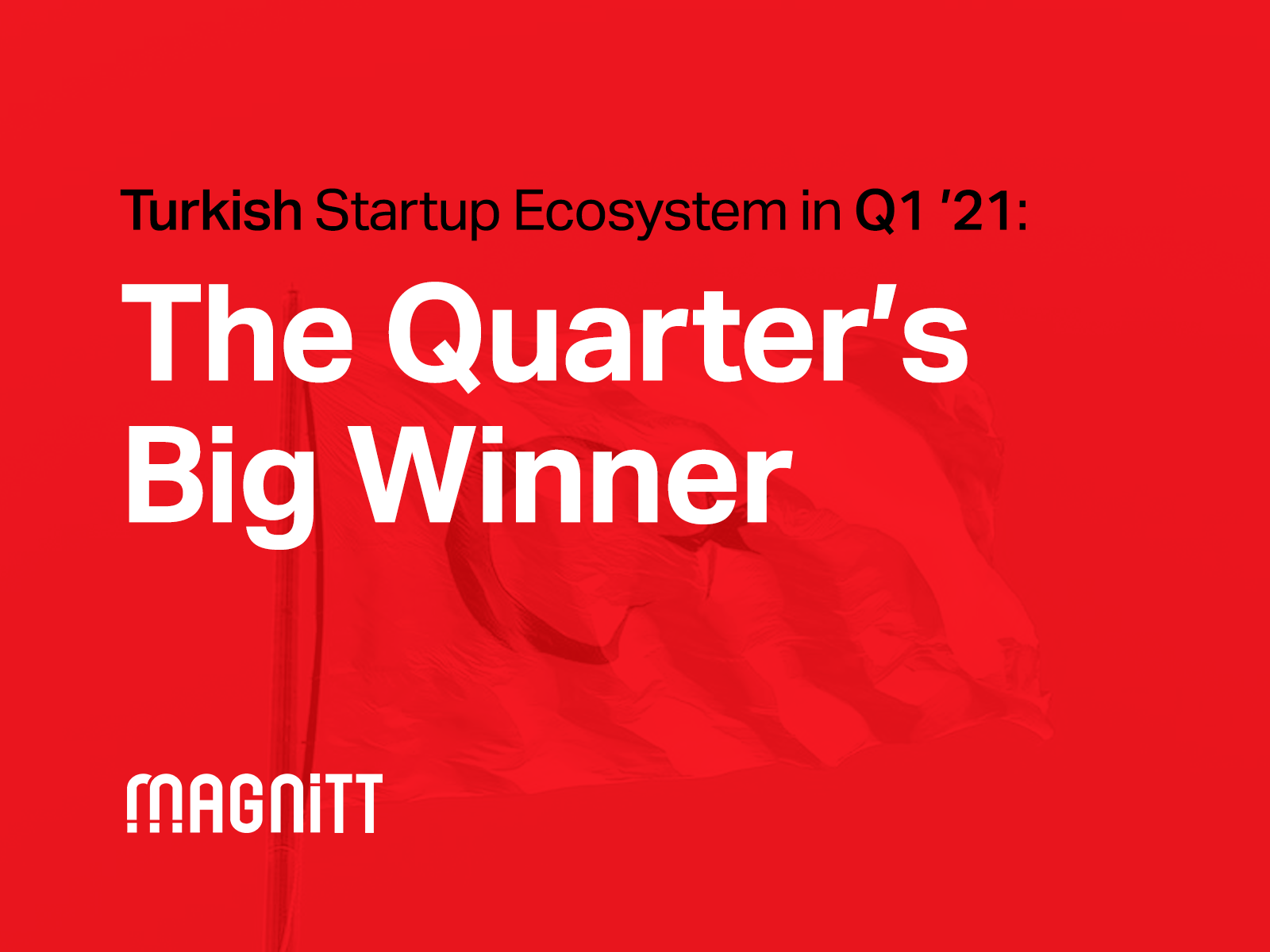 Both the capital raised and the number of deals closed by Turkish startups exceeded that in any other EVM market. The country’s technology ventures closed 58 deals in Q1 ‘21, amounting to half (51%) of those closed in MENA, and raised a massive total of $650M, more than double the funding deployed in the MENA region ($288M).

Delivery & Logistics startup Getir was behind 66% of all capital raised in two mega rounds worth a total of $428M. Remarkably, no mega deals were recorded across Middle East and North Africa during this same period. Moreover, even the fourth largest deal in Turkey was a good $5M greater than the largest deal in MENA.

Despite the fact that two-third of all capital was deployed in only one startup, a flurry of early stage deals kept the Turkish startup funnel healthily packed. Of the 58 total transactions, 83% were deals sized below $3M and established an average ticket size of $800K among themselves. Furthermore, only six transactions in Turkey were above $5M, indicating a decent amount of early stage ventures actively raising capital to support their initial development.

The sharp boom in Gaming startups stood out as a key highlight in the Turkish venture ecosystem. In Q1 ‘21, 29% of all deals in Turkey were closed by Gaming ventures, a staggering year-over-year increase from just one deal in Q1 ’20 to 17 in Q1 ’21. Furthermore, every fifth dollar of venture funding in the country was invested into Gaming. Turkey’s already prospering Gaming industry thrived further during periods of the pandemic as consumption of the activity inflated.

Having started off 2021 on such a strong note, Turkey’s startup ecosystem is the space to watch this year as a promising hub for venture investment.

To get the complete view on important trends in the venture capital ecosystem in Turkey, download MAGNiTT's Q1 2021 Turkey Venture Investment Report. If you're interested in a deep-dive on venture activity across MENA and Pakistan, access our latest relevant research here.